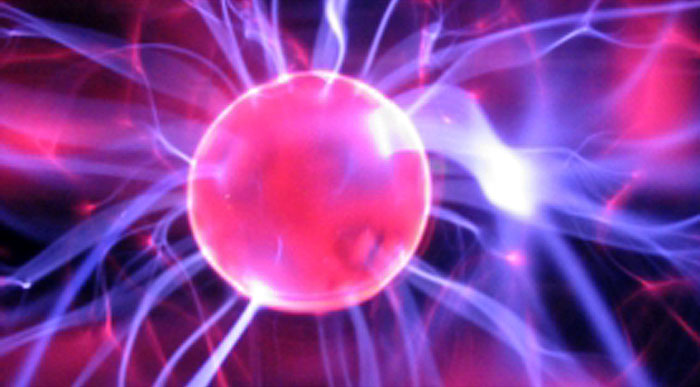 Conflicting results in measurements of how long neutrons live has physicists rethinking their experiments, because solving the riddle may point the way to exotic new physics
.
Despite decades of taking measurements, scientists cannot agree on how long neutrons live. Neutrons are stable inside atoms, but on their own they decay in about 15 minutes, more or less, into a few other particles. Exactly how much more or less is the sticking point. Each experiment seems to yield a different answer.
The lack of resolution is frustrating. Understanding the lifetime of the neutron is important not only for knowledge’s sake but also to answer other more fundamental questions about new physics beyond the known particles and processes in the universe, says Jeffrey Nico, who leads a neutron lifetime experiment at the National Institute of Standards and Technology (NIST) in Gaithersburg, Md. “We can’t leave this disagreement just hanging out there.”
To measure how long neutrons last before decaying, scientists look for either the disappearance of neutrons or the appearance of their decay products. Neutrons disappear through a process called neutron beta decay, transforming themselves into protons by emitting an electron (shedding a negative charge to become positively charged) and an antineutrino. One method of measuring how long neutrons last before decaying entails trapping a group of neutrons inside a physical bottle and counting how many remain after various lengths of time. Another, called the beam method, is to produce a tightly confined spray, or beam, of neutrons and surround it with a “proton trap” to count the protons created when neutrons decay.
Beam experiments have been going on for more than 30 years, with the leaders in the field located at NIST. Their best, latest beam results, published in 2013, measured the neutron lifetime at 887.7 seconds, plus or minus 3.1 seconds. Bottle experiments, in contrast, go back only about 15 years but have already posted results with higher precision than beam findings. The best result to date from a bottle experiment came in 2008 from a collaboration between the Petersburg Nuclear Physics Institute and the Joint Institute for Nuclear Research in Russia, along with the Institut Max von Laue Paul Langevin (ILL) in France. That team measured the neutron lifetime at 878.5 seconds, plus or minus one second.
- 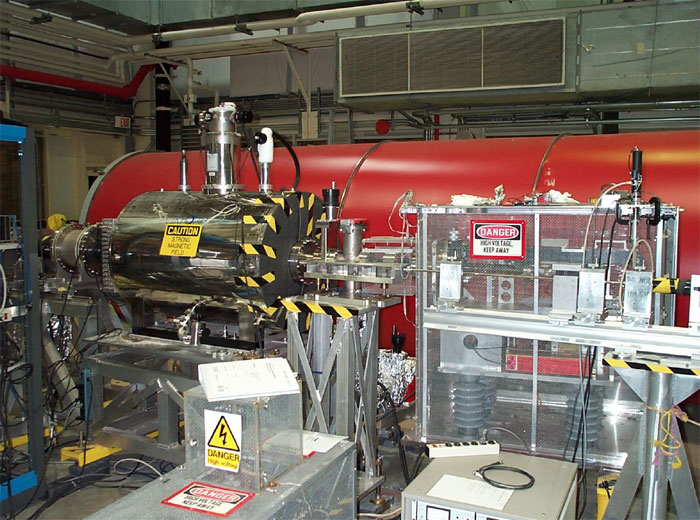 Neutron beam experiment at the National Institute of Standards and Technology.
Credit: Nico/NIST
.
A difference of about nine seconds may not sound like much, but it is larger than the estimated error bars on the experiments, meaning those error bars are wrong on some—maybe all—of the results. “The discrepancy is embarrassing,” says University of Tennessee physicist Geoffrey Greene, who worked on the NIST project. “One or more of us screwed up, and we just have to find out which ones.”
And although nine seconds is not long, it is enough to make a difference in some calculations that rely on the neutron lifetime, such as predictions of how the first atomic nuclei formed. Protons and neutrons started out as free particles in the hot, dense baby universe. Only after the cosmos had cooled sufficiently—within in the first 20 minutes after the big bang—did they combine to form nuclei in a process called nucleosynthesis. “Essentially all of the helium in the universe was made at that epoch,” Nico says. To know how many neutrons were available to form nuclei, scientists must know how long neutrons last before decaying. “For big bang nucleosynthesis, right now the neutron lifetime is the input with the largest uncertainty on it, so by improving the neutron lifetime, you can improve those predictions,” Nico adds.
If nucleosynthesis predictions turn out not to match evidence from astrophysical observations of the abundance of helium, for example, exotic physics just might be at work. One possibility is dark matter—the invisible, but plentiful, substance in the universe thought to be made of some types of undiscovered particles. “All sorts of dark matter candidates might actually play a role in big bang nucleosynthesis,” says theoretical physicist Susan Gardner of the University of Kentucky. These particles might have interacted with protons and neutrons or participated in reactions somehow to alter the number of nuclei that formed.
Understanding neutron beta decay is also important for understanding one of the four fundamental forces of nature—the weak force. This force is responsible for nuclear fusion as well as radioactive decay—such as neutron beta decay. “Neutron decay is one of the simplest examples of the weak interaction between light particles like electrons and heavy particles like quarks [the ingredients of neutrons],” Greene says. “That’s what we’re trying to get at by studying neutron decay.” The standard model of particle physics describes neutron decay very well, but scientists wonder if it is the full description. If measurements of neutron decay ever deviated from standard model predictions, they might point us toward a new, deeper level of physics.
Another possibility is that new physics is behind the trouble scientists are having with neutron lifetimes. The discrepancy between bottle and beam measurements is curious, scientists point out. Bottle experiments tend to find a shorter neutron lifetime than the beam tests do. Perhaps neutrons occasionally decay by a process other than beta decay, which means they might turn into something other than protons. That would create a number of “missing” protons in the beam experiments, which would lead them to measure a longer lifetime than bottle experiments. (It would seem as if fewer neutrons are decaying in the allotted time, when really they are simply decaying into additional, unseen products.) “Is there some kind of new physics that could explain getting a different value for these two methods?” Greene asks. “The fact that we’re seeing a longer lifetime is consistent with the notion, and that would be tremendously exciting, but I think it’s more likely somebody’s screwed up their experiment.”
Neutron decay experiments are painstakingly complex. For beam experiments, the main challenge is to make sure to correctly tally both the neutrons in the beam, and the protons that result from neutron decays. “Conceptually it’s fairly straightforward, but the trick is counting those particles absolutely,” Nico says. Additionally, the researchers must measure the length of the proton trap precisely to get accurate measurements.
The difficulty in bottle experiments comes from the bottle—particularly the possibility that neutrons interact somehow with the bottle walls , which can be made of various materials, such as oil-coated copper. “When the neutron touches the wall, in the ideal case they should be totally reflected with no losses, but there can be contaminations on the wall,” says Peter Geltenbort of ILL, a member of the leading bottle experiment team. That group is working on building a larger bottle, and comparing the results with experiments using smaller bottles. “The idea is if you compare different bottles, you can then do an extrapolation to an infinitely large bottle and bring the precision down to an order of 0.3 or 0.4 seconds.”
Another tack is to eliminate the walls of the bottle altogether. A few teams are working on “bottles” made out of magnetic and gravitational fields, as opposed to tangible materials, to trap neutrons. Although neutrons don’t have an electrical charge, their spin gives them what’s called a magnetic moment, making them act like tiny magnets inside a magnetic field. “We put more than 5,000 individual magnets together to form a trap, and the neutrons are effectively levitated by the presence of this strong magnetic field,” says Chen-Yu Liu, a physicist at Indiana University Bloomington who is working on a magnetic-gravitational field bottle experiment at the Los Alamos National Laboratory.
Ultimately, both the beam and bottle experiment teams hope they can reconcile their results. “I think it’s universally acknowledged that both methods are fundamentally sound,” Greene says. “It’s a matter of the devil is in the details.” And if neutrons persist in their befuddling behavior, it just might mean the universe is a bit more complicated than we thought.
Quelle: Scientific American
« Zum vorherigen Eintrag Zum nächsten Eintrag »
3614 Views
Created with page4