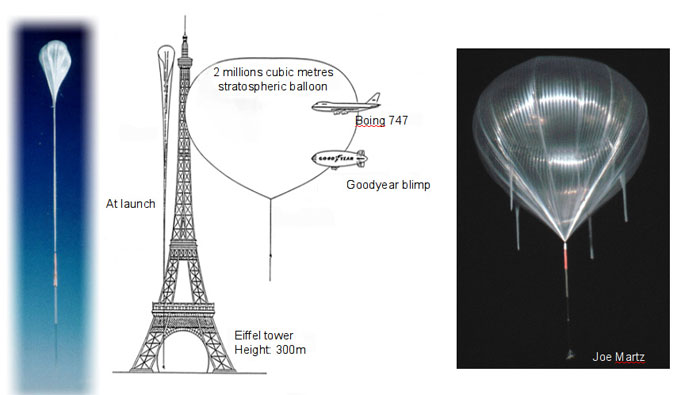 The scientists behind the project call it EchoBeach: a plan to send a giant helium balloon into the skies to study planets in other solar systems. And indeed, it could well be a beachhead for Echo - another ambitious space mission currently under consideration.
Led by physicist Enzo Pascale of Cardiff University in the U.K., the EchoBeach experiment would allow researchers to identify what the atmospheres of distant alien worlds are made of – and do so much cheaper than other space missions.
“It will be a 1.5m telescope hanging from a balloon at very high altitude - 40 kilometers (or nearly 25 miles) – in the stratosphere,” Pascale said. “There’s science to be done, very compelling science.”
Quelle: SC
EchoBeach-Experiment
3880 Views
Created with page4