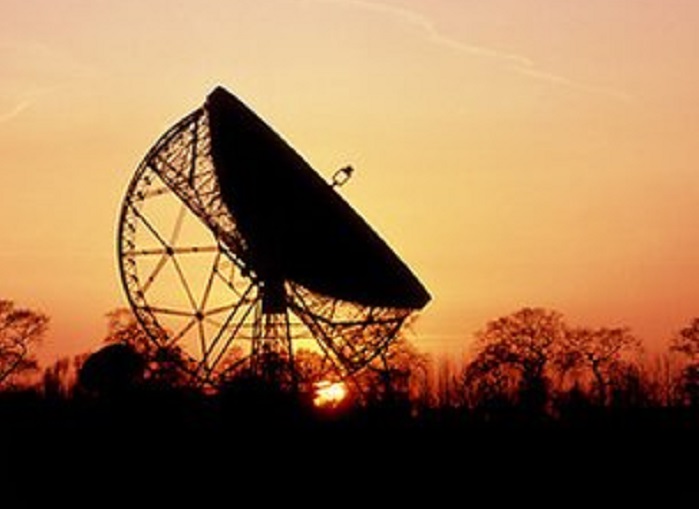 British scientists are to make a concerted effort to look for alien life among the stars.

Academics from 11 institutions have set up a network to co-ordinate their Search for Extra-Terrestrial Intelligence (Seti).

The group is asking funding agencies for a small - about £1m a year - sum of money to support listening time on radio telescopes and for data analysis.

It would also help pay for research that considered new ways to try to find aliens.

Currently, most Seti work is done in the US and is funded largely through private donation.

"If we had one part in 200 - half a percent of the money that goes into astronomy at the moment - we could make an amazing difference. We would become comparable with the American effort," the University of St Andrews researcher told BBC News.

The UKSRN held its first get-together at this week's National Astronomy Meeting.

British researchers and facilities have had occasional involvement in Seti projects down the years.

The most significant was the use in 1998-2003 of Jodrell bank, and its 76m Lovell radio telescope, in Project Phoenix. This was a search for signals from about 1,000 nearby stars. Organised - and paid for - by the Seti Institute in California, it ultimately found nothing.

Jodrell has since been updated, linking it via fibre optics into a 217km-long array with six other telescopes across England. Known as eMerlin, this system would be a far more powerful tool to scan the skies for alien transmissions.

And Jodrell's Tim O'Brien said Seti work could be done quite easily without disturbing mainstream science on the array.

"You could do serendipitous searches. So if the telescopes were studying quasars, for example, we could piggy-back off that and analyse the data to look for a different type of signal - not the natural astrophysical signal that the quasar astronomer was interested in, but something in the noise that one might imagine could be associated with aliens. This approach would get you Seti research almost for free," the Jodrell associate director explained.

"There are billions of planets out there. It would be remiss of us not to at least have half an ear open to any signals that might be being sent to us."

In addition to eMerlin, the UK is also heavily involved in Lofar - a European Low Frequency Array that incorporates new digital techniques to survey wide areas of the sky all at once.

And Jodrell itself is the management HQ for the forthcoming Square Kilometre Array, a giant next-generation radio observatory to be built in South Africa and Australia. It will have incredible power, not only to screen out interference from TV and phone signals here on Earth, but to resolve very faint signals at vast distances. It has been said the SKA could detect an airport radar on an alien world 50 light-years away.

One attraction of Seti is the great potential for "citizen science" involvement.

The Seti@Home screensaver has proved to be a big hit with the public, using downtime on home and business PCs to analyse radio telescope data for alien signals. The UK has a strong history in this area also with projects such as Galaxy Zoo, which sees citizen scientists help professional astronomers sift and classify the colossal numbers of images we now have of galaxy structures.

Sir Martin said there was huge public interest in the Seti question and some modest state funding for the area would probably get wide support.

"I'd put it this way: if you were to ask all the people coming out of a science fiction movie whether they'd be happy if some small fraction of the tax revenues from that movie were hypothecated to try to determine if any of what they'd just seen was for real, I'm sure most would say 'yes'," he told BBC News.

The issue is whether UK astronomy, currently operating under very tight fiscal constraints, can afford any spare cash for a field of endeavour that has completely unknown outcomes.

"[British astronomy] faces the prospect of a reduced volume of research grants, and participation in future high-impact facilities [eg the Large Synoptic Survey Telescope] is threatened. I would be shocked if STFC's advisory panels rated the support of UKSRN higher than such scientifically compelling competition."

Dr Penny argued Seti could make a strong case, and that his group would try to get research council backing.

"The human race wants to explore, wants to find things out, and if we stop trying we're on the road to decay," he said.

British astronomers have drawn up plans to scour the heavens for signs of alien life using a network of telescopes that can detect broadcasts from other planets.

Seven major telescopes across the country would gather data for the project and send information over hundreds of kilometres of fibre-optic cables to analysts at Jodrell Bank Observatory in Cheshire.

The plans would establish Britain as the second largest centre for alien hunting in the world after the US, which has a number of projects dedicated to the search for extraterrestrial intelligence (Seti).

An advanced civilisation might make itself known by beaming messages into space, or by leaking local radiowave transmissions, just as early broadcasts of Hancock's Half Hour will by now have reached stars more than 50 light years from Earth.

Speaking at a Royal Astronomical Society meeting in St Andrews on Friday, Tim O'Brien, deputy director of Jodrell Bank, described how the array of telescopes, known as eMerlin, could join in the hunt for ET.

"We now have the capability to collect radiowaves across a wide swathe of the radiowave spectrum, and that allows us to look at the possibility of searching for the sorts of signals that might be created by ET civilisations," O'Brien said.

The work requires exquisitely sensitive radiowave receivers that can sift promising signals from the noise created by broadcasts on Earth and natural sources. Scientists expect alien broadcast signals to be sharper and to vary in different ways from those seen in nature.

The eMerlin telescopes are used around the clock to study exotic cosmic objects such as quasars, pulsars and dying stars. The cheapest way to hunt for advanced aliens is to pore over these data for evidence of their broadcasts.

But with more money, astronomers could do targeted searches and turn their telescopes towards regions of the sky where planets are known to orbit stars in the habitable zone, where conditions are neither too hot nor too cold for liquid water to form.

"Ask astronomers do they think ET exists and most will tell you yes," O'Brien told the Guardian. "We don't know what the nature of life would be, or whether it wants to communicate with us, but since we're collecting all this data anyway, it seems rather remiss not to search for ET signals."

If astronomers found signs of intelligent life, communication with the aliens would likely be fraught with difficulties. The language barrier would only be the start. "If it takes 1,000 years for our message to reach them, we are never going to have a scintillating conversation," O'Brien said.

Alan Penny, head of a newly established UK Seti research network, said advanced aliens may have remained elusive thus far for several reasons. They may have destroyed themselves before they had the technology to make contact with others. Or we may be alone. "The human race wants to know what's out there. And until we look, we won't know," he said.