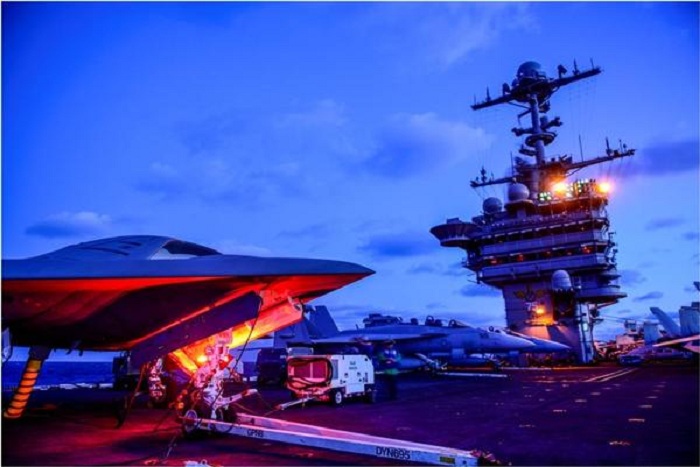 “The UCAS-D combined government/Northrop Grumman team should be commended for their professionalism, commitment to testing excellence and ability to successfully accomplish all primary test objectives,” said Rear Adm. Mat Winter, program executive officer for Unmanned Aviation and Strike Weapons. “Additionally, I want to thank the entire USS Harry S. Truman crew for their over and above support for our dynamic and versatile testing evolution.”

UCAS-D testing began Nov. 28, just one day after the demonstrator, designated AV-2, was hoisted onto the carrier. While in port, the aircraft conducted system checkouts and other testing including the first ever powered flight deck taxi test on Dec. 1, just three days prior to getting underway for the at-sea testing.

During the 15-day underway period, AV-2 completed numerous communication and telemetry checks on the flight deck, including the first Control Display Unit (CDU) taxi at sea, Dec. 9. The CDU is an arm-mounted remote control unit which UCAS deck operators use to drive and fly the aircraft. Additionally the team completed other tests using the CDU including deck operator control handoffs, maneuvering tests, and transits across the arresting wires.

“With tremendous enthusiasm, the entire crew was extremely excited to be a part of this testing,” said Capt. S. Robert Roth, CVN 75 commanding officer. “There was obvious curiosity about the aircraft and pride to be part of Naval aviation history. These tests were the perfect match of a crew that knows the environment and the operation of aircraft at sea and a team with impressive new technologies.”

The X-47B concluded its flight deck taxi tests, deck operator hand-off tests, and flight deck capability tests Dec. 15, prior to Truman’s return to Norfolk. AV-2 will return to Patuxent River, Md. by barge in the next week.

In the coming months, two X-47B aircraft are scheduled to demonstrate arrested landing at the shore-based facility here. Additional carrier demonstrations are planned in the spring/summer 2013 timeframe based on ship availability.

The Navy UCAS program is intended to identify and reduce technical risks associated with developing potential future unmanned, carrier-compatible systems. It is an essential first step toward full-scale development of a carrier- suitable unmanned ISR/strike platform. 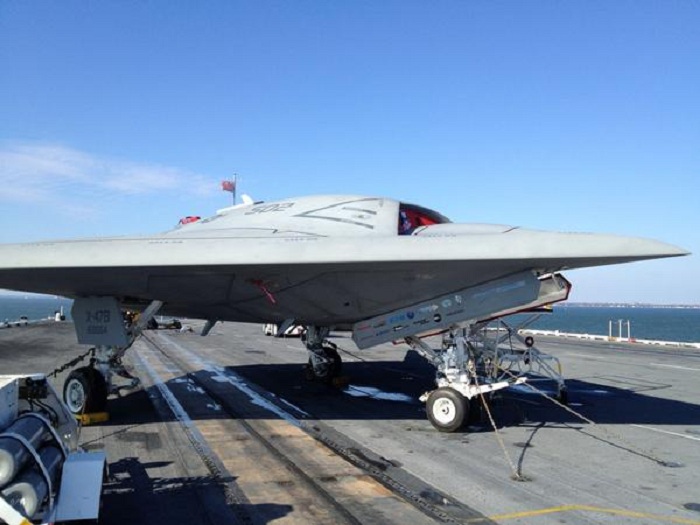 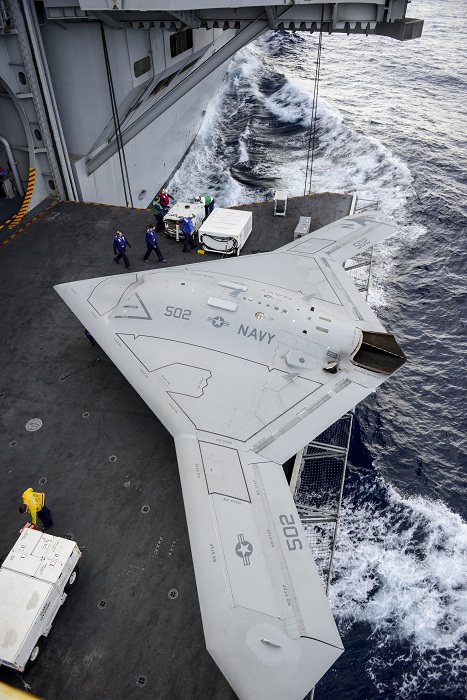 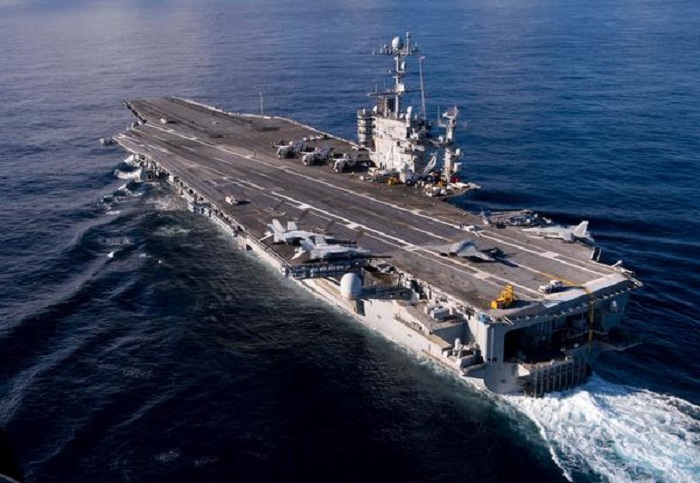