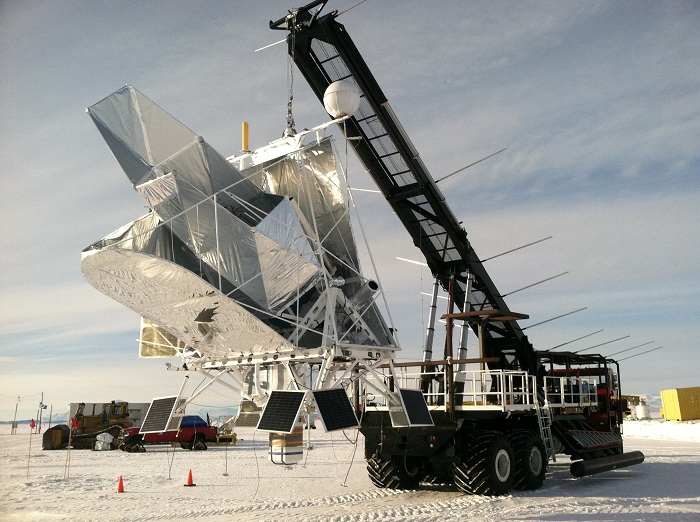 NASA's balloon-carried BLAST sub-millimeter telescope is hoisted into launch position on Dec. 25, 2012, at McMurdo Station in Antarctica on a mission to peer into the cosmos.
CREDIT: NASA/Wallops Flight Facility

A giant helium balloon is slowly drifting above Antarctica, about 22 miles (36 kilometers) up. Launched on Tuesday (Dec. 25) from the National Science Foundation's Long Duration Balloon (LDB) facility on Earth's southernmost continent, it carries a sensitive telescope that measures submillimeter light waves from stellar nurseries in our Milky Way.

This is the fifth and final mission for BLAST, short for the Balloon-borne Large-Aperture Submillimeter Telescope, and mission designers hope it will reveal why so few stars are born in our galaxy. 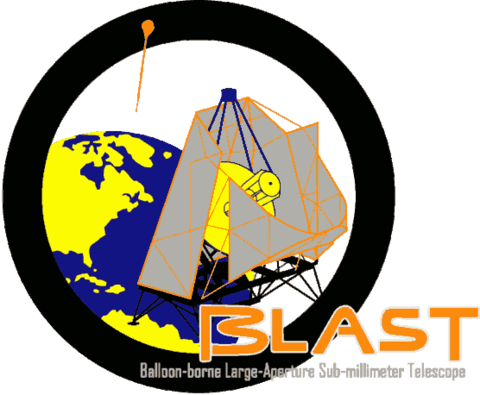 NASA and the National Science Foundation launched a scientific balloon on Monday, Dec. 20, to study the effects of cosmic rays on Earth. It was the first of five scientific balloons scheduled to launch from Antarctica in December.

The Cosmic Ray Energetics And Mass (CREAM VI) experiment was designed and built at the University of Maryland. CREAM VI is investigating high-energy cosmic-ray particles that originated from distant supernovae explosions in the Milky Way and reached Earth.

Currently, CREAM VI is floating at 126,000 feet above Antarctica with nominal science operations.

Two smaller, hand-launched space science payloads have already been launched, flown, and successfully flight terminated. They carried the Balloon Array for Radiation-belt Relativistic Electron Losses (BARREL) experiment designed and constructed at Dartmouth College. BARREL will provide answers on how and where Earth's Van Allen radiation belts, which produce the polar aurora, periodically interact with Earth's upper atmosphere. These test flights will help scientists prepare for similar flight experiments scheduled for launch in 2013 and 2014.

Next in line will be an experiment from the University of Pennsylvania called the Balloon Borne Aperture Submillimeter Telescope (BLAST). This experiment will investigate how magnetic fields impede star formation in our galaxy. BLAST's instrumentation and telescope will collect data to make the first high-resolution images of magnetically polarized dust in a number of nearby star forming regions.

NASA scientific balloons are composed of a lightweight polyethylene film, similar to sandwich wrap. Flying to altitudes of nearly 25 miles, the balloons carry payloads weighing up to 6,000 pounds.

During part of each Antarctic summer, from December to February, NASA and the National Science Foundation conduct a scientific balloon campaign.  Two unique geophysical conditions above Antarctica make long-duration balloon flights circumnavigating the continent possible during the three-month period.

A nearly circular pattern of gentle east-to-west winds that lasts for a few weeks allows the recovery of a balloon from roughly the same geographic location from which it was launched and permits a flight path that is almost entirely above land. Balloons are illuminated continuously because the sun never sets during the Antarctic summer. And balloons maintain a constant temperature and altitude, which increases and stabilizes observation times. By contrast, in other areas of the world, daily heating and cooling cycles change the volume of gas in the balloon and cause it to rise and fall, severely limiting fly times.

NASA's Wallops Flight Facility in Virginia manages the scientific balloon program for the agency's Science Mission Directorate in Washington. Under NASA safety supervision, the launch operations are conducted by the Columbia Scientific Balloon Facility in Palestine, Texas, which is managed by the Physical Science Laboratory of New Mexico State University. The National Science Foundation manages the U.S. Antarctic Program and provides logistic support for all U.S. scientific operations in Antarctica. 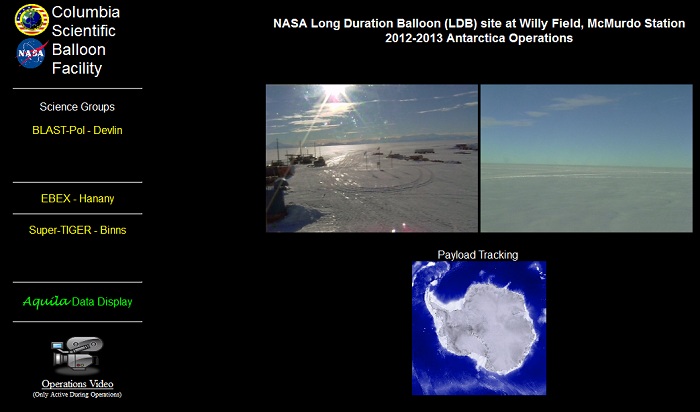 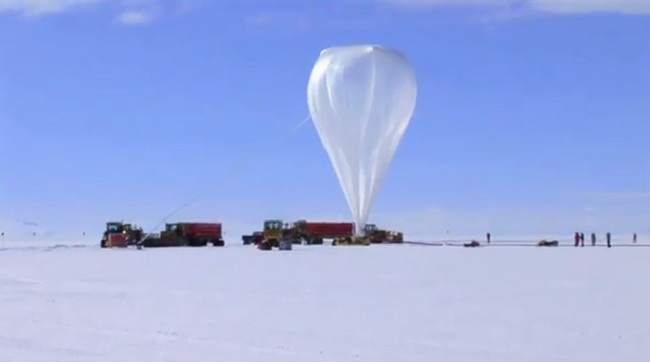 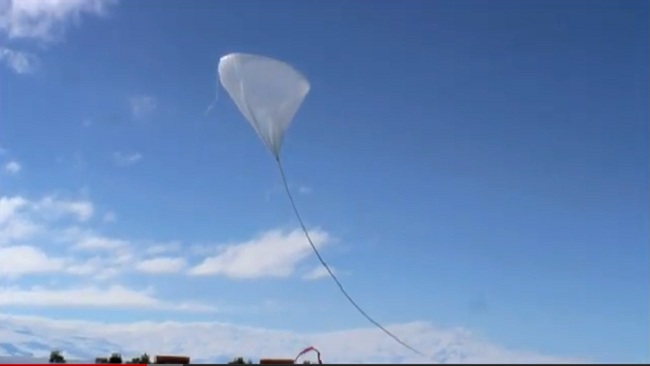 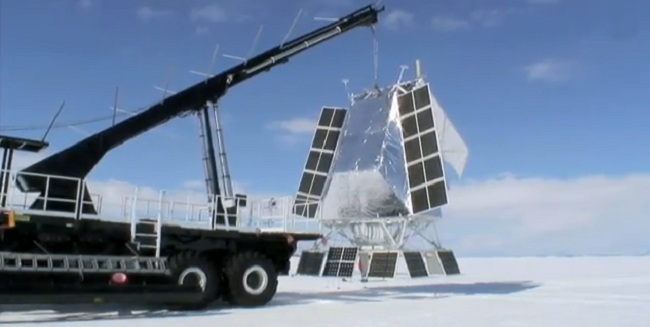 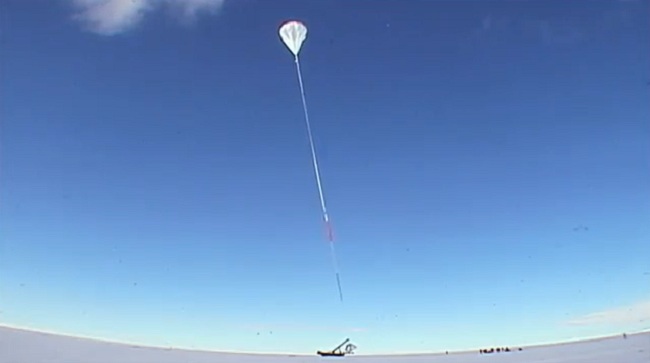 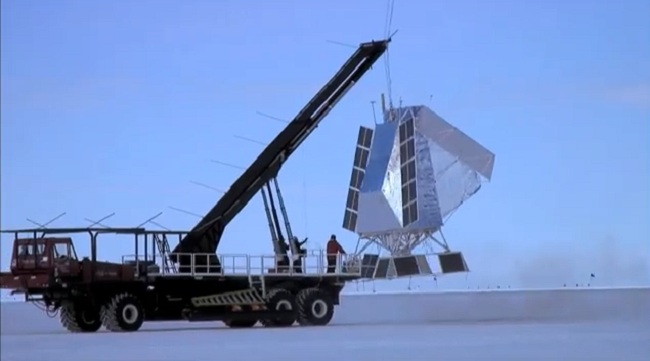