Sonntag, 1. Juli 2012 - 22:41 Uhr
NASA space shuttle trainer lands at Seattle's Museum of Flight
July 1, 2012 — Seattle's The Museum of Flight on Saturday (June 30) moved a nose closer to exhibiting a full-size mockup of the space shuttle with the delivery of the front section of a retired astronaut trainer by a large NASA cargo plane.
Thousands of spectators gathered for a "Shuttlefest" in the museum's parking lot to see the Super Guppy aircraft deliver NASA's Full Fuselage Trainer's (FFT) crew compartment from Johnson Space Center in Houston. Before landing at Boeing Field, the bulbous cargo plane circled the Seattle area — including flying by the city's landmark Space Needle — and then made a low pass over The Museum of Flight to the delight of the waiting crowd.
Once the aircraft was on the ground and towed into place, the Guppy's flight crew began the process of swinging open the plane's unique hinged nose to reveal and offload the nose of the mockup shuttle.
"I think I can speak for all Washingtonians, when I say I am honored that such a critical part of our nation's history will be right here in Washington state at The Museum of Flight," Governor Christine Gregoire said during an arrival ceremony staged in front of the Super Guppy.
Staged for Flight
The Full Fuselage Trainer was used for more than 30 years to train every person who flew on the space shuttle. Astronauts used the mockup to learn how to exit the vehicle after emergency landings and to gain familiarity with the lighting inside the orbiter's payload bay.
The crew compartment, which is approximately the same size as the observation deck of the Space Needle, is a mostly wooden but detailed replica of the shuttle's iconic black and white nose section with its interior, dual level cockpit and living area. It was the first and most recognizable of the mockup's three large segments to arrive at the museum.
Smaller parts, at least in relation to the crew cabin, were shipped to the museum earlier, including the FFT's three mock main engines. Still to be delivered by the Super Guppy are the trainer's 60 foot (18 meter) payload bay and the shuttle's aft section that supports the vertical stabilizer, or tail, and twin maneuvering engine pods.
Once all the parts have arrived in Seattle later this summer, the museum plans to reassemble the wingless FFT in its Charles Simonyi Space Gallery, a 15,500 sq. foot exhibition hall that was originally built to display a space-flown shuttle. Unlike the real orbiters' displays however, visitors to The Museum of Flight will be able to go inside and tour the trainer. 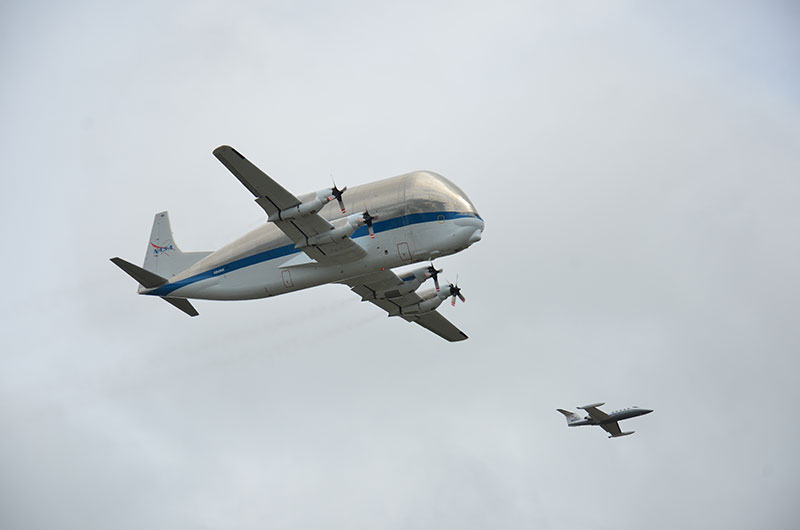 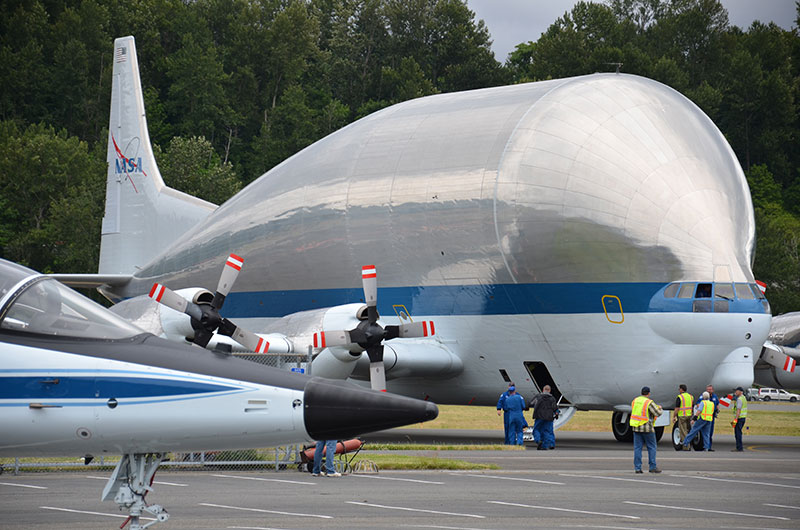 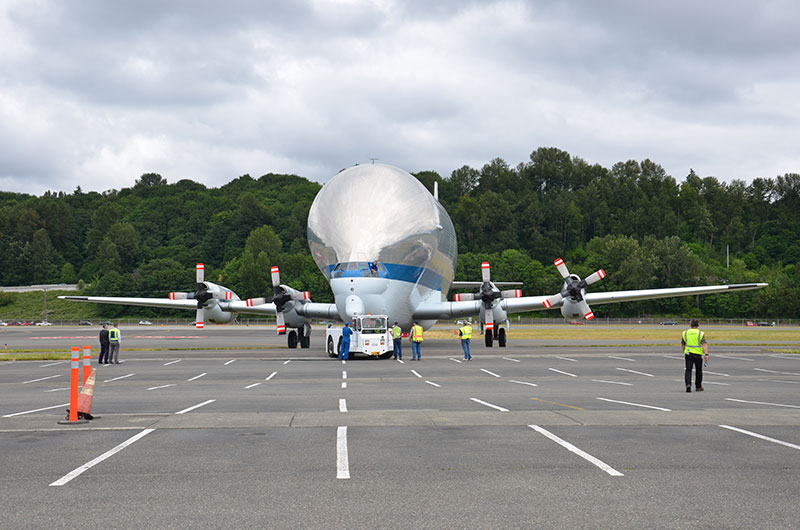 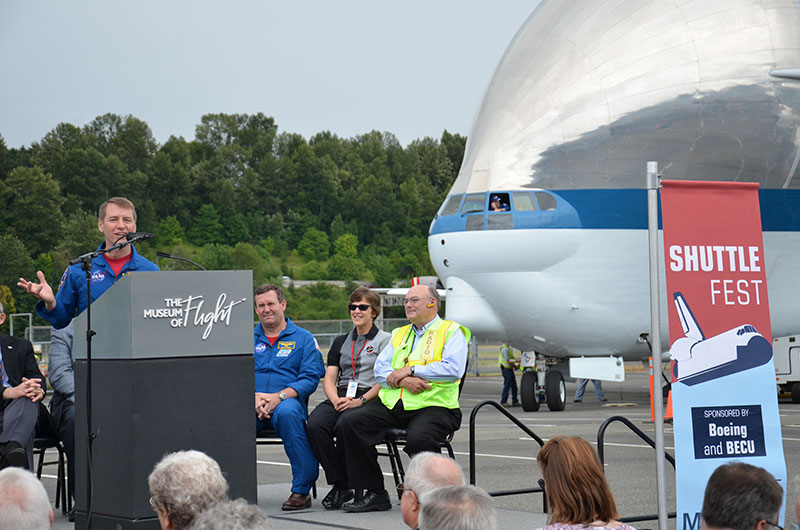 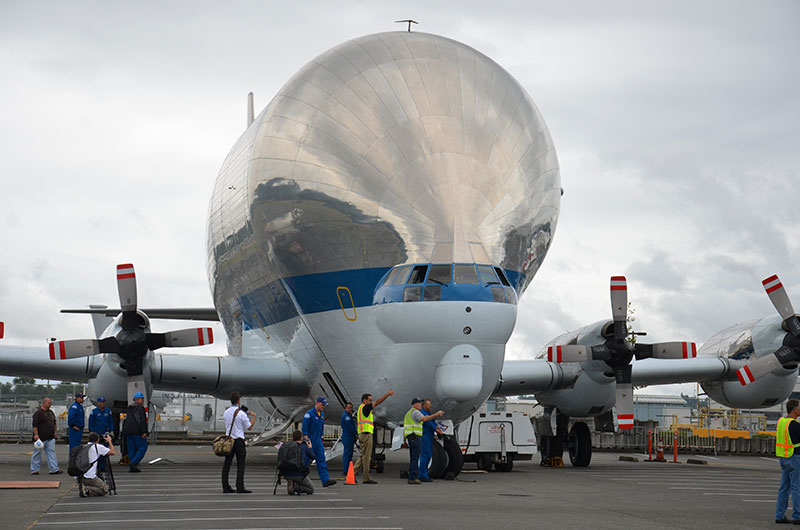 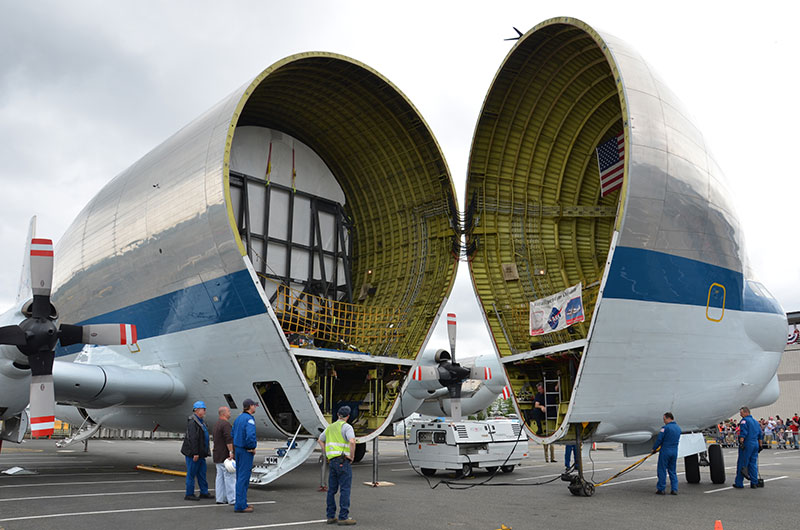 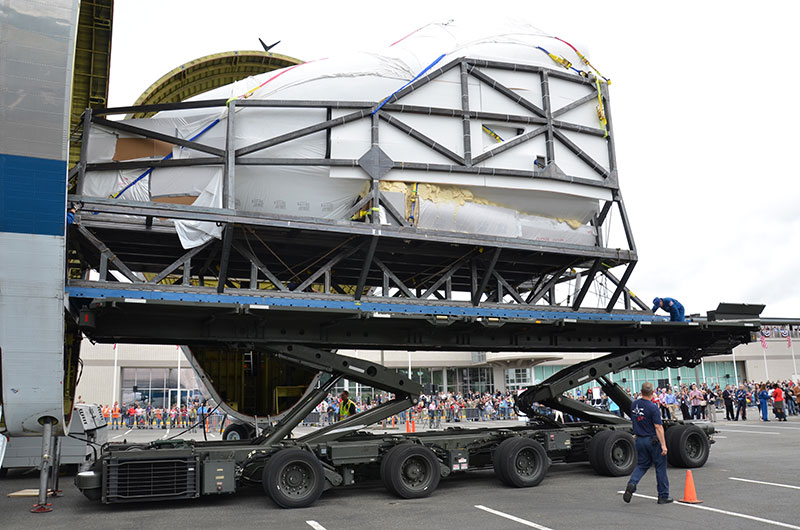 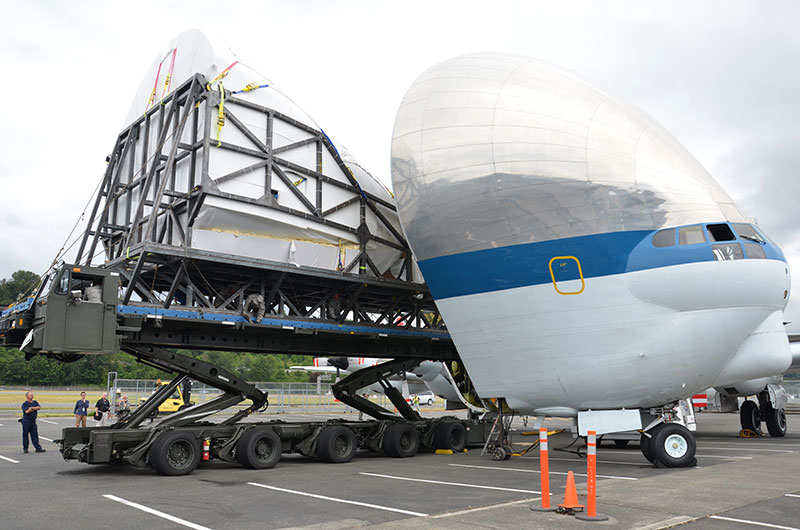 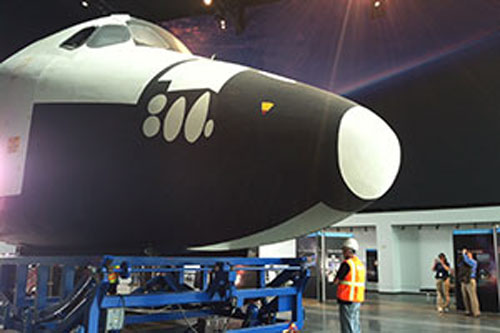