Donnerstag, 28. Juni 2012 - 10:19 Uhr
SpaceShipTwo made its first glide flight in 9 months on Tuesday morning. The unpowered flight and landing took place at the Mojave Air & Space Port in California as the space tourism vehicle was dropped from the WhiteKnightTwo carrier aircraft, according to the Antelope Valley Times.
SpaceShipTwo’s last glide test took place on Sept. 29. The vehicle experienced a stall during the flight, and the pilots used the feather re-entry system to recover.
The spaceship has been fitted with engine components. Scaled Composites plans a series of drop tests over the next several months leading to powered flights beginning toward the end of the year. 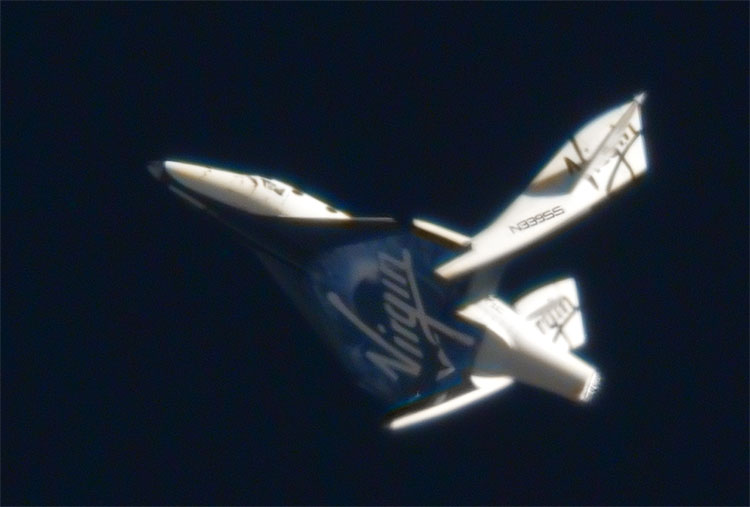 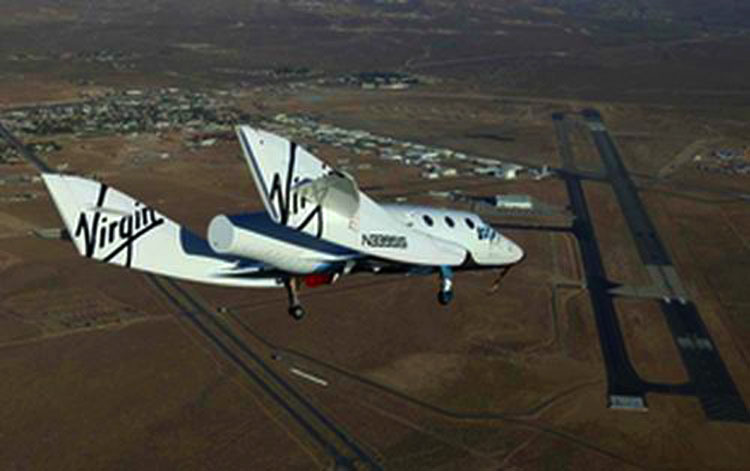