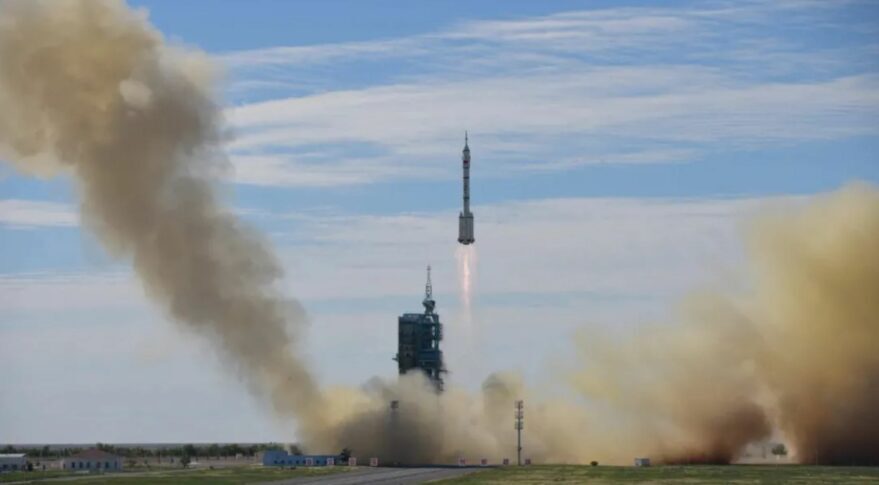 The terse report stated that the test spacecraft will “operate in orbit for a period of time” before returning to its intended landing site in China. Technical verification of reusable and in-orbit services will be carried out as planned to provide technical support for the peaceful use of space, according to a machine translation of the report.

China’s space authorities have not released any images of the launch or related operations from this or a similar profile mission launched in 2020. The report did not state the mission to be a second flight of the spacecraft.

While little is known about the spacecraft, it is speculated, based on previous statements and activities, that the vehicle is a spaceplane. It is possibly an orbital segment which will operate with a reusable suborbital stage, apparently tested in 2021. The latter involved a vertical takeoff and horizontal landing.

The Long March 2F usually launches China’s Shenzhou crewed missions and has a payload capacity of just over eight metric tons to low Earth orbit, suggesting that the spacecraft could be similar in size and function to U.S. Air Force’s X-37B spaceplane. The Long March 2F and its payload fairing would have been modified to accommodate the launch the reusable test spacecraft.

China’s previous orbital test of a reusable experimental spacecraft took place in September 2020, with the spacecraft spending just under two days in orbit. It released a small payload before landing in China.

While there is little information about the mission, the project appears to fit into space transportation development plans outlined by CASC, China’s main space contractor, and its major subsidiaries.

CASC has previously iterated plans to develop low-cost, reliable access to space, including reusable launch vehicles and a spaceplane.

Chen Hongbo, from CASC’s China Academy of Launch Vehicle Technology (CALT), told Science and Technology Daily (Chinese) in 2017 that an under-development reusable spacecraft would be capable of carrying both crew and payloads, would be tested in 2020.

Any such project will however face large technological and other challenges, Bleddyn Bowen of the University of Leicester told SpaceNews.

“Spaceplanes and reusable orbital vehicles have come and gone, and come back again. There can be some marginal and varied uses for them but they are extremely expensive compared to conventional rockets because the stresses of atmospheric re-entry wreaks havoc on the materials and structures,” Bowen said.

“The Chinese development of spaceplane technology will be remarkable if they manage to overcome the problems Dyna-Soar and the Space Shuttle faced, and the challenges SpaceX’s Starship is now facing as well. We should see spaceplane development as part of China’s wider investments in all manner of space technologies, civilian and military, and not as something uniquely threatening or certain to succeed where others have failed.”

Other reusable spacecraft or spaceplane projects are under consideration in China. The China Aerospace Science and Industry Corp. (CASIC), another giant state-owned enterprise, is working on its own spaceplane, named Tengyun.

“Unlike rocket recycling adopted by SpaceX, the spaceplane can take off from an ordinary airport to transport spacecraft into  orbit. It will bring about a revolution for future space transportation,” CASIC’s Zhang Hongwen told CCTV in 2018.

Meanwhile, the U.S. X-37B spaceplane is currently carrying out its sixth mission, which has already extended to more than 800 days in orbit.

CALT has also recently revealed plans to develop a fully-reusable super-heavy lift launch vehicle over the next decade, apparently inspired by the SpaceX Starship project.