The docking marks the start of Samantha's second space mission, known as Minerva.

Collectively known as Crew-4, Samantha and her NASA colleagues were launched from launchpad 39A at NASA’s Kennedy Space Center in Florida, USA at 09:52 CEST Wednesday 27 April.

Samantha served as Mission Specialist during this flight and will now take on the role of USOS Lead, responsible for operations within the US Orbital Segment of the International Space Station for the duration of her mission. This segment includes the US, European, Japanese and Canadian modules and components of the Space Station. 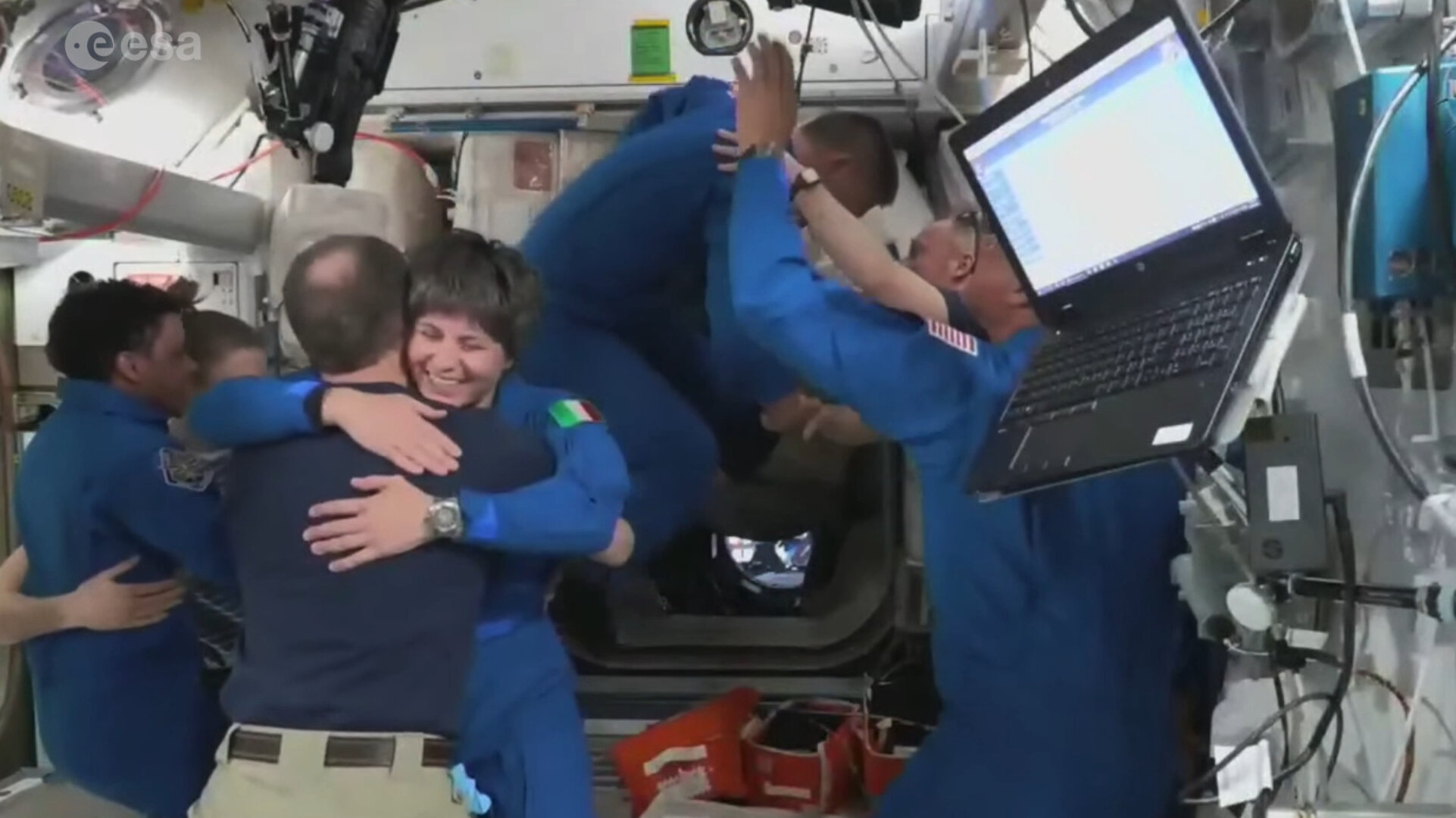 Crew-4 was welcomed aboard by the Station’s current inhabitants, including ESA astronaut Matthias Maurer who was launched to the Station as part of Crew-3 and is expected to return shortly to Earth.

“It gives me great pleasure to see not only the successful launch and docking of Crew-4 with Samantha Cristoforetti, but also the meeting of two highly capable European astronauts in orbit.

“As a seasoned space flyer, Samantha will continue to represent Europe and support European experiments aboard the Space Station throughout her Minerva mission. It is these experiments that will aid European innovation on Earth as we seek to build our industry, preserve our environment and explore even farther in space.”

This sentiment is echoed by ESA director of human and robotic exploration David Parker who says, “Samantha has been an excellent role model for those currently participating in ESA’s astronaut selection process – providing advice, insight and inspiration throughout.

“As USOS Lead, she will continue to be an excellent representative for Europe as we look forward to another busy few months of science, research and operations on the International Space Station.”

For more about Samantha's second spaceflight, visit the Minerva mission page. Samantha will also provide updates throughout her mission on Twitter, YouTube and her newly launched TikTok channel.