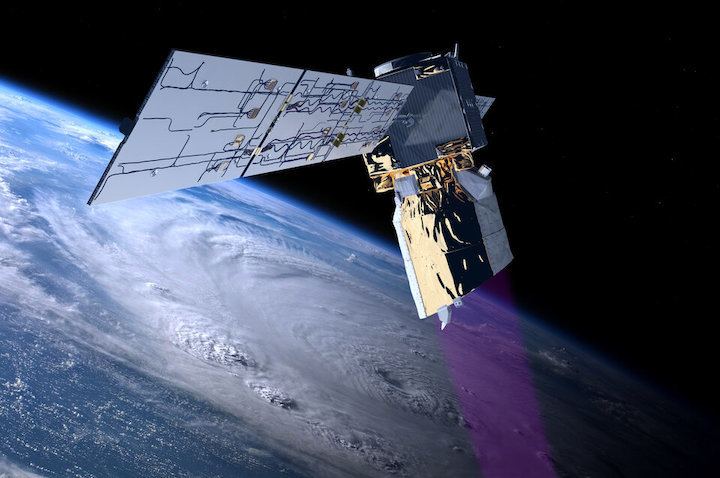 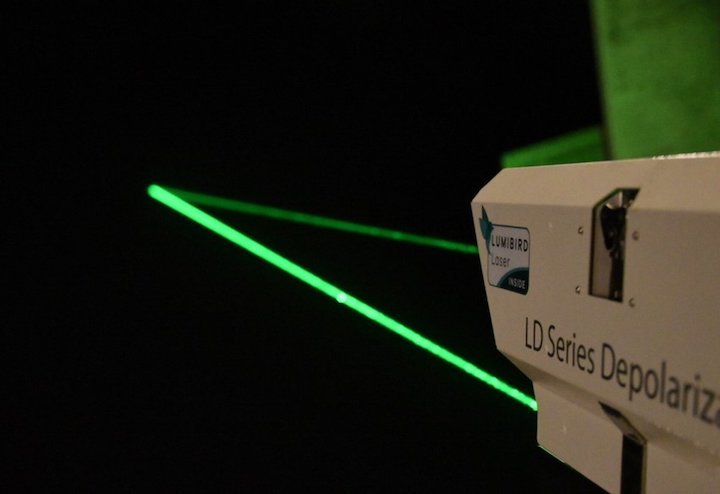 For a team of scientists and technicians from Europe and the US, the fact of ‘going back to the office’ this September has meant heading off to the Cabo Verde islands in the Atlantic – not to extend their summer holidays, but for a complex international experiment campaign that will scrutinise the data being delivered by one of today’s most innovative Earth observation satellites: ESA’s Aeolus wind mission.

Since it was launched three years ago, Aeolus has far exceeded expectations and frequently hailed a remarkable success. It was developed as a research mission and to demonstrate how novel laser technology could deliver vertical profiles of Earth’s wind. These measurements were much needed, for example by the World Meteorological Organization’s Global Observing System, which is a coordinated system of methods and facilities for making meteorological and environmental observations on a global scale.

Despite Aeolus being built as a research and demonstrator mission, it has proven to be so good that, for more than a year now, its data have been distributed publicly to forecasting services and scientific users in less than three hours of measurements being made from space.

Playing such an important part in forecasting, and with a potential follow-on satellite mission on the table, it is critical to ensure that its data are accurate, particularly for forecasts in the Tropics where large weather systems develop and where Aeolus is said to be making a real difference.

Hence, scientists from ESA, NASA, the German Aerospace Center, the French National Centre for Scientific Research, the CNES French space agency, Météo-France, Atmospheres Spatial Observations Laboratory, the National Observatory of Athens, the Leibniz Institute for Tropospheric Research, the University of Nova Gorica, the Ocean Science Centre Mindelo, and from many other institutes are all joining forces in Cabo Verde and also in the Virgin Islands for the Aeolus tropical Atlantic campaign.

The Cabo Verde islands lie about 600 km off the coast west Africa. This tropical location is not only relevant for Aeolus, but it is also where strong winds often carry desert dust and aerosols from the African continent across the islands, making it an ideal place for investigating cloud–aerosol interaction and atmospheric dynamics.

Throughout the month, this intrepid team are taking measurements of the wind, aerosols and clouds with a range of instrumentation on different aircraft flying at different altitudes.

Many flights are even coinciding with Aeolus as it orbits above. Measurements are also being taken by lasers and radars on the ground. This is all providing a wealth of data to compare with that from Aeolus and to support the science to tropical weather.

Thorsten Fehr, head of the atmospheric section at ESA, said, “We had hoped to run the field campaign last year, but of course the Covid pandemic thwarted our plans. It is an extremely complicated campaign and has been a mammoth task for us and our teams to arrange.

“This is truly an international effort and we are all thrilled to have the campaign now well underway, especially given Covid. I can’t thank everyone enough for all the work they’ve done to make it a reality.

“This extraordinary experiment campaign brings huge benefits, not only to our Aeolus mission, but also to our upcoming EarthCARE mission that is set to advance our understanding of the role that clouds and aerosols play in reflecting incident solar radiation back out to space and how the trap infrared radiation emitted from Earth’s surface.

“In addition, the data we collect will help in development of an Earth Explorer mission concept called Wivern, which aims to measure wind in clouds.

“You could never achieve an experiment of this scale without working together. International collaboration is key to so much of what we do, and we naturally build strong bonds our colleagues. So, we were deeply saddened by the sudden loss of a dear NASA colleague last week, which understandably led to NASA having to suspend their operations. Our thoughts and sincere condolences go to Gail Skofronick-Jackson’s family, friends and colleagues.”

ESA’s Aeolus mission manager, Tommaso Parrinello, said, “We are all extremely shocked by the tragic loss of Gail. NASA had been supporting our campaign in the Virgin Islands well before the fleet of European aircraft arrived in Cabo Verde and they had planned to join the team here for their second part of the campaign.

“We now hope that we will be able to resume this part of the campaign next year.”