The United States has barely regained the ability to send unmanned cargo to the International Space Station via SpaceX’s Dragon capsule and a petition has been started to have the United States build a starship—no, we are not kidding. Entitled Build The Enterprise, or “BTE,” the website-based petition is working to have the White House build a spacecraft with capabilities similar to those of the vessel that Captain Kirk and company used to conduct their “five-year mission” in the television and movie franchise “Star Trek.”

The website details how to build such a vessel over the course of the next two decades. However, given the state of ever-pervasive financial issues that the United States is currently in, and the fact that NASA currently lacks even the ability to launch astronauts to low-Earth orbit, the proposal is not founded on reality, but rather emotion.

The website lacks the most basic understanding revolving around space flight and space history. In the section entitled “Our Space Problem,” a line appears to relegate the Apollo Program to a single lunar landing, stating that the United States has lost its way since the Moon landing of 1969. The Moon landings comprised six separate landings that stretched from 1969 through 1972.

BTE boasts that its Enterprise could get to Mars in 90 days and to the Moon in three. This is not too impressive when you consider the fact that the Apollo crews traveled to the Moon in the same length of time—in the 1960s—and that the VASIMR engine being developed by former NASA astronaut Franklin Chang-Diaz has been estimated at traveling to Mars in around 40 days. 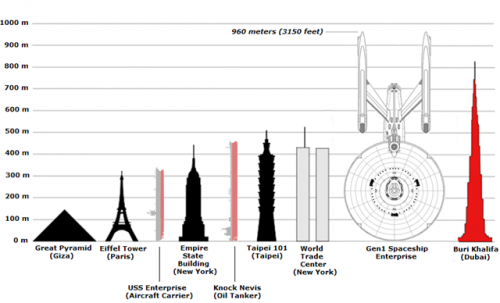 The site’s author goes on to describe both the Skylab and International Space Station (ISS) as “yawners.” This juvenile language fills the website and further detracts from its credibility.

If those proposing BTE had looked into the basic facts and difficulty involved with constructing the ISS, which is about the size of a football field, they would quickly realize how constructing a spaceship that is more than 3,000 feet long is ludicrous. It took the efforts of sixteen different member nations on the International Space Station project nearly 13 years to build the station, so thinking that the U.S. can construct such a craft by itself in 20 years is just not based in reality.

As a goal, the Gen1 Enterprise will use .0001g constant acceleration when traveling outside of earth’s orbit. Since the Enterprise is built entirely in space, and never needs to be able to launch itself from earth into orbit, there is no need for the primary engines to ever use high thrust.

An example of an ion propulsion engine which has had considerable research is the VASIMR engine which is the brainchild of Costa Rican scientist and former astronaut Franklin Chang-Diaz. He is CEO of the Astra Rocket Company that is developing variations of the VASIMR. The Astra Rocket Company has a concept for a 200MWe VASIMR. This is near the range of what is needed for one of the .5GWe Aux Engines of the Gen1 Enterprise. (.5GWe = 500MWe.) 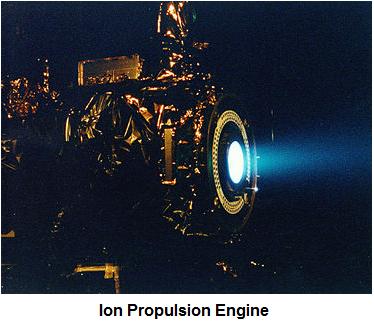 Here is a list of advantages for using ion propulsion engines in the Gen1 Enterprise over chemical rocket engines:

High specific impulse allows much less propellant to be carried onboard the ship, thus lowering its overall wet mass.

Safer than chemical rockets since there are no ignited materials in the engines.

The propellant gas used in the ion propulsion engines will be non-flammable and thus safer when stored in tanks and routed through pipes to the engines.

Very long engine life. Ideal for the Enterprise whose engines must last for decades.

Lends itself to being powered by a nuclear reactor that is used to generate electricity. Nuclear reactors have a very long life as a power source, which is a great fit for the Enterprise.

A low .0001g constant acceleration is so small that it does not interfere with the operation of the gravity wheel. The change in the gravity acting upon persons inside the wheel as the wheel spins is so slight that it will not be noticed- 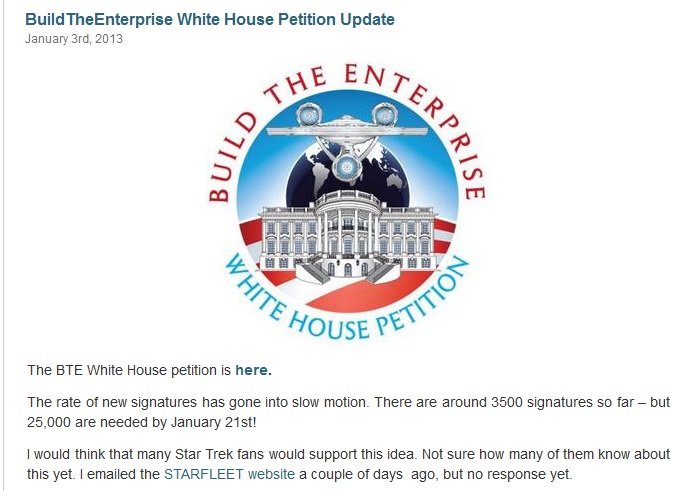 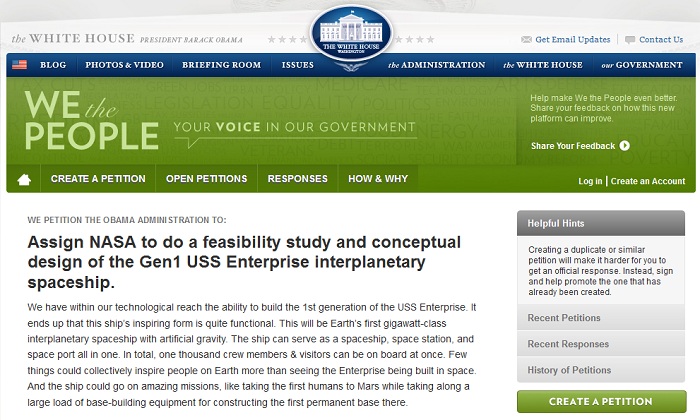