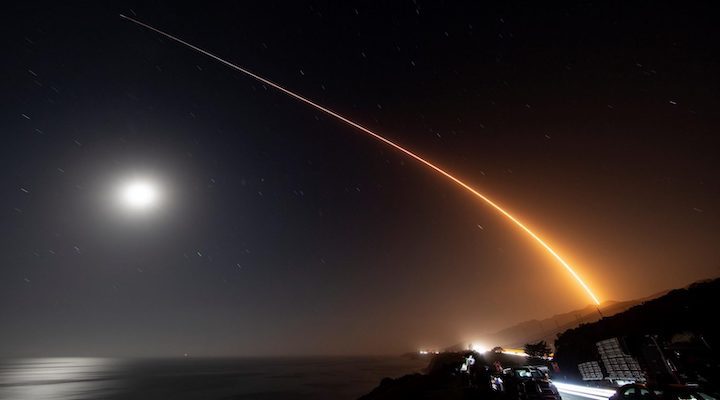 A pair of notices to mariners (NTMs) published earlier this week reveal that SpaceX could conduct its second West Coast Starlink launch as early as Sunday, October 17th.

Used to delineate certain regions mariners should temporarily avoid or heed caution in, NTMs – while cryptic – often reveal roughly when a rocket launch or spacecraft reentry is expected to occur days or weeks before NASA, the US military, or any companies involved announce an official target. That now appears to be the case for SpaceX’s “Starlink Group 2-2” mission, which is set to be the second dedicated launch of polar Starlink satellites. Presumably identical to Starlink 2-1, which successfully launched on a Falcon 9 rocket on September 14th, Starlink 2-2 will likely carry another 51 upgraded Starlink V1.5 satellites.

Each fitted with several custom SpaceX-built lasers known as optical interlinks or OILs, Starlink Group 2 satellites will (roughly) orbit Earth’s poles instead of its equator and will eventually use those lasers to allow the rest of the Starlink constellation to route user communications entirely in space. Whereas current Starlink internet users must live within a few hundred miles of a SpaceX ground station to access the network, a constellation of satellites with laser interlinks could serve anyone on Earth – practically independent of ground station location – by routing user communications through any number of laser-linked satellites.

Once all ~1600 Starlink V1.0 satellites are replaced with V1.5 spacecraft, SpaceX will have effectively created a second internet independent of the millions of miles of copper and fiber optic cables that nearly all modern users rely on. Of course, SpaceX’s Starlink V1.5 and V2.0+ constellation will mainly function as an extension of that existing network, but it will allow unprecedented feats of routing – latency that no wired network can physically match, in other words.

The primary draw for a laser-linked constellation, though, is the ability to connect users to the internet almost regardless of location. On top of hundreds of millions of rural and underserved or unserved customers worldwide, even including those trapped inside restrictive national ‘firewalls,’ an interlinked constellation will allow SpaceX to deliver unprecedentedly high-quality connectivity to ships, planes, trains, and road vehicles. Currently only served by mediocre and marginally reliable geostationary providers at great cost, disrupting those captive markets with a service as many leagues above as Starlink could singlehandedly secure SpaceX billions of dollars of annual revenue.

Soon after the notices to mariners appeared, Next Spacefight’s Michael Baylor confirmed that the Starlink 2-2 mission is scheduled to launch out of Vandenberg Air/Space Force Base no earlier than (NET) 10:34 am PDT (UTC-7) on Sunday, October 17th. The launch window is open for one hour and, like Starlink 2-1, will likely involve a Falcon 9 booster landing attempt a few hundred miles downrange on drone ship Of Course I Still Love You (OCISLY).

It remains to be seen which Falcon booster is assigned to the launch or if SpaceX will static fire it several days before. 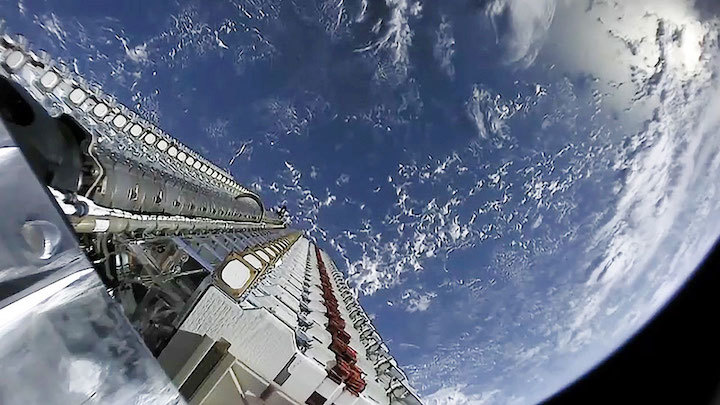 The Space Exploration Technologies Falcon 9 rocket launch planned for this weekend from Vandenberg Space Force Base has been delayed.

Liftoff of the booster from Space Launch Complex-4 on the South Base had been planned between 10:34 a.m. and 11:34 a.m. Sunday.

SpaceX has not explained the reason for the delay, and a new launch date has not been released.

The rocket was set to carry dozens of Starlink satellites, in the second mission for the SpaceX effort to build an Internet constellation in space.

The first hint of a delay occurred earlier this week when a vessel connected with the launch ended up returning to port.

Vandenberg officials also have lifted the mariners’ notice issued for Sunday morning warning boaters to remain out of the ocean area near the southern end of the base where the launch pad is located.

Dozens of similar launches have occurred from Florida in recent years as the firm continues to build its constellation to provide high-speed Internet service aimed especially at customers in rural and remote areas around the world.

Along with Starlink, the Falcon 9 rocket has a NASA mission on its manifest for this fall.

NASA has dubbed the Double Asteroid Redirect Test, or DART, as a planetary defense mission designed to test drive technologies for preventing an impact of Earth by a hazardous asteroid. DART will be the first demonstration.

After missing the DART’s first planetary window for launch to ensure that the spacecraft is placed where it's needed in space, the team will target the secondary opportunity spanning from late November into mid-February.