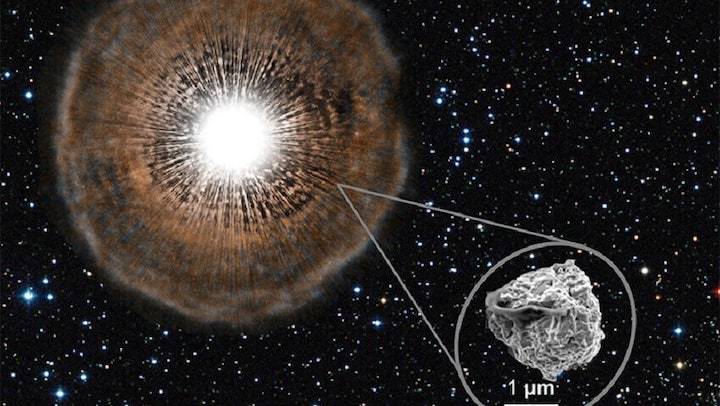 Like rocks on Earth preserving records of prehistoric times, some pristine meteorites hold records of ancient grains of stardust, and astronomers are now trying to trace these grains back to their stellar origins.

These specks of stardust were forged in dying stars billions of years ago, becoming part of the debris that helped to form our solar system. The grains were then incorporated into meteorites.

In a new paper published in the Astrophysical Journal Letters, US-led researchers have analysed some of these ‘presolar’ grains extracted from primitive meteorites, giving us new information about the evolution of these long-dead stars.

These grains are just a few thousandths of a millimetre in diameter, so the team used a mass spectrometer to study the grains at a better resolution than ever before.

“Presolar grains have been embedded in meteorites for 4.6 billion years and are sometimes coated with solar materials on the surface,” explains Nan Liu, a physicist from Washington University in St Louis, Missouri, and lead author of the study.

“Thanks to the improved spatial resolution, our team was able to see [aluminium] contamination attached on the surface of a grain and to obtain true stellar signatures by including signals only from the core of the grain during the data reduction.”

Using a plasma ion source, the team exposed the interior part of the stardust grains to measure their isotopes. Specifically, they were looking at carbon (C), nitrogen (N) and magnesium-aluminium (Mg-Al) isotopes in grains made of silicon carbide (SiC).

The isotope ratios measured in the study directly link the grains back to different types of carbon-rich stars, including some with weird chemical compositions.

“The new isotopic data obtained in this study are exciting for stellar physicists and nuclear astrophysicists like me,” says Maurizio Busso, co-author from the University of Perugia, Italy. “Indeed, the ‘strange’ N isotopic ratios of presolar SiC grains have been in the last two decades a remarkable source of concern.

“The new data explain the difference between what was originally present in the presolar stardust grains and what was attached later, thus solving a long-standing puzzle in the community.”

These kinds of studies will also help astrophysicists construct better models of stars, to refine our understanding of how they evolve over time.

“As we learn more about the sources for dust, we can gain additional knowledge about the history of the universe and how various stellar objects within it evolve,” concludes Liu.