This is the latest edition of the Project Blue Book case review covering July through December 1961. Like the previous evaluations, I tried to examine each case to see if the conclusion had merit. I added comments to help clarify the explanation or if I felt it was not correct or adequate. 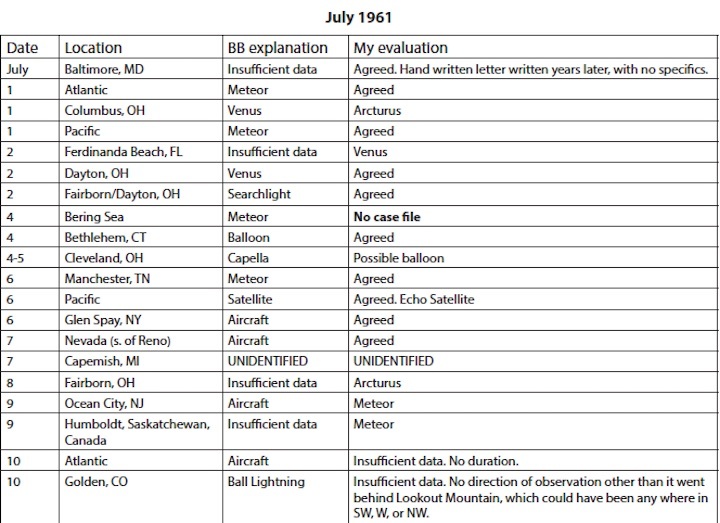 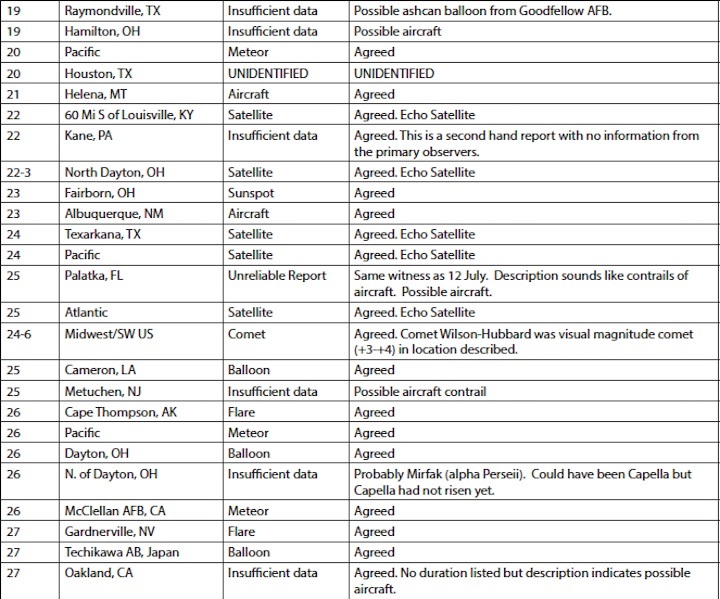 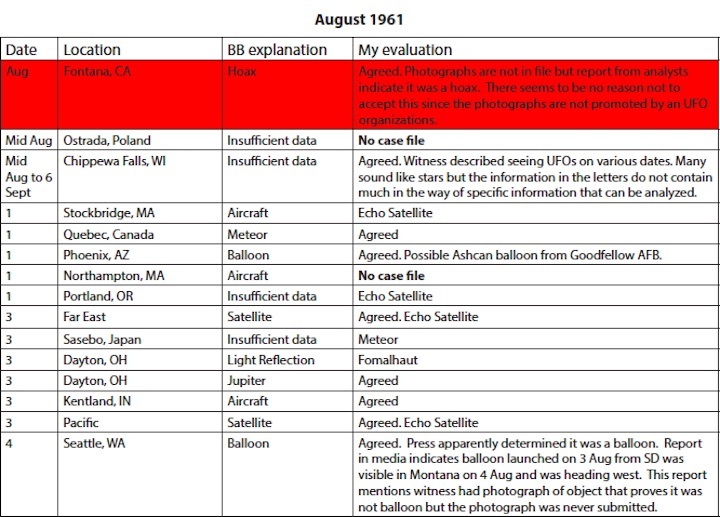 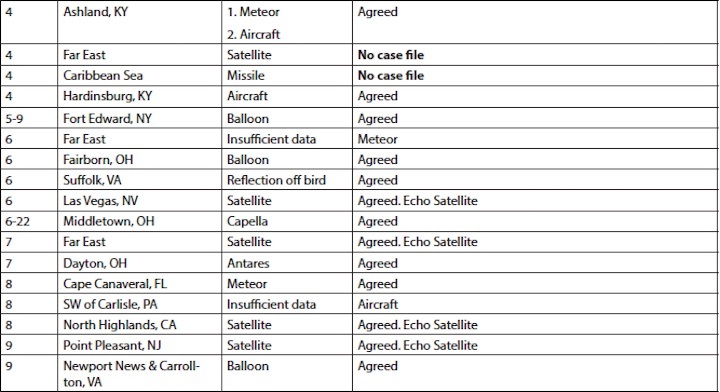 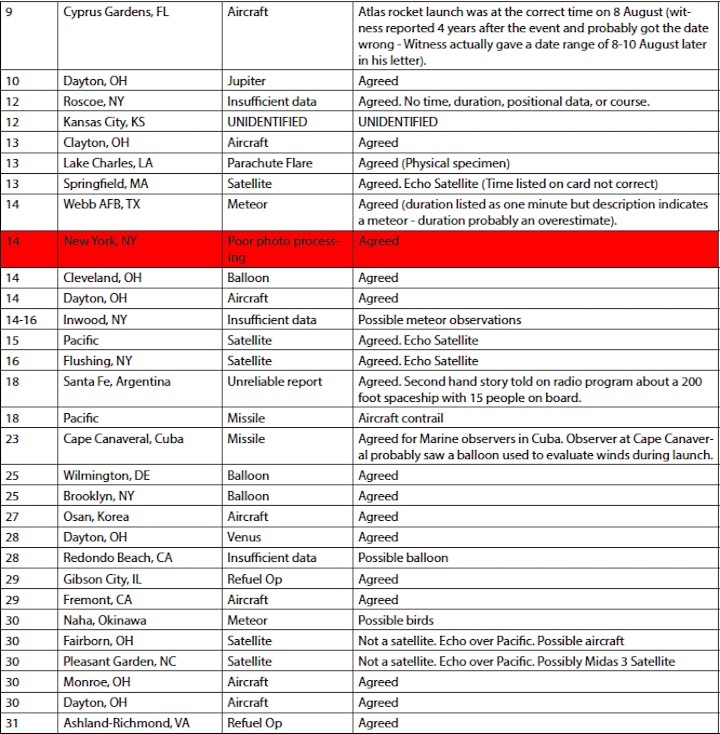 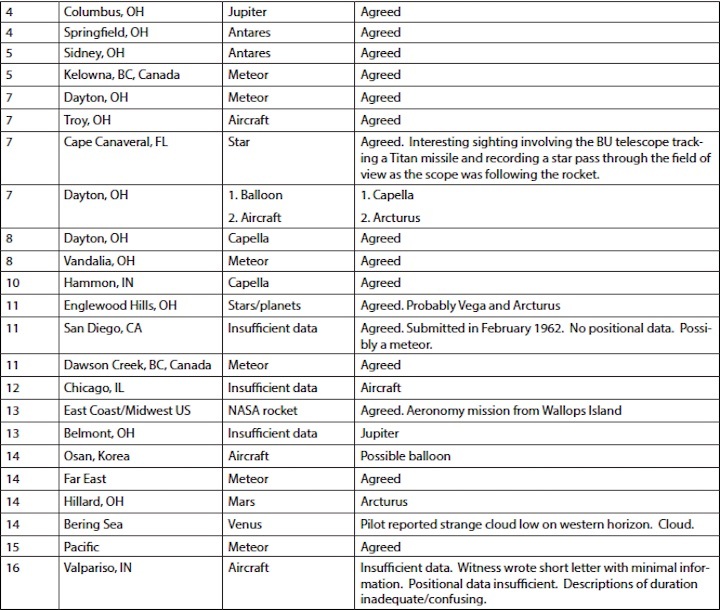 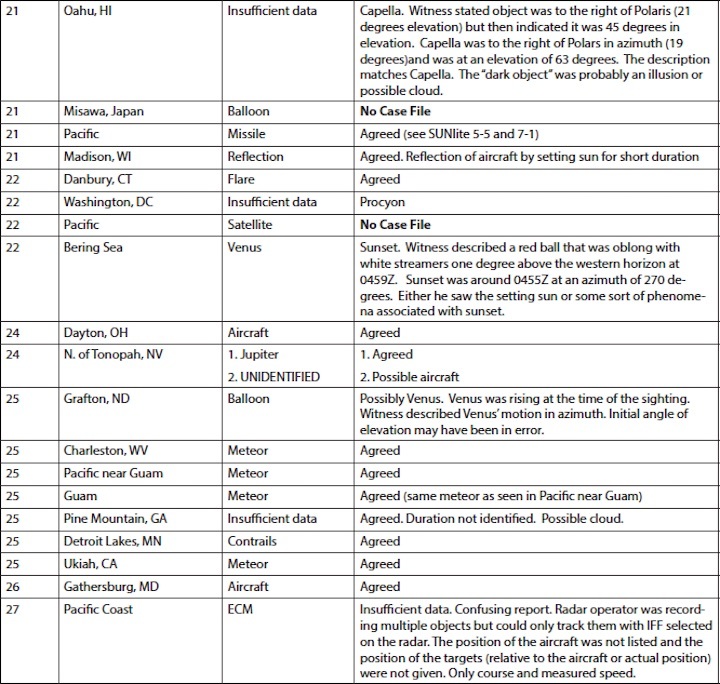 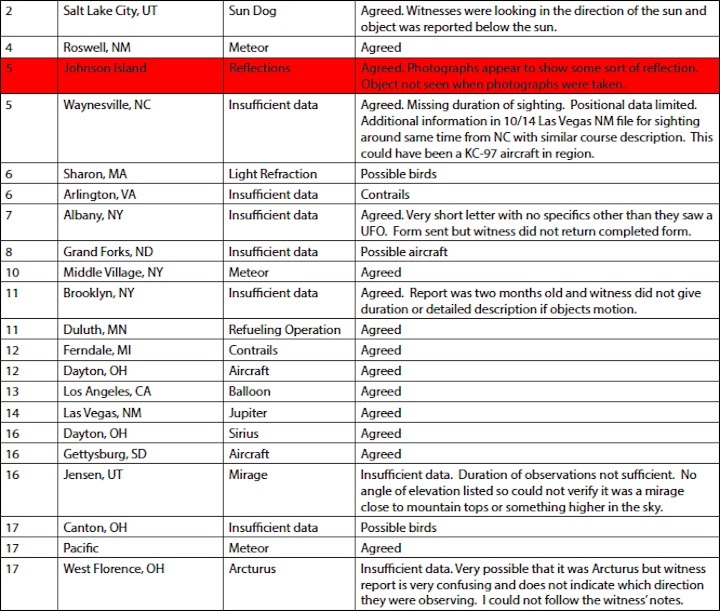 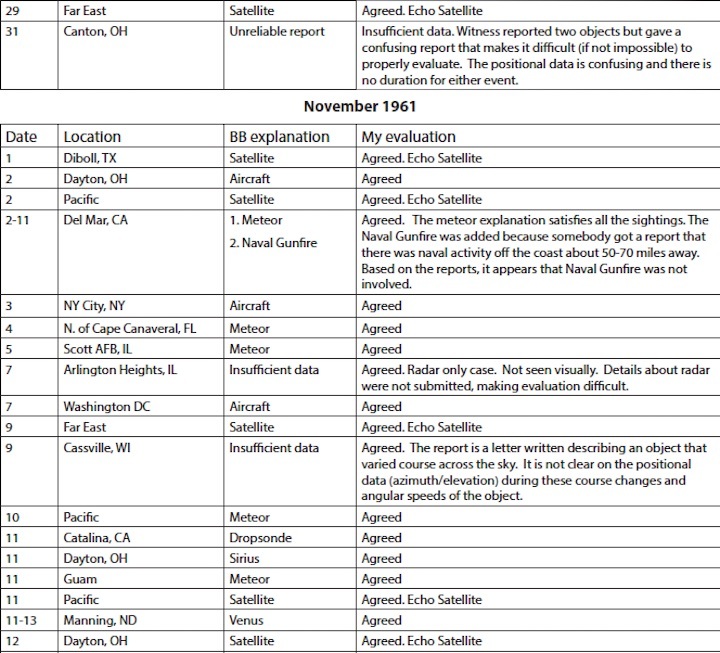 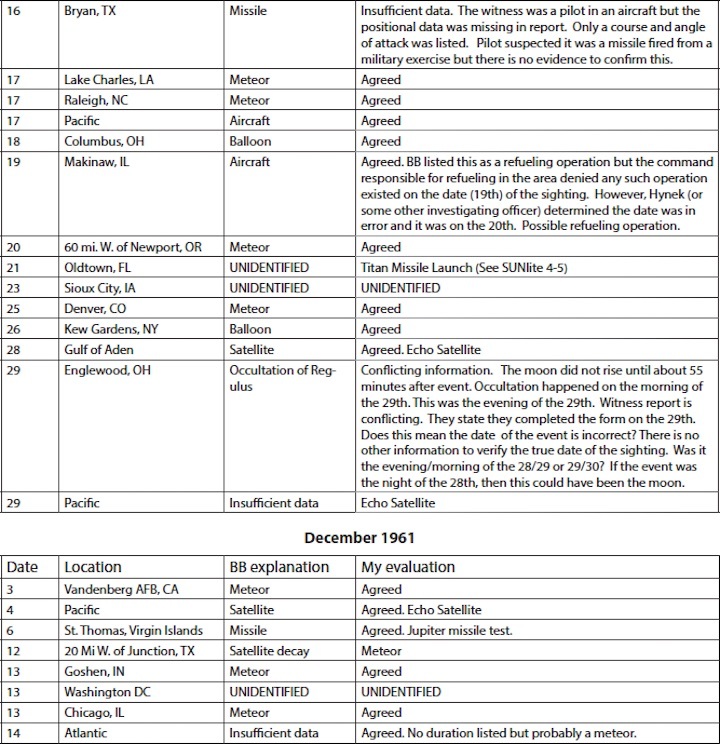 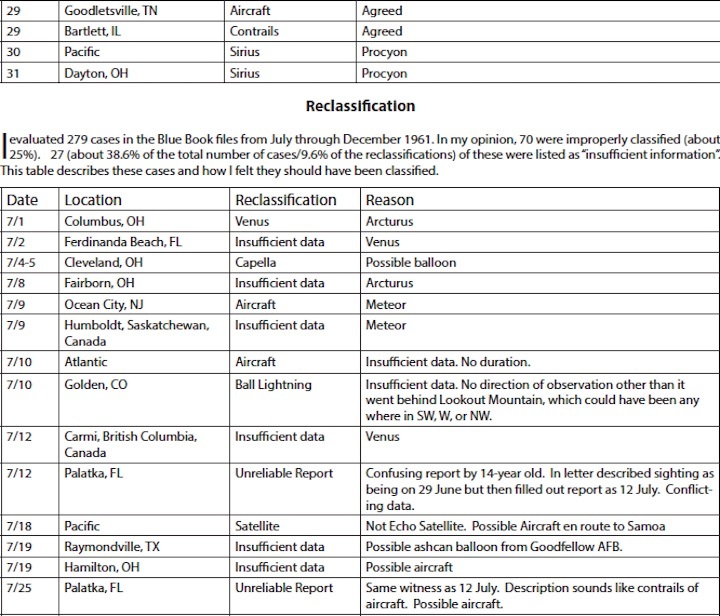 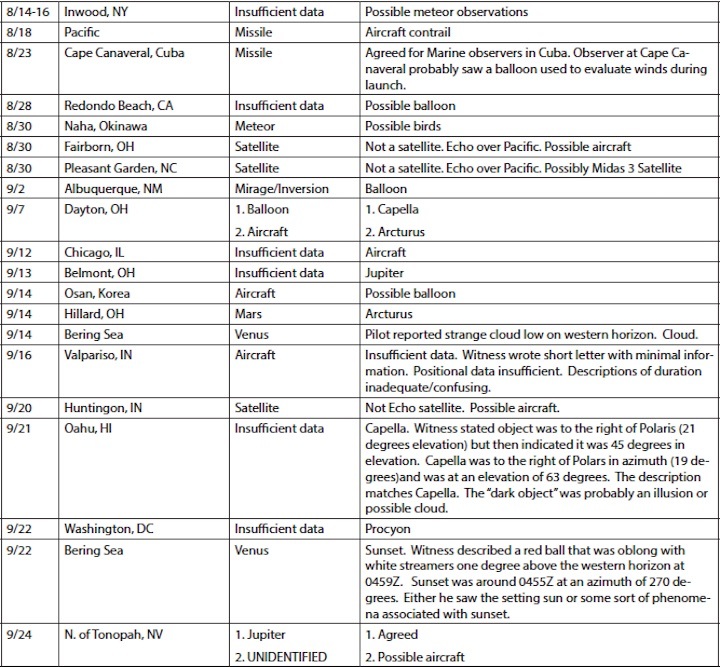 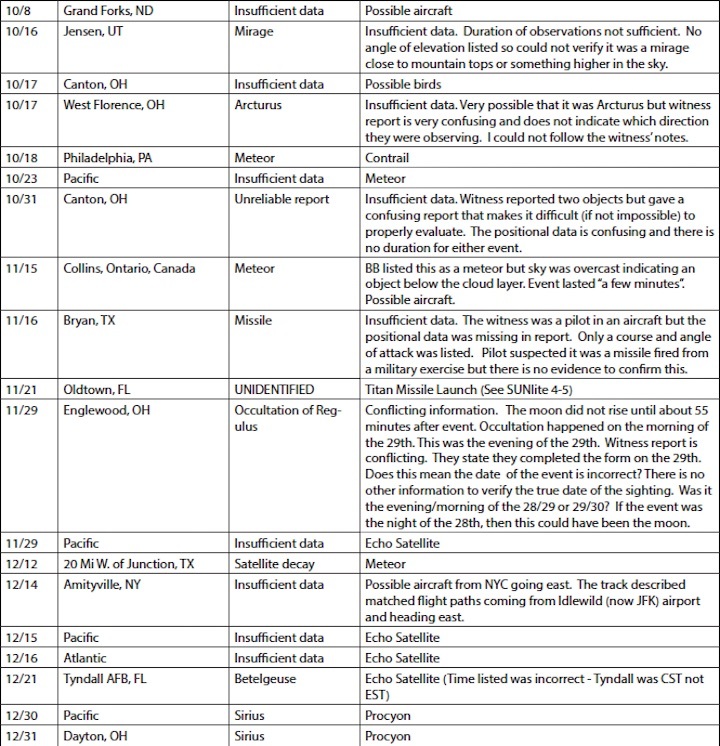 As usual, I found the reclassification of these cases challenging. The Echo satellite continued to play heavily in many of the sightings (about 14% of the total). There were quite a few from young teens or pre-teens. Several of them were a bit exaggerated and that made evaluation difficult. Not to be outdone, there were some adult reports that were just as bad. It does not make evaluation easy when the witnesses get emotional about their sighting to the point that they can’t convey the important details about their sighting.

The one case that I found most interesting was the sighting at Cape Canaveral on September 7, 1961. That case was classified as Gamma Piscium, which might set of some alarm bells because the star is not very bright. It is only third to fourth magnitude. Writing in his book, “The Hynek UFO report”, Dr. Hynek made the comment: “

Gamma Piscium is a relatively faint star, and quite stationary. It is absurd to think that a person professionally qualified to track missile launches would be puzzled by one particular star out of a great many. 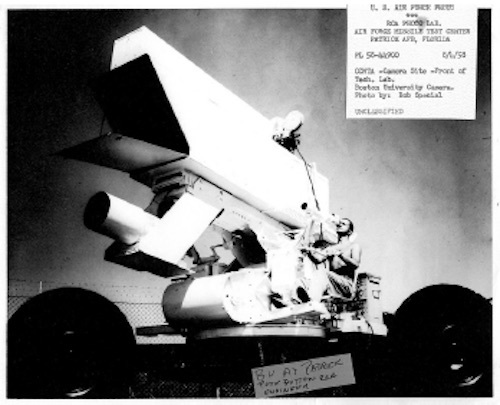 Hynek seems to have not researched the case very well. The UFO was not visually seen but recorded on a film of the launch by the Boston University Telescope. Readers of SUNlite might recall that this is the same telescope involved in the Big Sur UFO event (See SUNlite 6-4). It was recording the rockets launch using a Image Orthicon photomultiplier tube and film camera. The person operating the telescope was tracking the missile with a 40X guiding scope and operating hand controls to keep the scope centered on the rocket (see the image above). He was not focused on anything else during the event. The rocket would have passed many stars during its track and he would have ignored them. Because the image orthicon intensifier tube amplified the light of faint stars, they would appear much brighter than they normally would appear to the eye. In the case file, the launch azimuth of the Rocket was 105.5 degrees. Unfortunately, the BU scope did not record azimuth and elevation on this launch so it is difficult to say what the actual position was at the time of the sighting. However, it would have been tracking along this approximate line of azimuth (the rocket would slowly move towards this azimuth from the telescope’s point of view as it traveled down range). Gamma Piscum was at azimuth 103.5, which puts it in the vicinity of that track. It would be no surprise that the rocket could have crossed that position. Analysis of the tracking rate indicated that the object was probably stationary and that no other tracking camera/radar had recorded it. All of this indicates that the object could have been Gamma Piscium (or some other star). If only Hynek had read the entire report, he might have formed a different opinion about the explanation.

Next issue, I will continue the review with the first half of 1962.