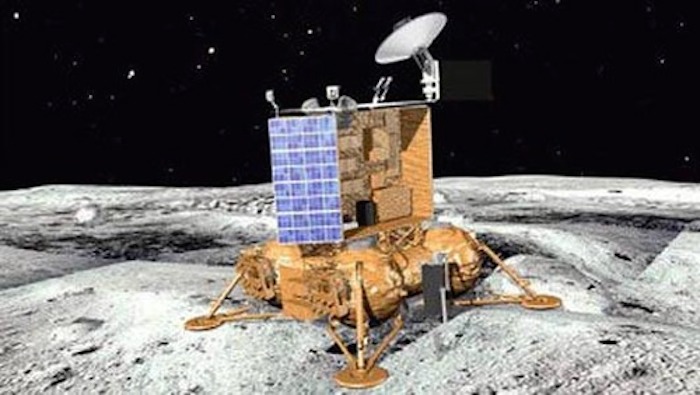 The Luna-25 exploration mission will cost tens of billions of rubles, an official from Russian Federal Space Agency said Friday.
"Let's say, we are talking tens of billions of rubles because it's a resource-heavy PROJECT, complex in terms of technical feasibility," Roscosmos' strategic planning chief Yuri Makarov said at a press conference in Moscow.
Russia will go back to the moon by the end of the next decade with the moon missions, or Luna-Glob PROJECT, Luna-25, 26, 27, 28 and Luna-29, missions aimed at further exploring the moon.
A mission to the moon has become one of Russia's top priorities in space. Russia plans to launch three lunar spacecraft – two to the moon's surface and one into orbit – by the end of the decade.
In September, Russian space agency Roscosmos reported that it was planning to launch a full-scale moon exploration program. The program will be carried out mostly as part of the Russian Federal Space Program for 2016-2025. Russia is also looking at developing space exploration plans for 2050 and beyond.
Quelle: RIA NOVOSTI
.
Update: 16.06.2015
.

The spacecraft is supposed to land on the pole of the Moon for the first time in 2024
Russian space agency Roscosmos and United Rocket and Space Corporation (URSC) are taking part in Le Bourget Paris Air Show 2015 which opened on Monday.
The Roscosmos press service said that aerospace company NPO Lavochkin is presenting the model of Luna-25 spacecraft (from Luna-Glob project) which is planned to start Moon exploration in 2024, according to Federal Space Program for 2016-2025.
"It is worth noting that the spacecraft will for the first time land on the pole of the Earth’s satellite, while all other spacecraft previously landed on the Lunar equator," Roscosmos said.
NPO Lavochkin will also present Spektr-RG space telescope which is due to start operating in March 2017 at Langrangian point (1.5 million kilometers away from the Earth) and continue exploration in the framework of the Spektr-RG project.
Roscosmos head Igor Komarov, URSC acting general director Yury Vlasov and largest space companies’ managers are holding talks with partners from Europe, Japan and US about further cooperation in "peaceful space," the press service added.
Russian space and rocket corporation RKK Energia will present a promising transport spacecraft of the new generation (PPTS - Prospective Piloted Transport System) at Paris Air Show. According to the Federal Space Program, it will be launched by the Angara carrier rocket from the Vostochny spaceport in 2021.
"TsNIIMash [Central Research Institute of Machine Building] is presenting a unique experimental base for resource, durability and static tests of carrier rockets, large-sized units and rocket stages. There are no similar bases of ground experimental processing of carriers with such characteristics in Europe, it is the only such base in Russia - maximal height at 20 meters, and diameter - at 16 meters," Roscosmos said.
Le Bourget Paris Air Show is one of the largest and most prestigious aerospace exhibitions in the world. It is held every two years near Le Bourget airport on the outskirts of Paris. The air show was first held in 1909. In 1949, demonstration flights became part of the air show. USSR first took part in the exhibition in 1937, and Russia regularly participates in the air show.
Le Bourget Paris Air Show which opened today will run until June 21. More than 2,000 companies from 46 countries are taking part in the air show, including 37 Russian companies.
. 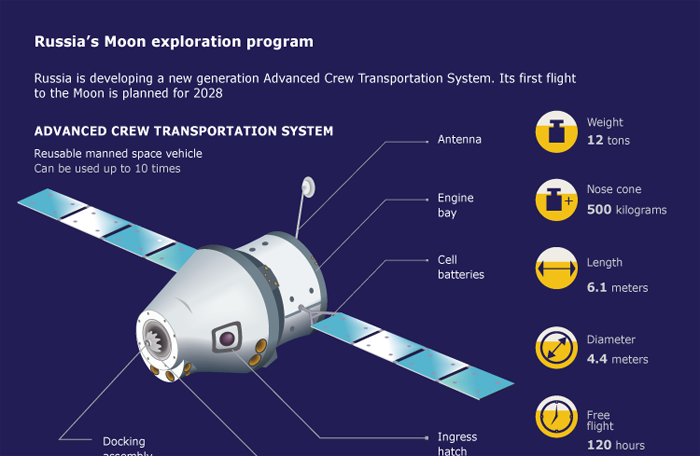 The plans are to achieve the launch readiness by September, according to the space agency's head 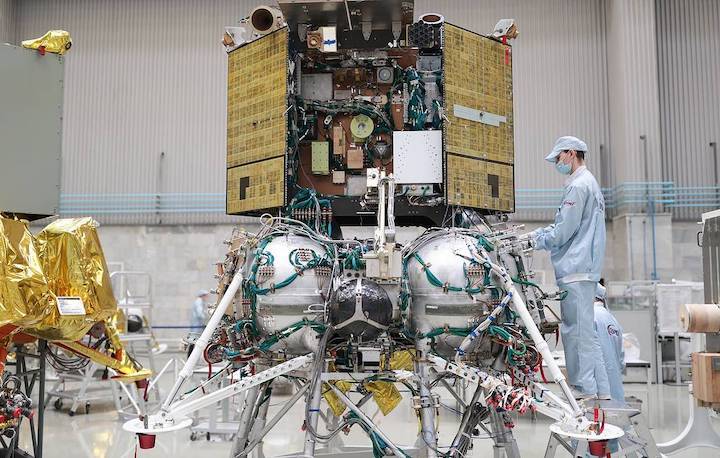 Preparations for the launch of the Luna-25 mission to the Moon from the Vostochny spaceport are proceeding as scheduled, Head of Russia’s State Space Corporation Roscosmos Dmitry Rogozin said on Monday.

"The work is proceeding according to plan and we have no setbacks. We must achieve the launch readiness by September in order to get into a launch window that opens for us on October 1 and will exist until October 30," the Roscosmos chief said.

"These are a complex vehicle and a complex launch. For the first time in the world, we are going to launch a probe to the Moon’s southern pole. That is why, the developers are carefully preparing for that. So far, we have no fears that we may fail to get into this launch window. This is a historic event for the entire industry," Rogozin said.

The Russian Luna-25 probe, which is a follow-up of Soviet stations of this series, will open Russia’s long-term lunar program that envisages missions for studying the Moon from the orbit and the surface, collecting and delivering lunar soil to Earth.

Roscosmos plans to send the Luna-25 automatic station to the Moon in October 2021. The Luna-25 will become the first domestic spacecraft in the country’s modern history on the surface of the Earth’s natural satellite. Roscosmos has chosen October 1 as the basic and October 30 as the backup date for the spacecraft’s launch.
Quelle: TASS
----
Update: 4.05.2021
. 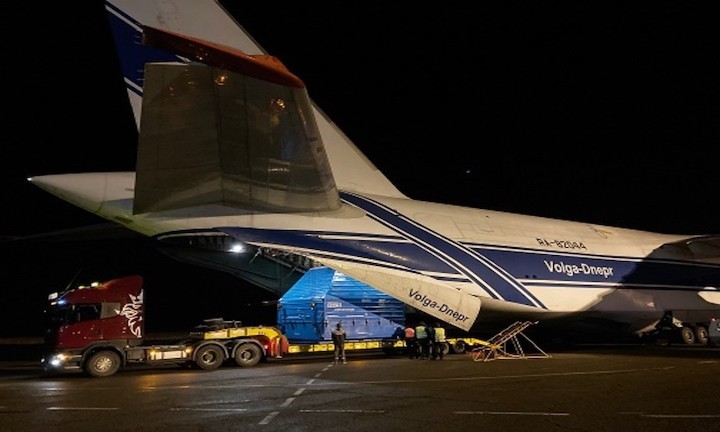 Volga-Dnepr Airlines has delivered Luna-25 full-scale mockup from Moscow to Blagoveshchensk in Russia onboard its unique An-124-100 freighter plane.

A five-tonne full-scale overall assembly of Luna-25 spacecraft designed and manufactured by NPO Lavochkin, one of the leading aerospace companies, was transported to Ignatyevo airport for further trucking to the Vostochny Cosmodrome. The mockup is intended for complex tests of technical means and systems at the cosmodrome.

The Luna-25 space expedition is an important step in outer space exploration, which will allow the Russian space industry to rise to a qualitatively new level in lunar exploration. The scientists will get a different angle of view on the colonization prospects of the solar system planets; understand the mechanisms of their origin, the appearance of water and, consequently, life on Earth. Luna-25 spacecraft is created using solely Russian element base and the latest achievements in the field of space instrumentation. The main task of the mission is to test the basic technologies of a soft landing in the circumpolar region and conduct contact studies of the soil in the region of the South Pole of the Moon.

Ekaterina Andreeva, commercial director of Volga-Dnepr Airlines, said, “This year we celebrate the 25th anniversary of our effective cooperation with NPO Lavochkin. Since 1996 not only have we transported over 300 tonnes of dedicated aerospace equipment with them but have significantly expanded the scope of our services – from air freight to document processing, airport ground handling, dangerous goods declaration, trucking transportation and other components of smart logistics. We are proud to be part of such major aerospace projects which are still being implemented despite the current challenging situation and look forward to supporting our customers with complex logistics solutions.”