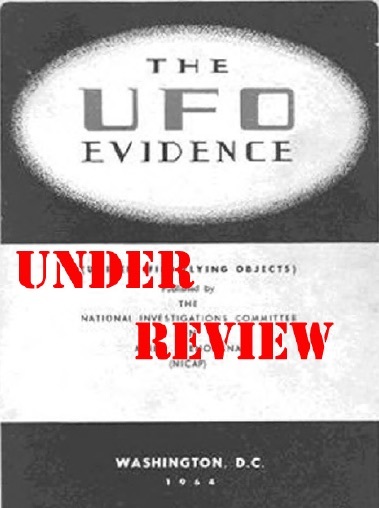 Section VIII has the case listed in a table which states the following:

The footnote lists Keyhoe’s “Flying saucers from outer space” and also mentions that it came from a USAF intelligence report. 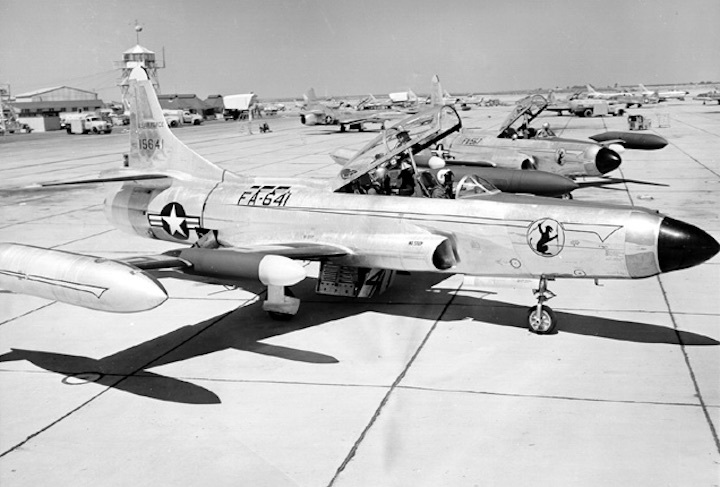 Several other Intelligence reports, from Goose Bay Air Force Base, gave similar evidence from pilots and ground men. The first was the sighting on June 19, 1952, when a glowing red disc approached the field at night. As already described (in Chapter IV) the machine wobbled a moment, then turned white and climbed out of sight at high speed.

On November 26 an F-94 pilot chased another disc several miles from the Labrador base. As it
turned and climbed, the saucer’s color changed from bright red to white. On December 15 he saw a
second disc and tracked it on his radar. Again, he watched the color change from red to white, when the saucer swiftly maneuvered. The color changes were also seen by a T-33 jet pilot. 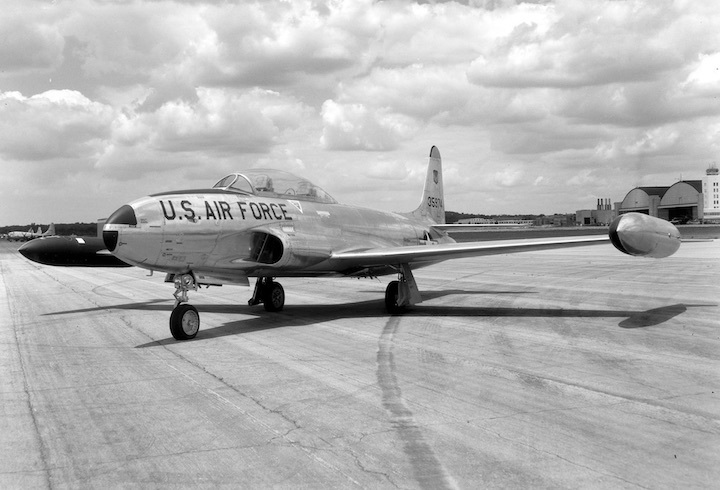 The Blue Book file is much more informative. According to the file, the pilot had been vectored by the Ground Control Approach (GCA) personnel to locate the UFO. Once they knew where to look, the T-33 and F-94 pilots saw a UFO. The F-94 then pursued it for about 25 minutes (2315-2340Z) at a speed of 375 knots but could not catch up with it. The pilot flew on a heading of 270 to 280 degrees azimuth.4

The UFO was described as having no definite size or shape. It was initially red but then changed to red and white until it faded away. Contrary to what Keyhoe described, there was no swift maneuvers. The observers reported that any maneuvers were, “gentle banks and turns and shallow descents and ascents”.5 According to the air intelligence report, the radar operator on the F-94 reported only a momentary lock-on. The message traffic indicates that this operator had a momentary contact, which faded after one minute.6 It also states that Ground Control Intercept (GCI) radar had no contacts.7

It is important to note that the same pilot had reported chasing a UFO a few weeks before on November 26th. In that instance, the pilot pursued the UFO in a south and southwest direction until it disappeared at 2211Z.8

It appears that what happened was the Ground Control Approach people visually saw the UFO first and directed the aircraft to- wards it. The aircraft then saw it as well and began their pursuit in attempt to catch it.

Blue Book lists the explanation as Venus with the radar contact being due to radar malfunction.9 The Condon report seems to have agreed with this conclusion.10 However, on the 15th of December, Venus set approximately 2300Z in the West-southwest. Therefore, it is unlikely that Venus was the source of the sighting. That being said, the November 26th sighting could have been Venus since Venus set in the southwest around 2211Z, when the UFO disappeared. This may have been the reason for the Venus explanation offered by Blue Book since this sighting is also in the file. Adding to this is the fact that the record card is from 1963, indicating Blue Book had possibly identified the case in the 1960s and confused the two cases together.

As for the December 15th sighting, the bright star Altair was low in the sky (12-15 degrees) between azimuth 263 and 269 degrees during the time period of the sighting. It set around 0100Z at an azimuth of 285 degrees. It could have disappeared at 2315Z be- cause of disappearing behind distant clouds.

The description of the object in the message and in the investigation report is a pretty good description of a star scintillating in the distance. Altair would have displayed changing colors of red and white, been a point source (no size or shape), and made gradual changes in azimuth and elevation over a twenty-five minute period. Considering the fact that the pilot probably chased Venus in late November, it seems possible that he could have chased Altair on December 15th.

One cannot say for certain that the pilot was chasing Altair but the evidence available seems to indicate that the Altair explana- tion is possible. As a result, the December 15th, 1952 case (as well as the November 26th incident) cannot be considered “good evidence” and should be removed from the NICAP best evidence as well as the Weinstein catalogue.