After being closed for months due to COVID-19, the Kennedy Space Center Visitor Center is fully open with a glistening new rocket on display in the rocket garden.

“That’s a real rocket, it could have flown in space but instead it’s on its second career,” KSC Director Bob Cabana said at ribbon cutting ceremony Tuesday morning. “It’s now on a mission of inspiration for future generations.”

The modern addition to the garden of historic rockets is United Launch Alliance’s powerful Delta II rocket which flew its last mission in 2018.

“When that thing lit, it shot off like a bottle rocket to space. It was truly amazing,” said ULA’s Director of Launch Operations, Ron Fortson, recalling the first time he worked on a Delta II launch. 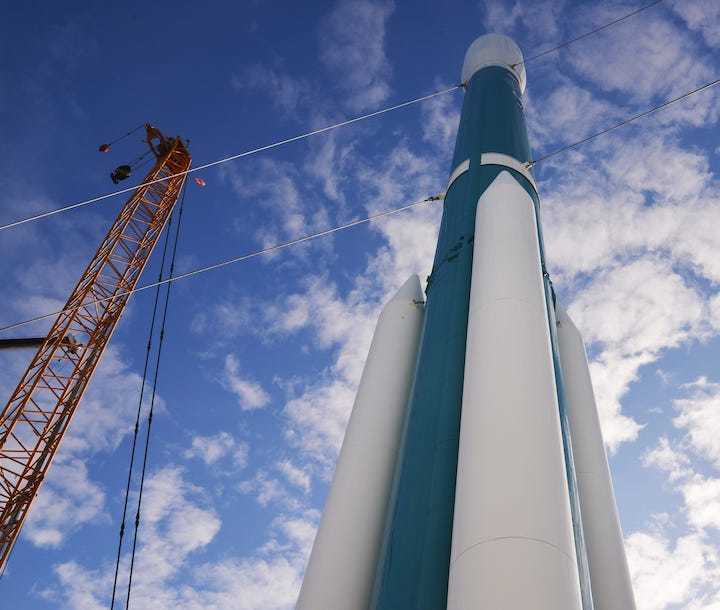 The Delta II was a busy rocket over its nearly 30-year life flying 155 times. One of its biggest contributions to humanity was the launching of the Global Positioning System satellites for the Air Force.

Nearly four billion people a day rely on GPS technology for everything from navigating in a car to using bank ATMS and credit card machines at gas pumps.

GPS also transformed military operations beginning with Desert Storm. Troops use GPS on land, sea and in the air to provide precision all weather guidance and timing for aircraft ships, tanks and smart-bombs.

Omar Baez, Launch Director for NASA’s Launch Services Program, worked on about 40 Delta II launches and said seeing the familiar teal and white spacecraft in its new home is bittersweet.

“It’s like what I call a celebration of life type of thing but even better. This thing is beautiful and pristine, really something to look at here.”

Now the public can get up close to this piece of space history and learn more about its many missions.

Visitors will also notice a big structure under construction behind the new Delta II rocket. The attraction, which is set to open in early 2022, is called Gateway and will focus on the future of space and may include exhibits such as a SpaceX Falcon Heavy booster and Dragon capsule.

With Spring Break in full swing, the  KSC Visitor Center is enjoying the return of visitors to the park with increased attendance each week.

Last week the Saturn V Center, which houses the Apollo-era Saturn V moon rocket, re-opened.  The incredibly popular attraction is often filled to capacity within an hour and a half after the park opens. Getting there early is key to snagging a seat on one of the buses which are operating at half capacity due to COVID restrictions.