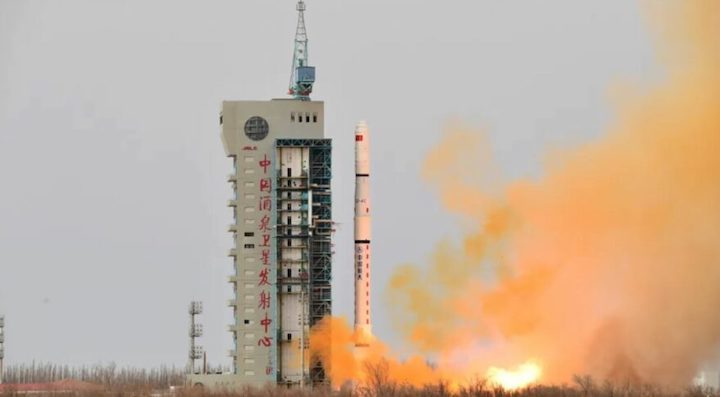 The Long March 4C lifted off from Jiuquan Satellite Launch Center in the Gobi Desert at 9:22 p.m. Eastern Feb. 23, marking a return to launch activities following the Chinese New Year.

The satellites are the third group of Yaogan-31 triplets. The previous two groups, launched in April 2018 and January 2021, were placed into orbits of around 1,100 by 1,050 kilometers inclined by 63.4 degrees.

Chinese media state that the satellites will be used for “electromagnetic environment surveys and other related technology tests.”

Yaogan satellites are The Yaogan-31 satellites and their orbits may be seen as analogous to U.S. Department of Defense Naval Ocean Surveillance System (NOSS) satellite triplets.

Such satellites locate and track vessels by detecting and triangulating radio transmissions.

The launch was China’s fifth of 2021. CASC is planning at least 40 launches this year and is currently preparing launches of a new Long March 7A from Wenchang following failure of the rocket’s test launch last year. The Long March 5B to launch China’s first space station module is also undergoing assembly at the coastal Wenchang launch center.

In January commercial outfit iSpace failed to reach orbit with a second launch of its Hyperbola-1 solid rocket.