The U.S. Space & Rocket Center in Alabama says it will restore the world's only full-sized mockup of the space shuttle along with its external fuel tank and twin rocket boosters 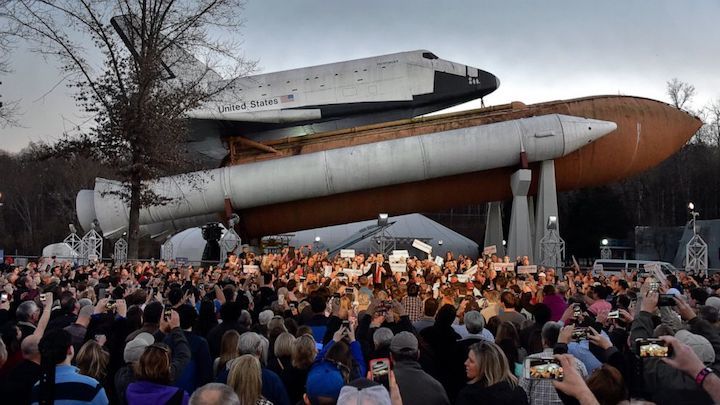 The U.S. Space & Rocket Center in Alabama announced plans Tuesday to restore the world’s only full-sized mockup of a space shuttle coupled with an external fuel tank and twin rocket boosters.

The shuttle test model, called Pathfinder, has been weathering outside the museum in Huntsville for more than three decades. The restoration work will be funded with a $500,000 federal grant and additional corporate donations, officials said.

The shuttle mockup was mated with a huge fuel tank and two prototype solid-rocket boosters for display at the state-owned museum in 1988. The multimillion refurbishment will take several years and involve removing the display, repairing it and returning it to its giant concrete stand.

Consisting of a shuttle-shaped metal frame covered with sheeting, Pathfinder was originally used to test ground handling, transportation and other procedures for the space shuttle. Once testing was completed and it wasn't further needed by the National Aeronautics and Space Administration.

Pathfinder was outfitted with fiberglass, plywood panels and engines to more closely resemble an actual shuttle.