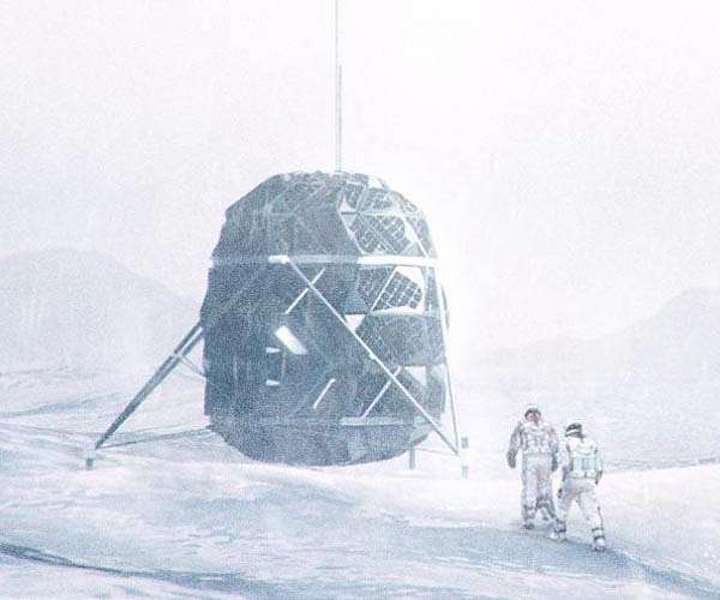 The two architects built the foldable futuristic-looking shelter as part of an experiment to establish whether ordinary people without training could survive in harsh conditions, including those on the Moon.

Danish "space architects" Sebastian Aristotelis and Karl-Johan Sorensen have wrapped up their mission in Greenland aimed at testing a "Lunark" shelter - an origami-inspired camp designed to withstand lunar conditions.

The shelter weighing 1,700 kilogrammes was designed by the SAGA Space Architects where Aristotelis and Sorensen are employees. The habitat can be folded so as to fit in a space rocket without occupying much space. It is also designed to weather temperatures as low as -45 Celsius and wind speeds up to 89 kilometres per hour.

Heralding the possible era of space tourism, the experiment sought to find out how feasible it is to live in such a shelter in hostile environments.

"We are civilians and if we are looking at a future with more civilians in space, that's one of the most important things for us as architects to figure out", Aristotelis told MailOnline upon returing to Copenhagen.