Situation with the oxygen leak on ISS under control, General Director of the organization Dmitry Rogozin added 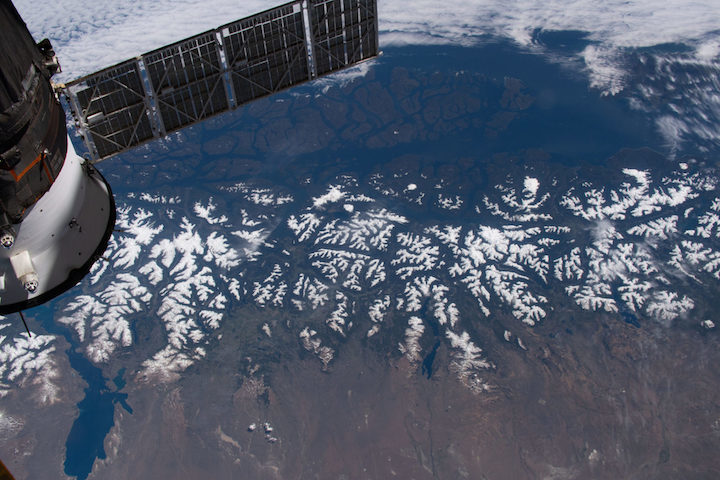 Russia’s Roscosmos will be able to send an additional supply of oxygen to the ISS in February, if necessary, General Director of the organization Dmitry Rogozin told reporters.

"First, the station itself has oxygen reserves. That is, if it is necessary to replenish oxygen and nitrogen in the event of atmospheric pressure losses, we have such reserves. And we are going to send a cargo ship to the ISS, our Progress from Baikonur, in February. It already has a supply of oxygen," Rogozin said.

The oxygen leakage situation on the International Space Station is under control, Rogozin added.

According to the head of Roscosmos, the situation is a "wake-up call" that it is time "to think about new structures."

Head of Russia’s space agency also promised to "fix" the problems of the International Space Station.

"We are working with the crew, I am heading the commission for conducting flight tests of manned systems and complexes. We will fix these problems," Rogozin told reporters.

He suggested that problems at the station could be associated with micrometeorites that affect the hull, and the station’s time in service. "We will fix it, of course. But nevertheless, I say it again - the question will still arise that everything has its time," said the head of the state corporation.

It was reported earlier, with reference to the negotiations between the ISS and the Russian Mission Control Center, that the Russian cosmonauts at the station were looking for a new place of leakage. Cosmonaut Sergey Ryzhikov, stationed on the ISS, noted that air may be escaping through the transition chamber.

On the morning of October 15, the ISS crew reported to Earth that a possible air leak had been found in the intermediate chamber of the Russian Zvezda module. Later, cosmonaut Anatoly Ivanishin said that the place of the leak looks like a curved scratch of 2-3 cm. Later Ryzhikov specified the size of the crack of about 4.5 cm. In November, Russian crew members took pictures of the alleged leak from the outside of the ISS during a spacewalk. The cosmonauts did not notice any damage outside the station in the area of the crack.

On December 18, during negotiations with the ISS, a specialist from the Mission Control Center said that at the moment there was no understanding of an exact location of another air leak in the Zvezda module. The specialist noted that gas reserves are now being lost.

On December 18, during a communication session with the ISS, a specialist from the Mission Control Center reported a possible new air leak in the transition chamber in the Zvezda module

Equipment for a detailed study of a pressure leak aboard the International Space Station (ISS) will be delivered by Russia's Progress space freighter in February 2021, Roscosmos Director General Dmitry Rogozin said on Tuesday.

"In February, we will send a Progress space freighter to deliver vital supplies, first of all equipment for a more detailed study into causes of the air leak aboard the station," the space official said in an interview with the Komsomolskaya Pravda radio station on Tuesday.

The ISS crew reported to Russia’s Flight Control Center on the morning of October 15 that the cosmonauts had found a possible air leak spot in the inter-section compartment of the Zvezda module. Cosmonaut Anatoly Ivanishin later specified that the air leak spot looked like a curvilinear scratch 2-3 cm long. Cosmonaut Sergei Ryzhikov later said that the fracture was about 4.5 cm in its size.

In November, the ISS Russian crewmembers made images of the possible air leakage spot from the outside of the space station during their spacewalk. The cosmonauts did not notice any damage outside the station in the area of the fracture.

On December 18, during a communication session with the ISS, a specialist from the Mission Control Center reported a possible new air leak in the transition chamber in the Zvezda module, adding that there was no information about the exact location of the leak.