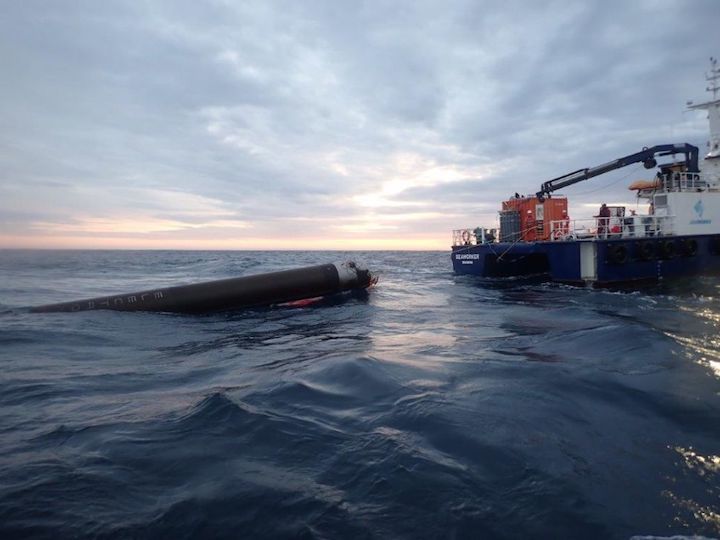 Rocket Lab recovered the first stage of its Electron booster for the first time ever during the “Return to Sender” mission, which launched on Nov. 19, 2020.
(Image: © Rocket Lab via Twitter)

Rocket Lab is now confident that its reusability dreams can come true.

The company recovered the first stage of its two-stage Electron rocket for the first time on Thursday (Nov. 19), fishing the booster out of the Pacific Ocean a few hours after it had helped launch a 30-satellite mission aptly called "Return to Sender."

The stage survived its trip back from space in great shape, helping to validate Rocket Lab's reusability vision, according to company founder and CEO Peter Beck.

"The test was a complete success," Beck said during a call with reporters today (Nov. 23). "We're really confident now that Electron can become a reusable launch vehicle."

The 58-foot-tall (18 meters) Electron, which gives small satellites dedicated rides to orbit, has been an expendable vehicle since its debut launch in 2017. Last year, however, Beck announced that the company plans to make the first stage reusable, chiefly to boost production and launch rates, although the move will likely lead to significant cost savings as well.

Rocket Lab's recovery strategy is different than that of SpaceX, which routinely reuses the first stages of its Falcon 9 and Falcon Heavy rockets. Electron is too small to make vertical, powered touchdowns like the Falcon boosters do, Beck has said; the Rocket Lab vehicle cannot carry enough fuel to have enough left over for landing. So Electron first stages will come back to Earth under parachute and be plucked out of the sky with a helicopter before they hit the water.

Rocket Lab had already made significant progress toward this goal before the launch of "Return to Sender," the 16th Electron flight. The company had guided boosters back to Earth in a controlled fashion on two previous missions, for example, and it demonstrated the helicopter-snagging technique during a drop test with a dummy first stage this past March. 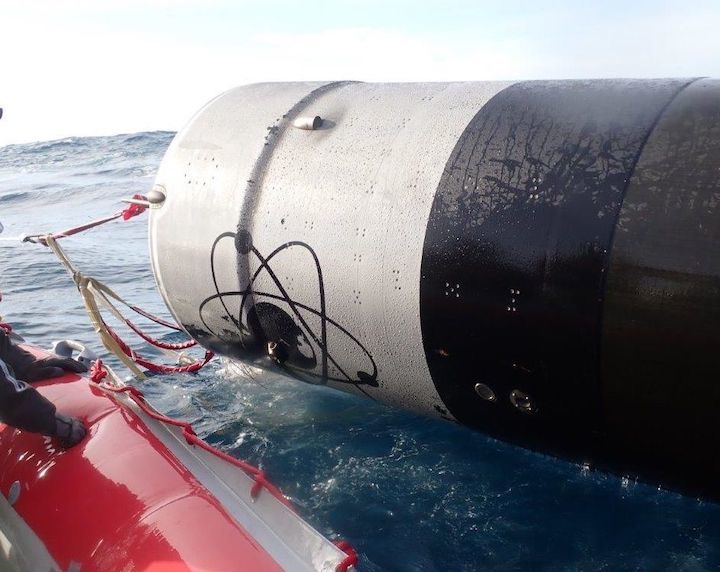 The recovery, which occurred in the Pacific about 400 miles (650 kilometers) from Rocket Lab's New Zealand launch site, was no picnic. The recovery vessel encountered 6.5-foot (2 m) swells at the splashdown site, "so it was a pretty lively event out there," Beck said. "Ironically, the stage survived in really great condition after coming back from space, but it did take a bit of a beating out at sea."

And things got really sporty on the way back to shore, when the ship and its crew battled 16.5-foot (5 m) swells.

"Containers that were welded to the steel deck of the ship started breaking, so it was a pretty wild, wild trip," said Beck, who remained onshore at mission control during the operation.

With the booster now back on dry land, Rocket Lab will methodically inspect its many components and subsystems to see how well each one survived the harsh re-entry environment. This time-consuming work has just now begun, so it's too soon to report detailed results, Beck said.

That being said, a few things are already clear, in addition to the booster's encouragingly good overall condition. For example, Electron lost a fair portion of its heat-shield panels during the blazing-hot journey through Earth's atmosphere, Beck said.

"The next big piece of work for us is on that heat shield — reinforcing it and redesigning it to carry the loads," he said, referring to the stresses of re-entry. "But the good news is that now we actually know the loads, and we've got great visual evidence about which parts of the heat shield worked really well and which parts failed." 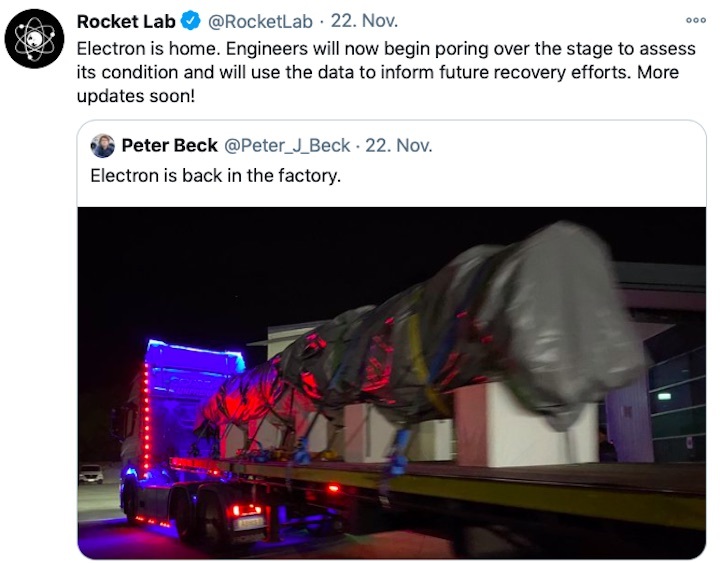 The "Return to Sender" booster won't lift off again. But Rocket Lab intends to refly some of the components that survived Friday's return to Earth in good nick, Beck said.

We'll see more parachute-aided ocean splashdowns and booster recoveries on Electron missions in the near future, he added. Rocket Lab wants to fully understand Electron's performance in the re-entry environment before taking the next big step — using a piloted helicopter to catch a falling first stage.

"We're not going to put anybody in harm's way with a booster coming out of the sky with higher velocities than we expect, or [when we] can't accurately predict where it's re-entering," Beck said. "We got one great data point, but I want to get a few more data points before we try and go and hook it, purely from a safety perspective."

Beck also confirmed during Monday's call that he plans to make good on his previously stated promise to eat his hat if Rocket Lab ever decided to go reusable.

"I think a blended hat should be just fine, but apparently it's not particularly good for you," he said. "It's a topic of much discussion at Rocket Lab right now."

Beck said he's "keen for the real thing" rather than a cop-out such as a Homer Simpson-style nacho hat.