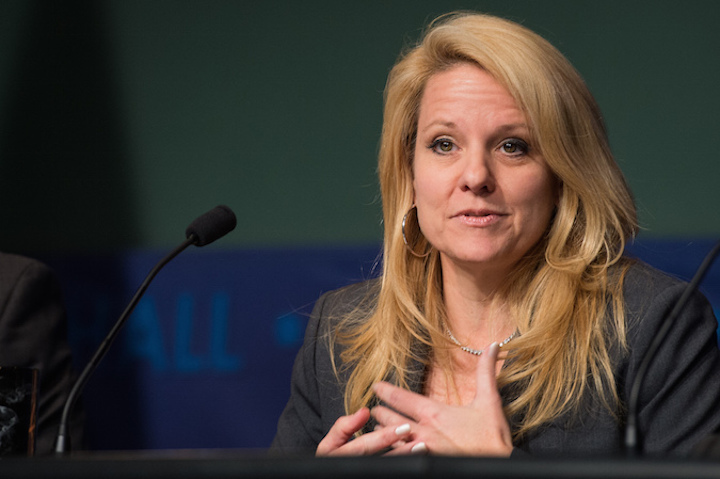 SpaceX could use its Starship vehicles to clear out space debris in Earth orbit, alongside the program’s more publicized purpose of ferrying people and cargo to the moon and Mars, a company executive said.

“Starship is an extraordinary new vehicle capability,” Shotwell said in a discussion posted online Oct. 22 by Time. Shotwell was named as one of Time’s 100 most influential people of 2020.

SpaceX is designing the Starship and its massive booster rocket — named the Super Heavy — to be fully reusable. Both vehicles will come back to Earth for vertical landings to be turned around for more missions.

“Not only will it decrease the costs of access to space, it’s the vehicle that would transport people from Earth to Mars,” Shotwell said in an interview with Time’s technology columnist Patrick Lucas Austin. “But it also has the capability of taking cargo and crew at the same time, and so it’s quite possible that we could leverage Starship to go to some of these dead rocket bodies — other people’s rocket’s, of course — basically pick up some of this junk in outer space.”

As of February of this year, the European Space Agency said there were about 22,300 objects in orbit regularly tracked and catalogued by space surveillance networks. As of February, about 90% of those objects were no longer functioning, according to ESA.

ESA has proposed a robotic mission to deorbit the failed Envisat remote sensing satellite. ESA controllers lost contact with Envisat in 2012, and the bus-sized satellite is not expected to naturally decay out of orbit for around 150 years. That means it poses a long-term threat to create more space debris through collisions with other objects in orbit.

Other companies like the Japanese startup Astroscale are seeking to demonstrate demonstrate a commercial service for actively removing disused satellite and rocket stages from orbit.

SpaceX’s Starship could do it at a much larger scale.

“It’s not easy — it’s not going to be easy — but I do believe that Starship offers the possibility of going and doing that and I’m really excited about it,” Shotwell said. 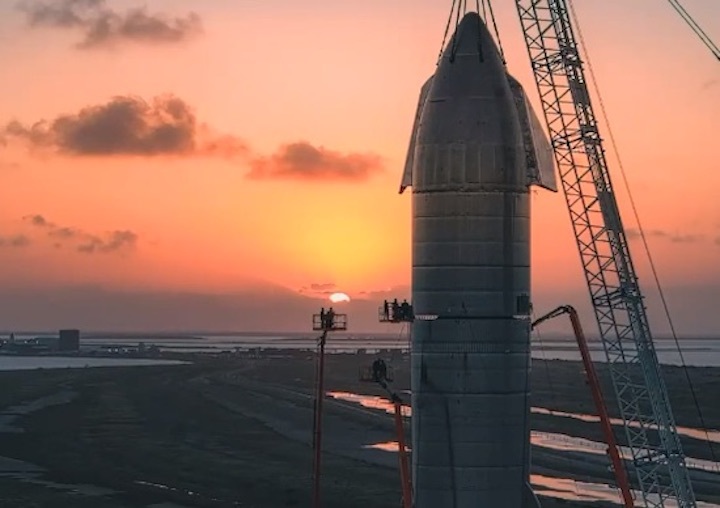 SpaceX is on the cusp of the most ambitious test of its Starship vehicle yet. A full-size Starship prototype with three Raptor engines — of the six that will fly on orbital-class Starships — will take off from SpaceX’s test site in South Texas and fly to more than 49,000 feet, or 15 kilometers.

The 164-foot-tall (50-meter) stainless steel Starship will then come back to Earth and attempt to land on a pad next to the launch site at SpaceX’s Boca Chica facility on the shores of the Gulf of Mexico.

Company officials, including SpaceX founder Elon Musk, say they aim to have the Starship ready for an orbital test flight before the end of 2021, followed by numerous missions to launch satellites, test out in-orbit refueling, and eventually target cargo and crew expeditions to the moon and Mars.

NASA has a contract with SpaceX to develop a Starship variant that could land astronauts on the moon’s south pole.

SpaceX is in the midst of deploying a network of thousands of Starlink internet satellites, raising concerns that the company could be adding to the space debris problem.

Shotwell said the Starlink program offered SpaceX a “great opportunity” to “learn our own lessons” in the management and remediation of space debris.

“We originally started this constellation at a much higher altitude,” she said. That was what we had applied our license to, but when we found that satellites at that higher altitude could be in orbit for centuries or millennia, that didn’t sound great to us because there will always be failures of satellites.”

SpaceX now plans to operate its first 4,400 Starlink satellites in orbits around 341 miles (550 kilometers) above Earth. Earlier plans called for most of the 4,400 satellites to fly in higher orbits between 690 miles (1,110 kilometers) and 823 miles (1,325 kilometers) in altitude.

“There are rocket bodies littering the space environment, and dead satellites littering the space environment,” Shotwell said. “So we’ve requested to bring the entire constellation to a lower altitude, so that the satellites decay much quicker and in fact we inject into a lower altitude, so if for whatever reason right after launch they’re not working well, they come to back to Earth. They break up, of course, but they basically leave their orbital positions very quickly.”