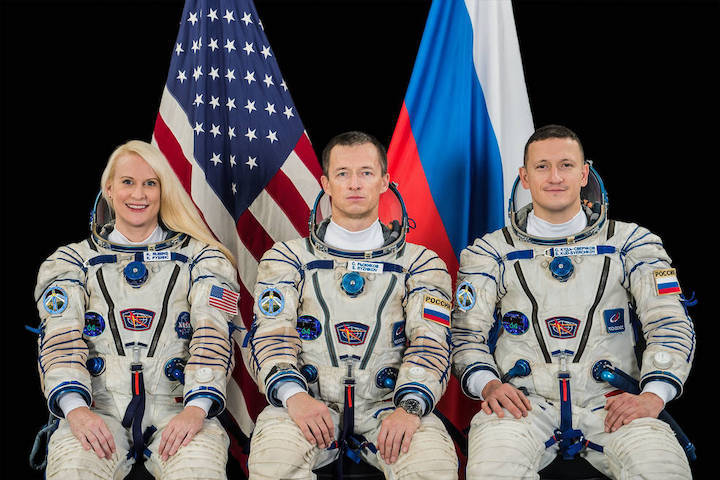 NASA astronaut Kate Rubins and cosmonauts Sergey Ryzhikov and Sergey Kud-Sverchkov of the Russian space agency Roscosmos will discuss their mission and the upcoming 20th anniversary of continuous human presence aboard the International Space Station during an in-orbit news conference at 11:10 a.m. EDT Friday, Oct. 30. The news conference will air live on NASA TV and the agency’s website.

All media participation for the event will be remote; no media will be accommodated at any NASA site due to the ongoing coronavirus (COVID-19) pandemic. Reporters may ask questions by phone and are asked to request virtual credentials by calling the newsroom at NASA’s Johnson Space Center in Houston at 281-483-5111 no later than 5 p.m. Thursday, Oct. 29. Reporters must dial into the news conference no later than 10:55 a.m., immediately before the news conference begins.

Monday, Nov. 2, will mark 20 years that humans have lived and worked continuously on the space station to test technologies, conduct scientific research, and develop skills needed to explore farther from Earth. Through this global endeavor, 241 people from 19 countries have visited the unique microgravity laboratory that has hosted more than 3,000 research and educational investigations from people in 108 countries and areas.

Permanent human occupancy of the station began Nov. 2, 2000, when Expedition 1 commander William Shepherd of NASA and Russian cosmonauts Yuri Gidzenko and Sergei Krikalev entered the orbiting laboratory after docking their Soyuz TM-31 spacecraft to the complex. The trio launched Oct. 31, 2000, from the Baikonur Cosmodrome in Kazakhstan.

On Thursday, Oct. 29, NASA will host a panel discussion featuring Expedition 1 crew members Shepherd, Gidzenko, and Krikalev, along with space station program leaders George Abbey and Ginger Kerrick, as they discuss the first long-duration mission to the orbiting laboratory. The discussion will air live at 3 p.m. on NASA TV and the agency’s website.

A new episode of EZ Science also will discuss how the station has contributed to scientific advancements. New episodes of Houston, We Have a Podcast slated for release on Friday, Oct. 30, and Monday, Nov. 2, will feature Shepherd and International Space Station Program Manager Joel Montalbano, respectively.