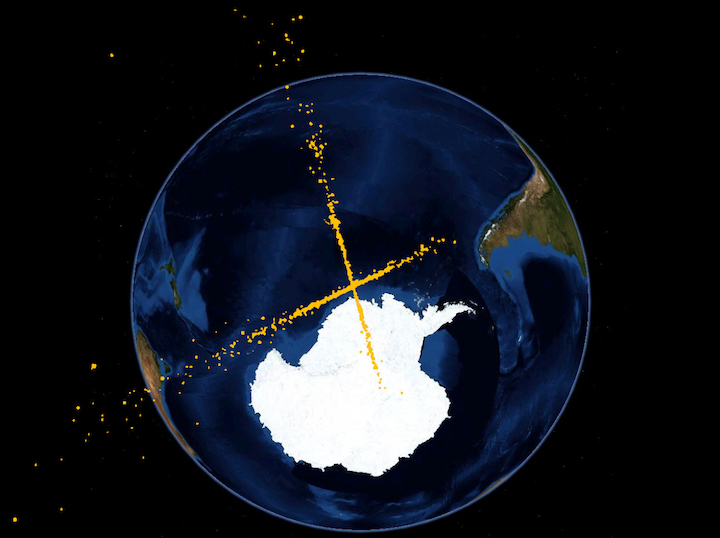 Most of the aerospace world watched the skies over Antarctica and New Zealand for portions of Thursday night/Friday morning.

Roughly one hour after the time of possible collision, LeoLabs confirmed “No indication of collision” via a statement on Twitter.

The two objects held a greater than 10% chance of colliding 991 km above Antarctica.

Both objects, an old Soviet-era satellite and the upper stage of a Chang Zheng 4C Chinese rocket, are inoperable and uncontrollable.  Therefore, there was no way to move one of them out of the way to avoid the potential collision.

The first object was Cosmos 2004, a defunct Soviet satellite.

Cosmos 2004 launched from the Plesetsk Cosmodrome in the northern Soviet Union (now the Russian Federation) on 22 February 1989 aboard a Kosmos-3M launch vehicle.

The spacecraft was the 64th of 99 satellites launched as part of the Soviet-Russian Parus navigation and data relay constellation. 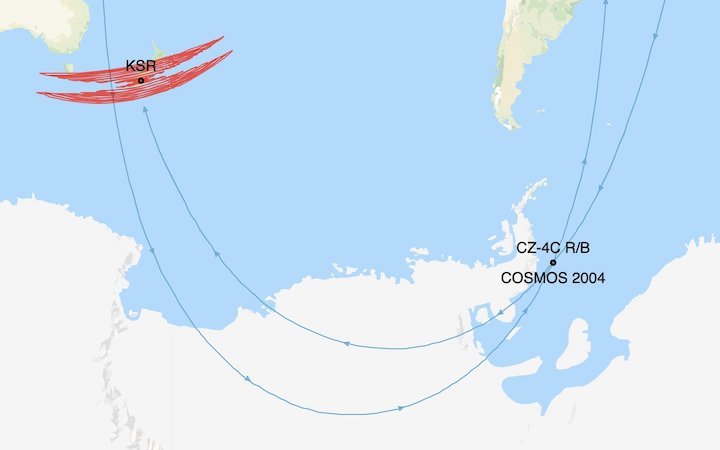 It is believed that the Parus satellites acted as a relay system in the wider Tsyklon-B navigation constellation, which among other things provided increased accuracy to Russian Navy ballistic missile submarines during the Cold War.

The second object was the spent upper stage of a Chinese Chang Zheng 4C (CZ-4C) rocket.

The CZ-4C is a Chinese launcher consisting of three stages.

This particular CZ-4C third stage launched in 2009, meaning it would have to be the third stage used to loft the Chinese Yaogan-8 military reconnaissance satellite on 15 December 2009 as that marked the only use of a CZ-4C that year.

At the time of the announcement of the potential collision, LeoLabs stated there was a 1% to 20% chance that the two objects would collide, although by 15 October the company updated that status to reflect a >10% chance of collision.

The combined mass of the two objects, which could have impacted each other with a relative velocity of 14.7 km/s, was approximately 2,800 kg.

Shortly after the time of probable collision, the CZ-4C stage passed over the Kiwi Space radar tracking station in New Zealand.  According to LeoLabs, “Shortly after [time of probable collision], we will have a direct pass of CZ-4C R/B over our Kiwi Space Radar in New Zealand.  We have scheduled a search mode scan during this time to ensure we only see two objects as expected and hopefully confirm that no new debris is detected.”

This is exactly what happened, with the only observed object being the single CZ-4C stage — indicating no collision had occurred.

Watching this very carefully were be NASA and Roscosmos.

While the International Space Station orbits at approximately 410 km — far lower than the potential collision altitude of 991 km — an impact of this magnitude could have flung debris in all directions and sent some pieces very quickly into higher and lower altitudes.

In late-September, the three members of ISS Expedition 63 had to seek shelter in their Soyuz MS-16 spacecraft and make preparations for an evacuation of the Space Station after a small piece of debris was expected to pass within 1.5 km of the laboratory.

The nature of any debris field that would have come from a collision would have taken time to evaluate — as would the total number of debris created. 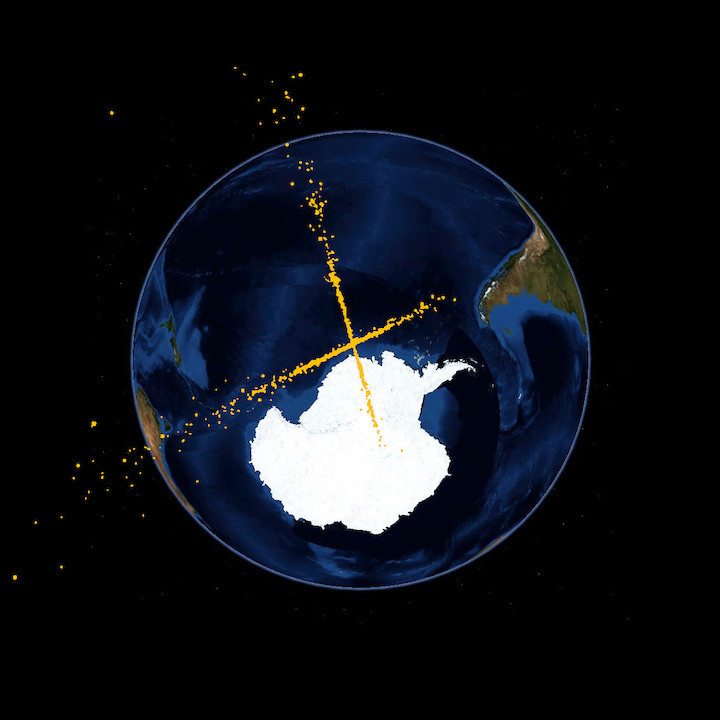 An example of something like this occurred in 2009, when an active telecommunications satellite, Iridium 33, collided with the decommissioned Russian Kosmos-2251 satellite, causing an extremely large debris field of over 1,000 pieces of metal >10 cm which fortunately did not impact any further space junk and cause any further issues.

In 2019, India conducted a heavily-criticized Low Earth Orbit anti-satellite missile test, which intentionally destroyed a target satellite in a 300 km orbit.  The resulting debris field flung pieces into orbits with much higher apogees — one of 1,950 km, demonstrating the wide-ranging altitudes collision debris can be placed into.

According to LeoLabs, the final predicted miss distance for Cosmos 2004 and CZ-4C R/B was just 25 meters (+/-18 meters).  Given the 17 meter long boom arm extending from the Parus Cosmos 2004 satellite, this was still alarmingly close and didn’t preclude a potential collision.