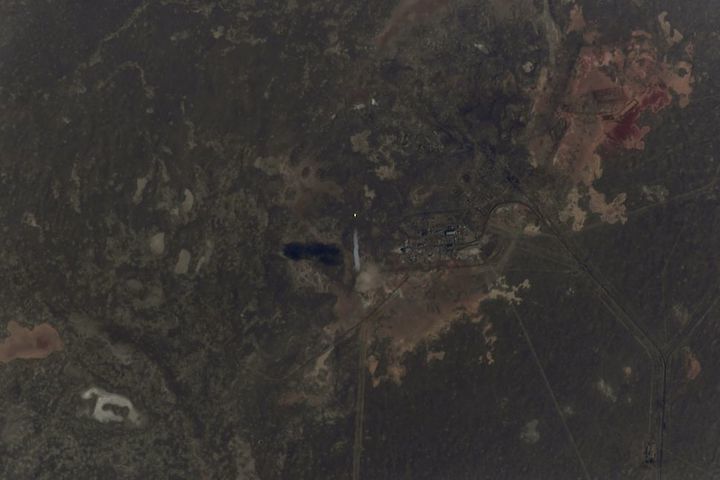 A cosmonaut in orbit caught stunning photos of three astronauts launching on a record-setting jaunt to the International Space Station.

Russian cosmonaut Ivan Vagner has been in orbit since April, one of three astronauts living and working on the orbiting laboratory for the past six months. But now, he and his colleagues have company: two more cosmonauts and a NASA astronaut, who launched on a Russian Soyuz rocket from Kazakhstan Wednesday (Oct. 14) at 1:45 a.m. EDT (0545 GMT; 10:45 a.m. local time). The Soyuz arrived at the station just over three hours later, a new record for the fastest crewed trip to the orbiting lab.

"Congratulations on the successful launch!" Vagner wrote on Twitter shortly after the launch. "The flight seen from space looks even cooler than from the Earth!"

Astronauts on the space station are often able to photograph their colleagues' launches because these liftoffs are carefully timed with the space station's orbitto ensure that the new vehicle can catch up to the behemoth station.

In the case of today's launch, that timing was a new variation on the theme: For the first time, a crew arrived at the International Space Station after just two orbits of Earth, compared to the usual four or more. The speedy path meant that the new crew set a record, docking at the space station just 3 hours and 3 minutes after launch, according to another tweet from Vagner. 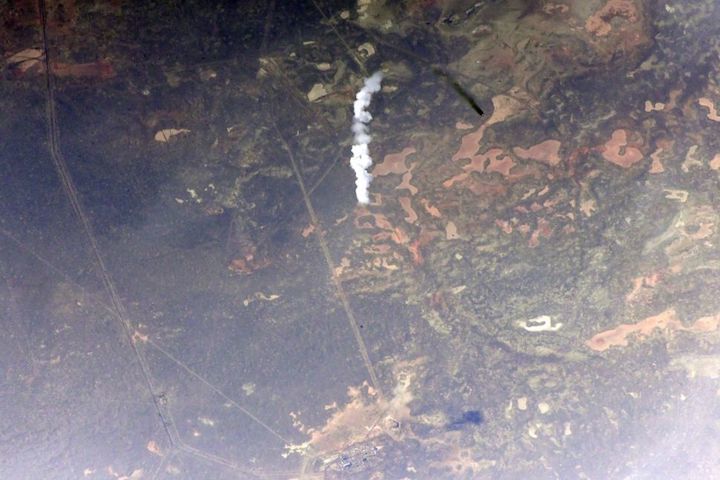 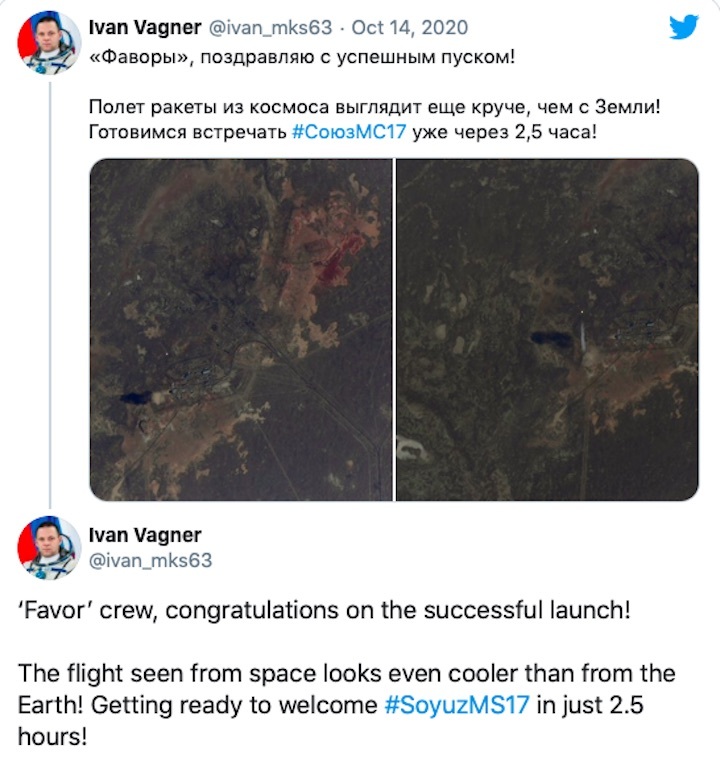 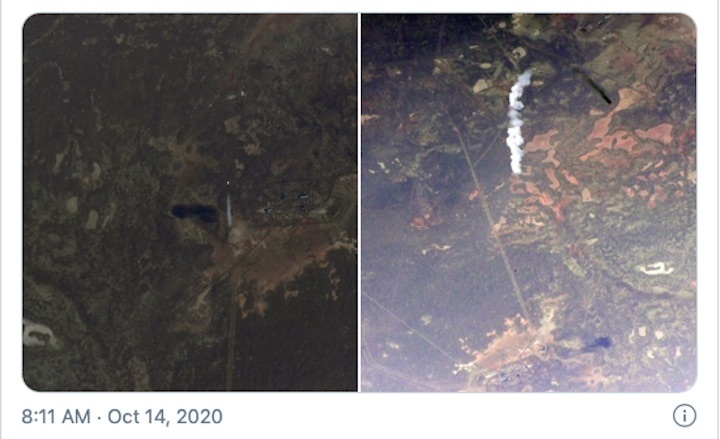