Russia’s state commission is very much satisfied with the results of the Soyuz MS-17 spacecraft’s super-fast flight to the International Space Station, the Roscosmos chief said 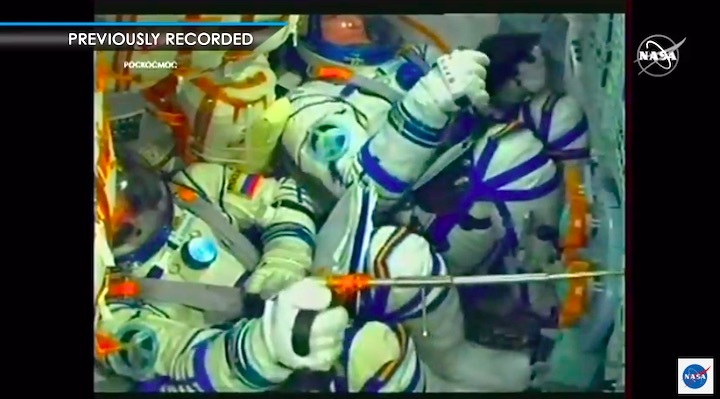 The Soyuz MS-17 manned spacecraft launched atop a Soyuz 2.1a carrier rocket from the Baikonur spaceport in Kazakhstan at 08:45 a.m. Moscow time on October 14 reached the space station within a record time of three hours and three minutes, docking with the orbital outpost at 11:48 a.m. Moscow time.

"This is a big step towards further developing crewed space. This opens additional possibilities for unprofessional cosmonauts for flights to the station as they do not need long-term adaptation," the Roscosmos chief said.

Russia’s state commission is very much satisfied with the results of the Soyuz MS-17 spacecraft’s super-fast flight to the International Space Station, the Roscosmos chief said.

Some space industry professionals earlier expressed doubts, saying that such a scheme was inconvenient and "two days or six hours are a more acceptable option for the crew to reach the required orbit and dock with the station on time," Rogozin said.

The Roscosmos chief said he had asked the crew to tell him honestly whether they felt any extra loads. The crew commander reported that he fully welcomed this super-short scheme of the flight, Rogozin said.

Roscosmos plans to use the experience of the super-fast travel of the Soyuz MS-17 manned spacecraft during flights of Russia’s latest Oryol spaceship, Rogozin said.

"We will fully use today’s experience to provide for the same quick orbiting of the Oryol spacecraft, the Roscosmos chief said.

Roscosmos will frequently use the super-fast scheme of launching manned spacecraft to the ISS, Rogozin said.

"It depends on the flight assignment. We have simply shown that we can do that. Most likely, we will do it frequently," the Roscosmos chief said.

Meanwhile, Roscosmos Executive Director for Manned Space Programs Sergei Krikalyov said that such flights were not a goal in itself.

"It will be important to achieve the crew’s convenient work and efficiency," he stressed, adding that the super-fast scheme might not be applied every time.