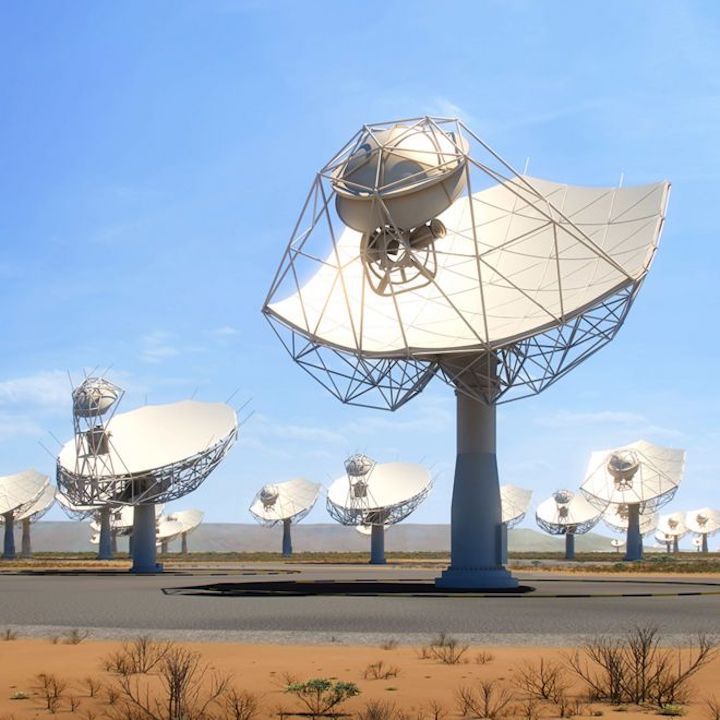 The project to build the largest telescope facility on Earth has also now voiced its concern about the coming era of satellite mega-constellations.

The Square Kilometre Array (SKA) will link radio antennas across South Africa and Australia to study the far-reaches of the cosmos.

But its governing organisation says the telescope's science would be severely compromised if thousands of telecommunications spacecraft begin flying overhead with no regard for the radio interference they might cause.

A number of companies - including US entrepreneur Elon Musk's SpaceX outfit, and the UK/Indian-owned OneWeb firm - plan vast networks in the sky to relay broadband internet.

The Square Kilometre Array Organisation (SKAO) says it's imperative these ventures engage with the radio astronomy community to minimise their impacts on the South African and Australian antennas.

Already, scientists who observe the Universe in visible/optical light have complained about the brightness of some of the spacecraft and how this can leave streaks in sky images.

The radio astronomers' issue is slightly different - it concerns the potential for the satellites' downlink communications to swamp the signals the SKA will try to detect from deep space.

The particular worry is the spectrum in Band 5b - a set of frequencies that runs from 8.3 to 15.4 GHz.

A portion of this is allocated for satellite use, but astronomers also like to use it because it's where some interesting features are seen to radiate. These include atoms and molecules that on Earth are involved in life processes.

Satellites and astronomers have to date lived relatively happily side by side in Band 5b, largely because those existing spacecraft dedicated to telecommunications have either not operated over radio facilities or when passing by have made sure they aren't transmitting.

This scenario could radically change, however, with the introduction of thousands of fast-moving, low-orbiting broadband satellites, warns the SKAO. 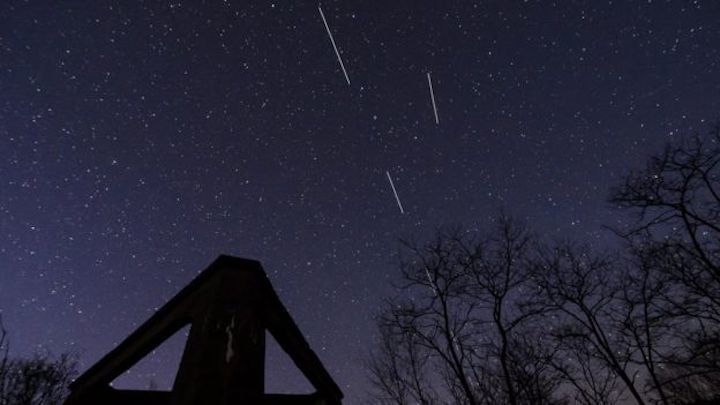 The organisation has just completed a modelling study that describes the impacts a population sample of 6,400 broadband spacecraft would have on the "SKA-Mid telescope" segment of the project, which will soon be erected in South Africa and consist of an array of 197 dishes.

The investigation finds that - without any mitigation measures - the loss of sensitivity in Band 5b as a result of frequency interference will result in observations taking 70% longer.

If observing sessions take longer to complete, fewer astronomers will get the opportunity to use the SKA - and that will cut down on its scientific return.

"There is tremendous scientific and public interest in identifying the origins of life beyond that found on Earth and one of the most promising methods of tracking it down elsewhere in our galaxy is the detection of complex pre-biotic molecules, whose spectral signatures are concentrated between about 10 and 15 GHz," explained SKA science director Dr Robert Braun.

"This is only one of many exciting science goals that depend on sensitive access to this frequency range. The prospect of losing sensitivity in this key frequency band is extremely worrying."

Mitigation would see satellite operators either pointing their transmissions away from the SKA antennas, or switching them off completely when moving overhead.

The SKA is to be built in sparsely populated areas, to try to avoid interference from telephone, TV, wifi and other ground-based radio links. This means there ought not to be many customers near the "SKA-Mid telescope" for the broadband services the new players in satellite communications will be delivering.

"We've pointed out some problems, but we've also pointed out the solutions," said Tim Stevenson, the head of assurance at the SKAO.

"We know the constraints that relate to these satellite systems; after all some of us are actually spacecraft engineers.

"What we need is a pragmatic approach because we also recognise the value of what they're doing. This is the modern world, and access to the internet is critical to development. Indeed, some of our member states are in the developing world, and so we are very sensitive to such issues," he told BBC News. 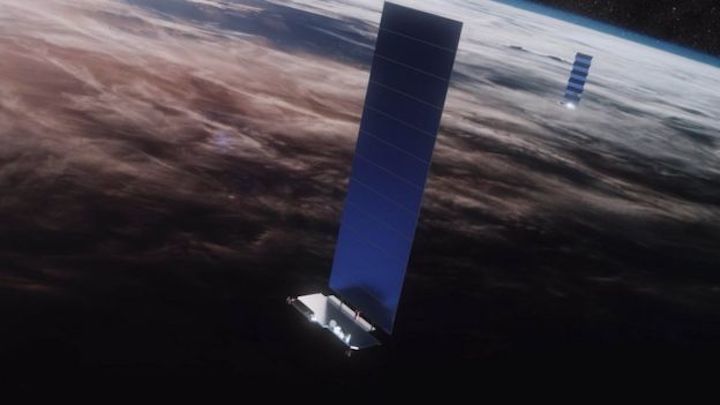 Elon Musk's SpaceX company says it is committed to eliminating any impacts on astronomy from its new Starlink broadband constellation. OneWeb is in the process of extracting itself from bankruptcy proceedings but made similar commitments earlier this year.

The SKA is one of the grand scientific projects of the 21st Century.

It aims to produce a radio telescope with a collecting area of one million square metres (one square km) - equivalent to about 200 football pitches.

The SKA will investigate radio sources in the sky that radiate at centimetre to metre wavelengths - but it will achieve sensitivities that are far beyond the reach of current radio telescopes.

This should allow it to see the hydrogen in the first stars and galaxies to form after the Big Bang.

The SKA will also pinpoint precisely the positions of the nearest 100 million galaxies. Scientists hope this map will reveal new details about "dark energy", the mysterious negative pressure that appears to be pushing the cosmos apart at an ever increasing speed.

Construction of the SKA is scheduled to begin next year, with routine science observations expected to be under way by the late 2020s.

The project will cost the SKAO's 14 member states just under €2bn (£1.8bn) to implement.