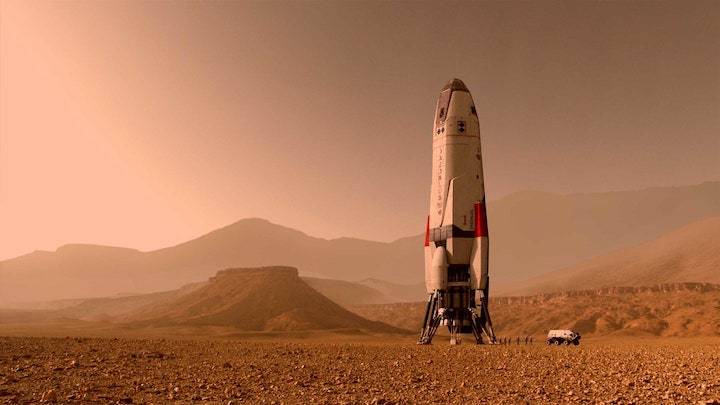 Researchers are working to find new ways to protect the human body from radiation in space in order to allow people to live far from Earth for years at a time.

Why it matters: Big thinkers like Elon Musk and Jeff Bezos believe that one day people will be living and working in space, on the Moon and even on Mars for years at a time, but humans aren’t made to stand up for long to the extreme radiation environment they’ll face off Earth.

What's happening: While living in space for years at a time is still a long way off, even shorter-duration missions to relatively nearby targets could still expose astronauts to doses of radiation that may up their odds to develop cancer later in life.

Between the lines: It's not clear exactly how bad the effects of radiation exposure actually are to people living in space.

And scientists are still trying to parse different models for how radiation could cause cancer in astronauts and how high their risks of developing it could be.

What's next: Weill Cornell Medicine geneticist Chris Mason — who was involved with NASA research on the biological effects of astronaut Scott Kelly's 340 days in space — has written about a 500-year plan to reengineer human genetics to make long-term space travel and even settlement on other worlds possible.

Details: Modifying the DNA of future astronauts through gene therapies or gene editing to make them more resistant to radiation and other threats from long-term space travel is an ambitious strategy.

Yes, but: Scientists need to have a much better idea of exactly what targeted genes do before they could safely and effectively modify DNA in astronauts.

The bottom line: If future humans do eventually make space home, chances are they'll need protection that doesn't yet exist.