Located 9.3 billion light years away, the galaxy is the first to have been observed in the extreme UV environment and it offers insights into the conditions of the early universe. 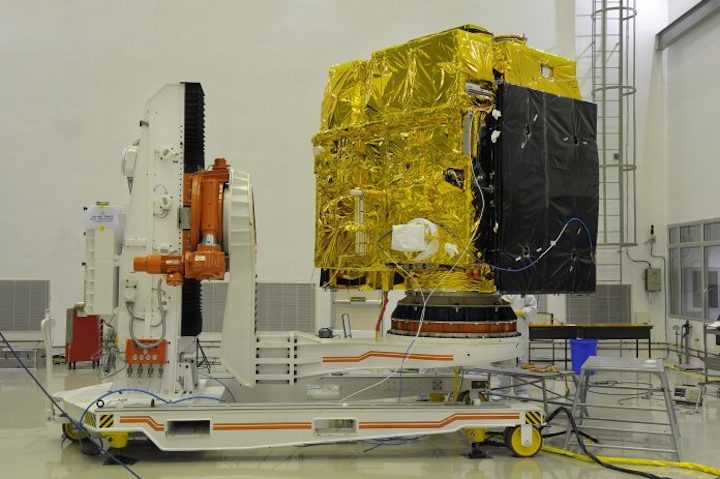 Bengaluru: India’s multi-wavelength orbiting telescope, AstroSat, has detected light from a galaxy, called AUDFs01, in the extreme-ultraviolet (UV) light. The galaxy is 9.3 billion light years away from Earth.

The discovery was an international collaboration by astronomers from India, Switzerland, France, USA, Japan and the Netherlands. It was led by Dr Kanak Saha, associate professor of astronomy at the Inter-University Centre for Astronomy and Astrophysics (IUCAA), Pune.

This is the first time that star-forming galaxies have been observed in this extreme UV environment.

The paper announcing the finding was published in the journal Nature Astronomy Monday.

Saha’s team observed the galaxy within the patch of sky called the Hubble eXtreme Deep field (XDF), which itself sits at the centre of the Hubble Ultra Deep Field (HUDF).

The HUDF is a small area in the constellation of Fornax, created using Hubble Space Telescope data from 2003 and 2004. It contains thousands of galaxies, and became the deepest image of the universe ever taken at the time.

XDF contains about 5,500 galaxies, including those that go back 13.2 billion years in time, nearly as old as the universe, which is 13.7 billion years old. The youngest galaxy in XDF came into existence barely 450 million years after the Big Bang.

AstroSat looked at a part of XDF for 28 hours in October of 2016, a feat only space telescopes could perform because the atmosphere absorbs ultraviolet radiation.

After the observation, the researchers analysed the data for two years to ascertain that the emission was indeed from the AUDFs01. The researchers had to be doubly sure because the Hubble did not detect any UV emission from this galaxy since it was too faint.

“AstroSat/UVIT was able to achieve this unique feat because the background noise in the UVIT detector is much less than the ones on HST (Hubble Space Telescope),” said Saha in an accompanying statement.

AstroSat is India’s first multi-wavelength space telescope, which has five telescopes seeing through different wavelengths simultaneously — visible, near UV, far UV, soft X-ray and hard X-ray. It can observe the same target in visible, X-ray, and UV wavelengths together.

Onboard the AstroSat is a 38-cm wide UltraViolet Imaging Telescope (UVIT), which is capable of imaging in far and near-ultraviolet bands over a wide field of view. This data from the extreme-UV emission from the galaxy was collected by the UVIT instrument.

AstroSat was launched on 28 September 2015 by ISRO into a near-Earth equatorial orbit. It is a multi-institute collaborative project, involving IUCAA, ISRO, Tata Institute of Fundamental Research (Mumbai), Indian Institute of Astrophysics (Bengaluru), and Physical Research Laboratory (Ahmedabad), among others.

In an accompanying statement from IUCAA, the authors stated that the discovery marks the beginning of a new exploration of star-forming galaxies at extreme UV wavelength.

One second after the Big Bang, the newly expanding universe reached a temperature of 1 billion degrees, and began to cool. At this point, it consists only of protons, neutrons, and photons. Then neutrons and protons combined to form deuterons, an isotope of hydrogen. Some also formed helium. These ionised matter attracted electrons, and eventually combined to form neutral hydrogen.

At this point, about 3,80,000 years after the Big Bang, the universe is thought to have become “transparent” — it was able to allow light to flow freely through space for the first time in all directions.

But there were no astronomical bodies or structures, including stars or galaxies for upto 100 to 200 million years after the Big Bang, so the universe was in the dark. This period is the Cosmic Dark Age, which ended when the first stars formed.

High-energy processes like star and galaxy formation released tremendous amounts of energy, which split hydrogen and helium atoms back into protons and electrons, deionising the universe.

Which sources produced this reionization the most is an outstanding problem in the field of observational cosmology.

The answer has been hard to find because the intergalactic medium is very good at absorbing all photons from the reionization epoch of the universe. Therefore, it is very hard for them to have survived all these billions of years and to then reach Earth. And yet, some still do, enabling astronomers to observe ionising photons from this time period directly.

Observation of this galaxy is the first in this extreme ultraviolet environment where the understanding of star formation and evolution is not yet fully formed.