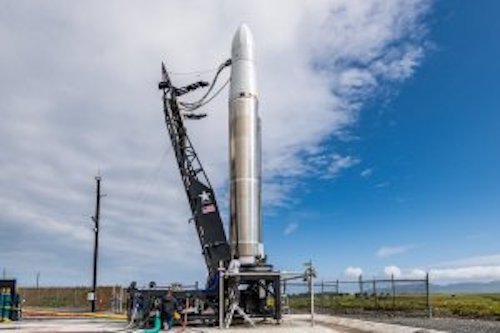 The Alaska Aerospace Corporation says the windows for last week’s attempted rocket launches at the Kodiak Pacific Spaceport were too narrow.

Astra, a California-based company, tried to send its 3.1 Rocket into space on four different days, each within a two-hour window.

The president of Alaska Aerospace, Mark Lester, says it’s not unusual to have launches called-off during the testing phase, but a bigger window might improve the success rate.

“We’re negotiating with the FAA, the Coast Guard and others to determine if two hours is most appropriate, or if we can negotiate a slightly longer window,” Lester said.

The FAA and the Coast Guard must sign off on the launch windows. In setting the time frames, they must consider the impacts to trans-Pacific flights and the fishing fleet. Lester says Alaska Aerospace hopes to expand the window by an hour, or at least by 30 minutes, which might have made some of last week’s cancelled launches possible.

The Sunday, August 2 launch was scrubbed after a boat wandered into the safety zone.

“For public safety, we closed the launch opportunity,” Lester said. “That’s unfortunate, because the speed of the boats takes a couple of hours to get through the closure areas.”

Then on Tuesday, the launch window closed after delays in loading rocket propellant. On Thursday, time ran out after a problem with the rocket’s drainage system. On Friday, the launch was canceled due to strong winds in the upper atmosphere.

A new launch schedule has been set. It starts on August 30 and ends on September 3. For now, the FAA has only approved a two-hour window for each launch attempt.

Astra hopes its 3.1 rocket can drive down the costs of sending rockets into space. It’s smaller in size – compact enough to fit into a shipping container and be towed by a truck — yet capable of sending a satellite into low orbit.

Lester says the rocket, if it’s successful, could open up a lot of economic opportunity for Alaska. He says launch vehicles like the Astra 3.1 are needed for telecommunications and monitoring the earth, as well as military and government ventures.