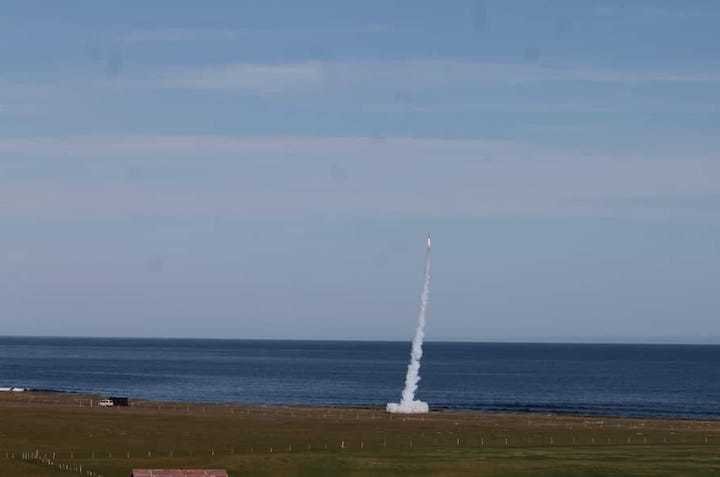 Iceland had its first rocket launch in fifty years this weekend, RÚV reports. Space Iceland, an organization that seeks to “foster the creation of a National Space Plan” successfully fired off a rocket from Langanes peninsula in Northeast Iceland on Saturday.

The rocket was launched in two parts, or stages, in front of a crowd of onlookers. The first stage launch reached a height of six kilometres, the second, a height of 30 kilometres. Both parts landed in the sea, not far from shore, and were easily retrieved by Search and Rescue volunteers, thanks to GPS equipment inside each piece.

The rocket was manufactured by the Scottish company Skyrora, self-described as the ‘Uber of Space Travel,’ which develops and builds rockets capable of launching satellites into space. Saturday’s launch was a test flight and part of ongoing development efforts.