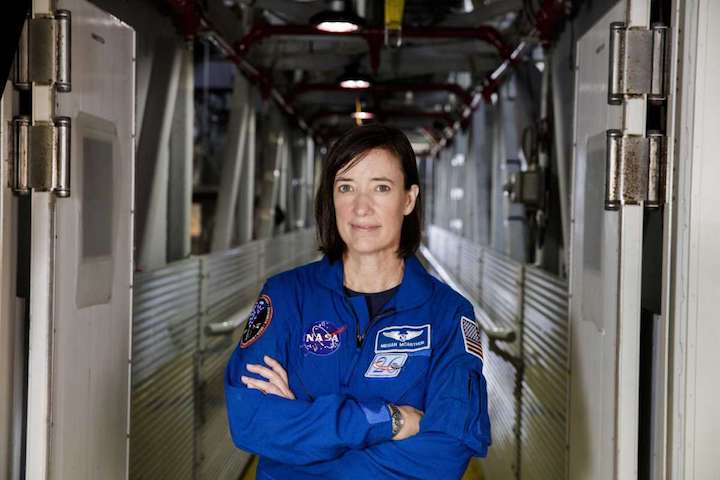 NASA astronaut Megan McArthur poses for a portrait on the Crew Access Arm of the mobile launcher, Tuesday, June 25, 2019, inside the Vehicle Assembly Building at NASA's Kennedy Space Center in Florida. 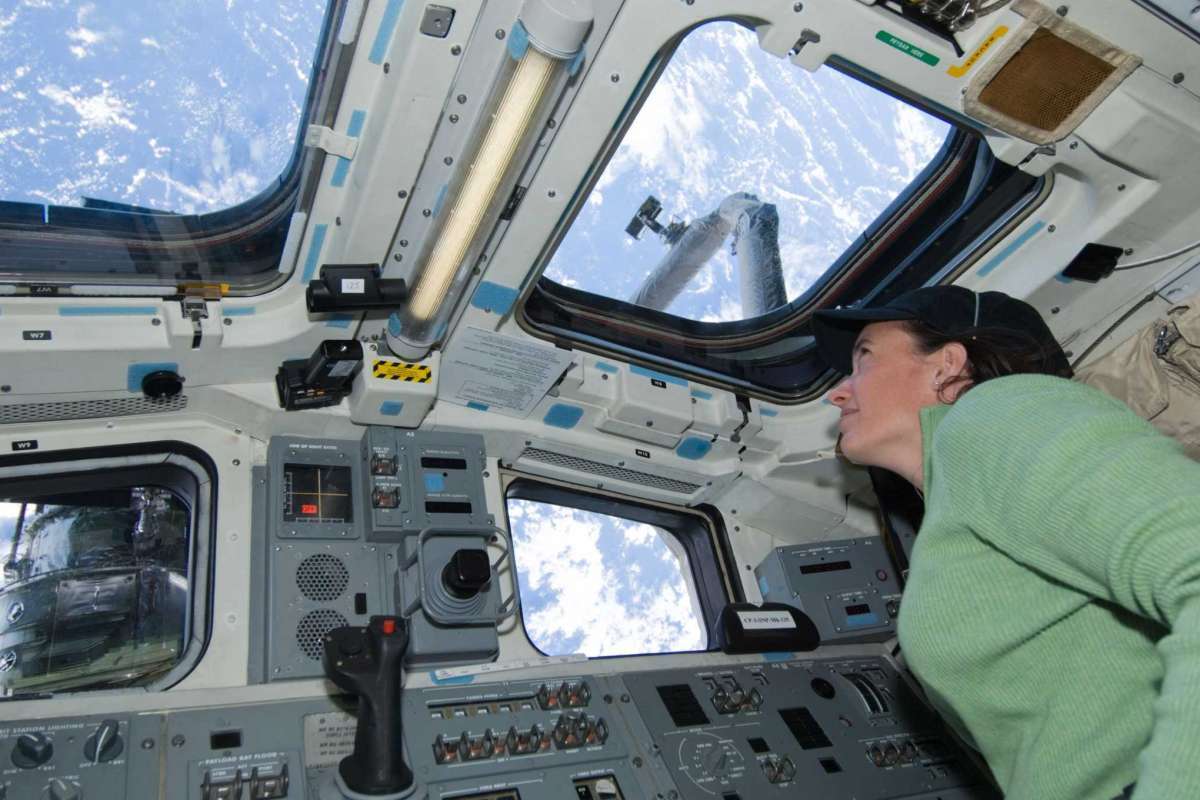 Astronaut Megan McArthur looks through an overhead window on the aft flight deck of Space Shuttle Atlantis on May 16, 2009.

McArthur is set to launch on the SpaceX Falcon 9 rocket and Crew Dragon spacecraft in spring 2021, NASA announced Tuesday. Her husband, Behnken, was on the test flight of this vehicle that launched May 30 and is set to return to Earth on Sunday.

Traveling with McArthur, who will be the spacecraft’s pilot, is NASA astronaut Shane Kimbrough, Japan Aerospace Exploration Agency astronaut Akihiko Hoshide and European Space Agency astronaut Thomas Pesquet. This mission is called Crew-2, and it will be the second operational SpaceX Crew Dragon flight to the International Space Station as part of NASA’s Commercial Crew Program. The astronauts will remain on the space station for about six months, and they’ll work alongside three cosmonauts who will launch on a Russian Soyuz spacecraft. This increases the full space station crew to seven members (up from six people) and allows for more science to be conducted in microgravity.

The Commercial Crew Program has spent years working with SpaceX and Boeing to develop vehicles that could ferry astronauts to the space station. Behnken and Doug Hurley, both graduates from military test pilot schools, were selected for the first crewed flight. This flight is considered a test flight before SpaceX can receive NASA certification to begin more routine service to the International Space Station.

The test flight is set to end on Sunday when Behnken and Hurley land in the Atlantic Ocean or Gulf of Mexico off the coast of Florida. The first non-test flight, Crew-1, could launch as soon as late September with Houston-born astronaut Shannon Walker among its crew.

Crew-2 will be McArthur’s second trip into space and her first time at the International Space Station. Selected as an astronaut in 2000, McArthur launched on space shuttle Atlantis in 2009 to perform maintenance on the Hubble Space Telescope. She operated the shuttle’s robotic arm during her 12 days and 21 hours in space, capturing the telescope and moving crew members during spacewalks. She holds a bachelor’s degree in aerospace engineering from the University of California, Los Angeles and a doctorate in oceanography from the University of California, San Diego.