A mix of NASA and international astronauts will fly on a SpaceX capsule's second full mission to the International Space Station next year, the agency announced Tuesday.

NASA astronauts Shane Kimbrough and Megan McArthur were selected for the roles of commander and pilot, respectively, while Akihiko Hoshide of the Japan Aerospace Exploration Agency and Thomas Pesquet of the European Space Agency will join as mission specialists.

If schedules hold, the team will launch on a Falcon 9 rocket from pad 39A at Kennedy Space Center no earlier than spring of next year. Their mission is expected to last about six months.

SpaceX's Crew Dragon spacecraft, however, first needs to be fully certified for human spaceflight. That should happen after astronauts Bob Behnken and Doug Hurley, now on the ISS, return for a splashdown in the Atlantic Ocean or Gulf of Mexico possibly as soon as this Sunday.

After splashdown, NASA and SpaceX teams will look over the Crew Dragon capsule and its post-mission data before deciding whether or not to fully certify the 27-foot spacecraft for humans. Behnken and Hurley launched from KSC on May 30 for SpaceX's final capsule demonstration mission known as Demo-2.

Moving forward, the full operational missions will be known as Crew-1, Crew-2, and so forth. 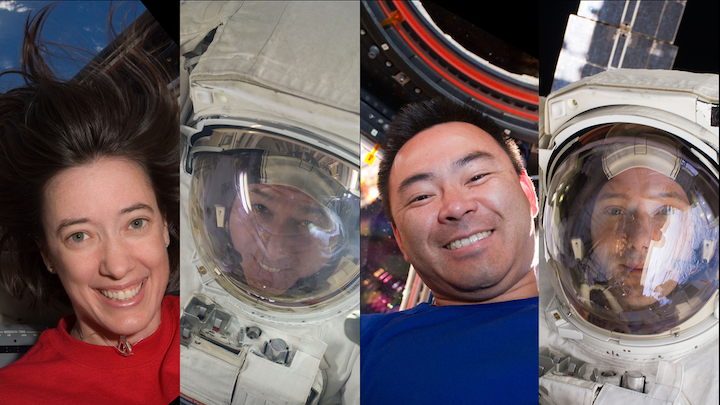 Along with three NASA crewmates slated to launch to the orbiting outpost in a Russian Soyuz spacecraft next year, the Crew-2 team will increase the agency's presence in orbit to seven members.

"The increase of the full space station crew complement to seven members – over the previous six – will allow NASA to effectively double the amount of science that can be conducted in space," the agency said in a release.

Crew-1 is slated to fly no earlier than late September – again assuming all goes well with Behnken and Hurley's splashdown this weekend. The Falcon 9 booster for that mission arrived at the Cape in mid-July.

Crew Dragon, capable of seating up to seven astronauts, is SpaceX's long-planned capsule for human spaceflight to the ISS and beyond. The company also plans on flying private astronauts to low-Earth orbit and has already secured contracts with others for that purpose, including an agreement with actor Tom Cruise for the first movie at least partially shot in space.