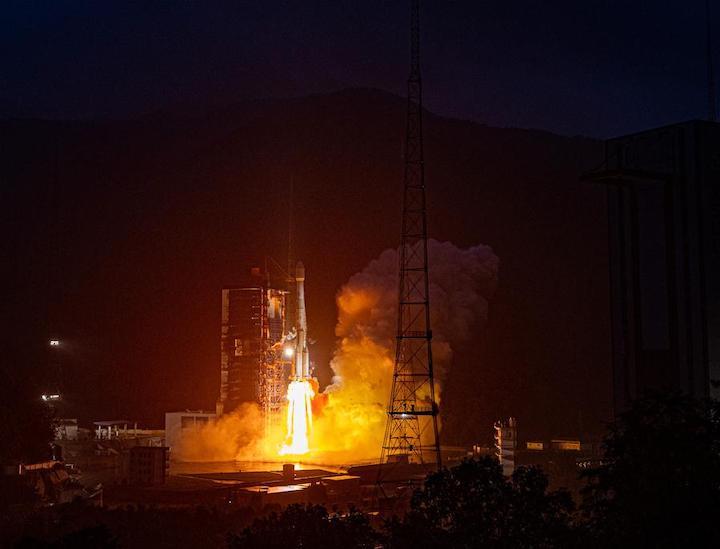 China successfully sent a commercial telecommunication satellite, known as APSTAR-6D, into a planned orbit from the southwestern Xichang Satellite Launch Center on Thursday.

The APSTAR-6D telecommunication satellite was launched by a Long March-3B carrier rocket at 8:11 p.m. (Beijing Time), according to the center.

The satellite was developed by the China Academy of Space Technology (CAST), a subsidiary of China Aerospace Science and Technology Corporation.

It was purchased by the APT Mobile SatCom Limited to provide satellite broadband telecommunication services for airborne, shipborne, vehicle-borne, and other mobile communication applications.

It is expected to provide high-quality broadband network and data communication services for users across the Asia-Pacific region, according to the CAST.

With a communication capacity of about 50 Gbps and a single-beam capacity of up to one Gbps, APSTAR-6D will serve its users with high-quality voice and data transmissions.

To date, the CAST has successfully launched 11 commercial telecommunication satellites for international clients.

Thursday's launch was the 339th by the Long March rocket series. Enditem