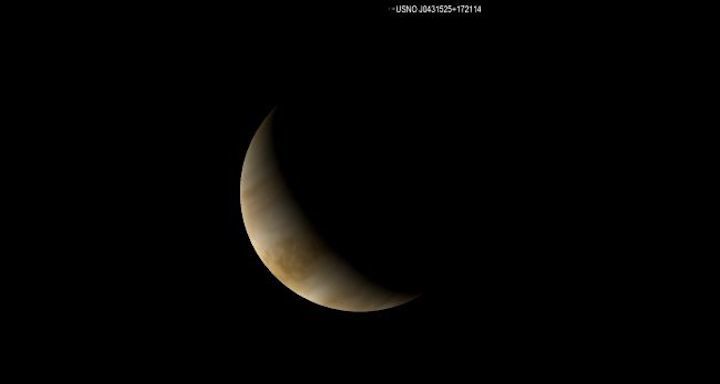 After putting on a great show in our evening sky during the first half of this year, dazzling Venus puts on a spectacular showing for early morning risers for the balance of 2020. It has established itself as a dazzling morning lantern, emerging into view from beyond the east-northeast horizon soon after 3:15 a.m. local daylight time.

Just over a month ago, on June 3, Venus swept almost directly between the sunand Earth. That was the day of its inferior conjunction — its transition from an evening to a morning object. Now it is swinging away from that line, speeding ahead of the Earth in its faster orbit. So, in a telescope during July, it displays a large, brilliant, beautiful crescent that waxes in phase all month while shrinking in size.

A week after inferior conjunction it had moved far enough away from the sun's vicinity so that it was rising about a half-hour before sunrise. By the end of June, it was much easier to sight, rising more than an hour before the sun. Ever since then, it has rapidly leaped upward into high dawn brilliance. 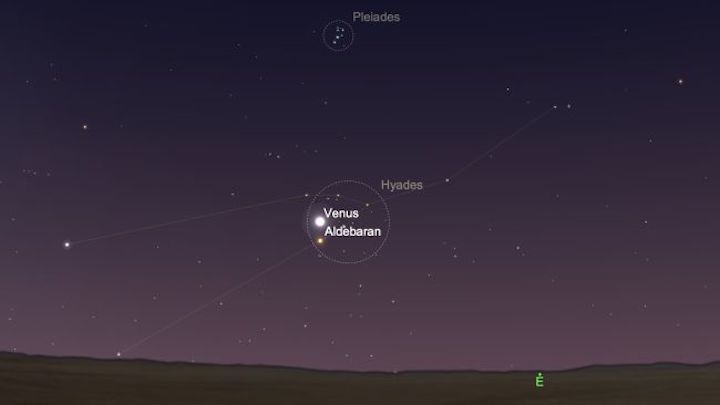 On Friday morning, July 10, Venus comes up in total darkness while shining at its greatest brilliancy of magnitude –4.7. (Magnitude is a measure of brightness, with negative numbers denoting the brightest objects.) Actually, Venus shines as bright as this for much of this month. However, astronomers now make reference to the pinnacle of its brilliance by referencing the moment of its "greatest illuminated extent."

Unlike Mercury, which shines at its peak brilliance when it is near full phase, Venus appears to shine most brilliantly when it is a crescent phase. This is because when Venus appears full to us, it is far from Earth and its disk appears relatively small.

Conversely, when Venus is much closer to Earth, its disk appears much larger in apparent size, but now it has shrunk to a very thin crescent which doesn't reflect as much sunlight back to Earth as would a nearly full Venus. So, astronomers have come up with a compromise regarding the geometry of the sun's illumination angle on Venus' disk versus its distance from Earth to determine the time of Venus' greatest brilliancy. That moment comes when Venus appears as a roughly 25% illuminated crescent phase from a distance of approximately 41 million miles (66 million kilometers) from Earth; "maximum illuminated extent."

According to the highly reputable "Observer's Handbook 2020" of the Royal Astronomical Society of Canada, that moment comes on July 10 at 4 a.m. EDT (0800 GMT).

To give you an idea of just how radiant Venus is, it's now 21 times brighter than Sirius, the brightest of all stars. In fact, it's so bright that you might try spying it on very clear days with the naked eye after sunrise. If you can keep track of where it is through sunup, you should still be able to see it as a tiny white "speck" against the blue sky.

Now is also a fine time to examine the crescent of Venus in a telescope or even a pair of binoculars. A steady mounting for the binoculars — even just bracing them against the side of a tree — can make all the difference in the world. There are, in fact, some individuals with such acute vision who claim that they can actually see the crescent of Venus without any optical aid.

If you'd like to test your own perception of vision on Venus, the best time to try it would be during bright twilight, say 15 to 30 minutes before sunrise. At that time, Venus will appear with far less glare against the background sky, giving your eyes a better opportunity to perceive its shape.

Tracking Venus from mid-July through September

On three consecutive mornings — July 11, 12 and 13, Venus is parked in the midst of the face of the constellation Taurus, the bull (the "V" shape formed by the orange first-magnitude star Aldebaran and the giant Hyades star cluster). Venus is just 1 degree from Aldebaran these three mornings — a marvelous sight.

In August, Venus rises 1.5 to 2 hours before the start of morning twilight and sparkles like an eerie UFO in the eastern sky at dawn, continuing to climb a little higher each week. On the morning of Aug. 12, Perseid watchers will find Venus is at greatest elongation, 46 degrees from the sun, and it will be fascinating to observe in a telescope within a few days of this date, appearing exactly half-lit in telescopes — though not necessarily on Aug. 12 itself.

A few mornings later, on Aug. 15, Venus glows less than 4 degrees to the lower right of a slender crescent moon this morning.

The "Venus show" continues into September, as it continues to dominate the night sky from the time it rises, about 3.5 hours before the sun all month. It's then positioned about one-third of the way up in the eastern sky by the middle of morning twilight and is even a bit higher in September compared to August.

Venus as the year winds down

On Oct. 3, it is closely paired with bluish first-magnitude Regulus in the constellation Leo, the lion. Venus will be within 2.5 degrees of this first-magnitude star from Oct. 1 through Oct. 5, but on this morning, they will be separated by only 0.5°, with Venus, burning 150 times brighter, sitting just below it.

From then on through the end of the year, Venus will slowly get lower as it draws closer to the sun. When 2021 opens, it will be visible very low near the east-southeast horizon about 90 minutes before sunrise. Within several weeks it moves too close to the sun to be seen. Superior conjunction is on March 26. Venus will then be out of view until late spring when it emerges above the west-northwest horizon soon after sunset.

Is it Venus or the moon?

Thoughts of viewing the crescent of Venus always reminds me of a humorous story related by George Lovi (1939-1993) a well-known astronomy lecturer and author who was also a good friend of mine. One night, while running a public night at the Brooklyn College Observatory in New York, the telescope was pointed right at Venus, which was then displaying its delicate crescent shape. Yet one student gazing through the telescope eyepiece insisted he was not looking at Venus, but at the moon instead. The student was inflexible to a fault and refused to believe otherwise. When George gently commented that the moon wasn't even in the sky, the student replied, "So what? Doesn't a telescope show you things you can't see without it?"

Astronomie - The 'morning star' Venus is at its brightest for 2020 this week. Here's how to see it.
267 Views
Created with page4