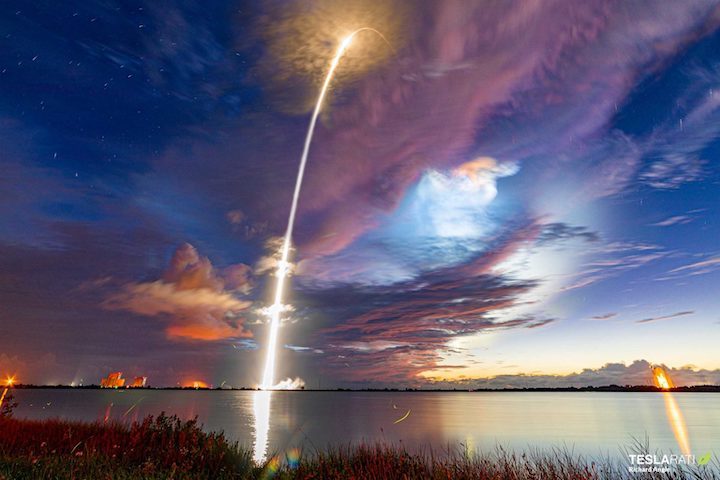 SpaceX’s eighth Starlink mission of the year is just a handful of days away from liftoff, kicking off a potentially record-breaking month after the same launch was delayed from June to July.

In other words, SpaceX has swapped the GPS III SV03 and Starlink-9 launch order, moving from NET June 30th and June 22nd, respectively, to June 30th and July 8th – still eight days apart. Such a rapid East Coast launch cadence is only possible because of SpaceX’s use of separate launch pads LC-40 and LC-39A, located just a few miles apart at the Cape Canaveral Air Force Station (CCAFS) and Kennedy Space Center.

Set just a few weeks ago, SpaceX’s single pad turnaround record is a few hours shy of 10 days and was achieved at LC-40 with back-to-back Starlink launches. Using Pad 39A and LC-40 simultaneously means that post-launch refurbishment need not constrain SpaceX’s turnaround capabilities, although it does constrain the overall launch cadence SpaceX can achieve. It’s unknown how much of SpaceX’s LC-40 and Pad 39A workforce is shared, so there may actually be some less visible limits to multi-pad launch turnaround, but SpaceX has technically performed two launches just a day or two apart from separate Florida and California pads.

On top of LC-40’s pad turnaround record, SpaceX’s Florida turnaround record was also set just a few weeks ago when the company successfully launched two NASA astronauts (Pad 39A) and 60 Starlink satellites (LC-40) less than five days apart. In theory, if SpaceX can turn around both pads in just ten days, the company could maintain a five-day launch cadence almost indefinitely, enabling up to 70+ launches annually.

That level of launch activity is a ways away, though. At the moment, SpaceX has yet to launch four times in the some month (or ~30 days) since its first flight in 2006. Given that very few rockets in history can actually claim to have achieved the same milestone, it’s far from a detriment to SpaceX, but high launch cadence is a critical component if the company hopes to quickly launch thousands of Starlink satellites. Before Starlink-9 slipped from June 22nd to July 8th, there was a real possibility that June 2020 would be the company’s first four-launch month.

Now, that opportunity has been handed off to July. As of now, SpaceX has four launches – one somewhat tentative – scheduled this month. Starlink-9 has a relatively firm July 8th target from Pad 39A, followed by South Korea’s ANASIS II military communications satellite NET July 14th from LC-40. Finally, Argentinian radar satellite SAOCOM 1B and SpaceX’s own Starlink-10 missions could launch just a few days apart, again using both Pad 39A and LC-40. SAOCOM 1B could easily slip into August or even further, though, as the mission was originally delayed from March 30th by the coronavirus pandemic, which is far from over.

The fact that SpaceX has gone from zero opportunities for a four-launch month to two back-to-back suggests that even if it doesn’t happen in July 2020, the milestone is close at hand.