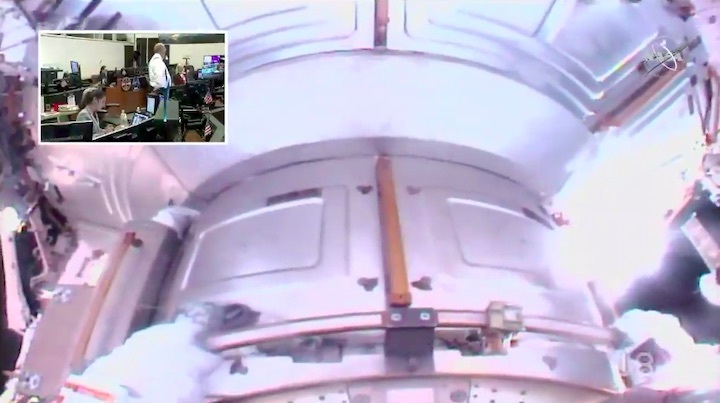 CAPE CANAVERAL, Fla. -- Astronauts completed their second spacewalk in under a week Wednesday to replace old batteries outside the International Space Station.

Commander Chris Cassidy and Bob Behnken quickly tackled the big, boxy batteries. For every two outdated batteries coming out, a new and improved one goes in to supply power to the space station on the night side of Earth.

Within a couple hours, the astronauts had installed another new battery, the third one in this latest series of spacewalks that began last Friday. NASA plans to send the pair out twice more in July to finish the battery swap-outs that began in 2017. The new lithium-ion batteries should last the rest of the space station’s life, according to NASA.

With their main chore completed, Cassidy and Behnken jumped ahead to loosen the bolts on the batch of old batteries coming out next time and remove other equipment. Some of the bolts required extra muscle, and another stubborn mechanism just wouldn’t come off.

“Boy, it put up a good fight,” Cassidy radioed. “These batteries, they like their home.”

The astronauts had enough time to route power and Ethernet cables outside the 260-mile-high (420-kilometer-high) outpost, before the six-hour spacewalk drew to a close.

“Good thing there’s an Earth down there” to tell up from down, Cassidy said.

NASA wants the battery work completed before Behnken returns to Earth in August aboard a SpaceX capsule. He's one of two test pilots who launched on SpaceX's first astronaut flight in May.

A space tourist might get a chance to join the prestigious spacewalking ranks — for the right price.

Virginia-based Space Adventures Inc. is seeking a paying customer to not only fly to the space station, but do a spacewalk with an experienced Russian cosmonaut. Before launching from Kazakhstan, the space tourist would need to undergo extra training in Star City, Russia.

Space Adventures is not divulging the cost of the two-week mission. The flight would take up two tourists in 2023, one of whom would step outside. The Russian rocket company Energia has teamed up with Space Adventures for the expedition.

Plenty of specialized training would be needed before someone ventures out on a spacewalk, Behnken told The Associated Press earlier this week.

NASA considers spacewalks one of the riskiest parts of any mission, and astronauts spend hours practicing underwater — the closest simulation to spacewalking on Earth.

“I think it could be really challenging for a tourist to go on a spacewalk,” Behnken said. Any tourist would want multiple practice sessions in order to be "prepared for the space environment.” 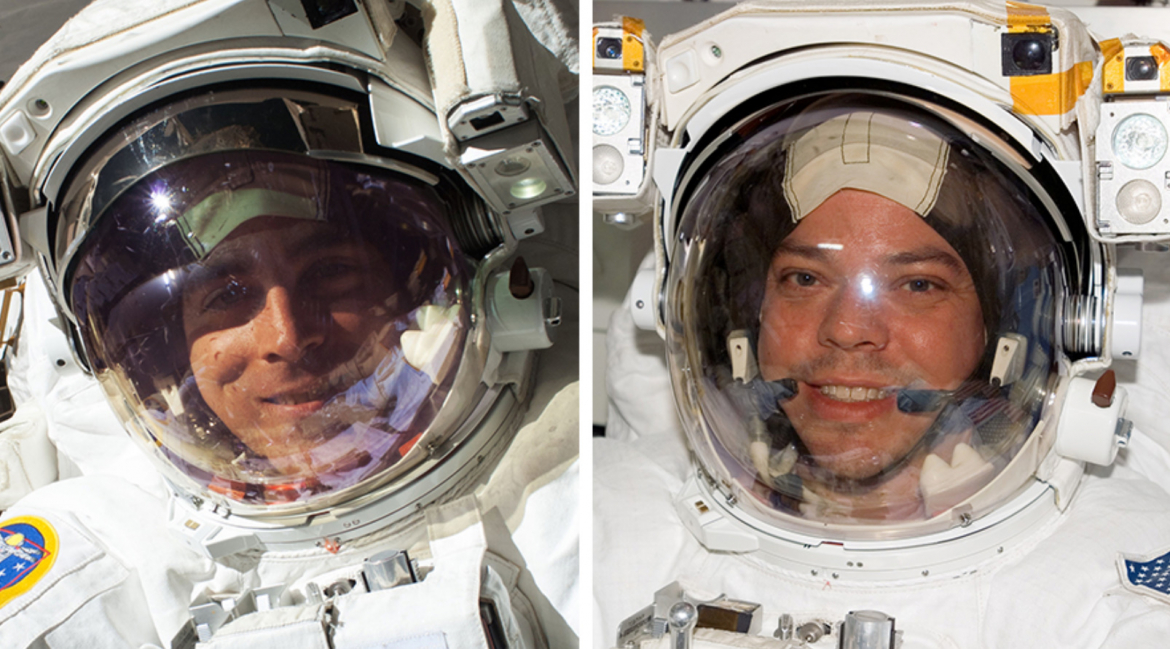 Chris Cassidy and Bob Behnken have completed the second in a series of four spacewalks, or EVAs, that will complete replacement of the last set of Station batteries, which were delivered to the outpost in May on the Japan HTV-9 cargo vehicle.

Three years ago, NASA began the effort to replace all of the Station’s Nickel-Hydrogen batteries originally launched with the solar arrays.  Today was the 66th U.S. Station spacewalk in support of the orbital laboratory.

The ISS features expansive solar arrays that use sunlight to power the station’s many systems. However, since the ISS spends about half of every orbit in darkness, it also needs batteries to store that solar energy, which can then be used to power the ISS during periods of orbital darkness.

There are eight independent “power channels” on the ISS in total (two channels per each of the four solar array Truss segments), with each channel having its own set of solar arrays and batteries.

Originally, each power channel had six Nickel-Hydrogen (Ni-H2) batteries; however, since these batteries had a lifetime of 6.5 years each (although ultimately they performed for much longer than that), it was always known that they would have to be replaced at some point during the station’s lifetime. 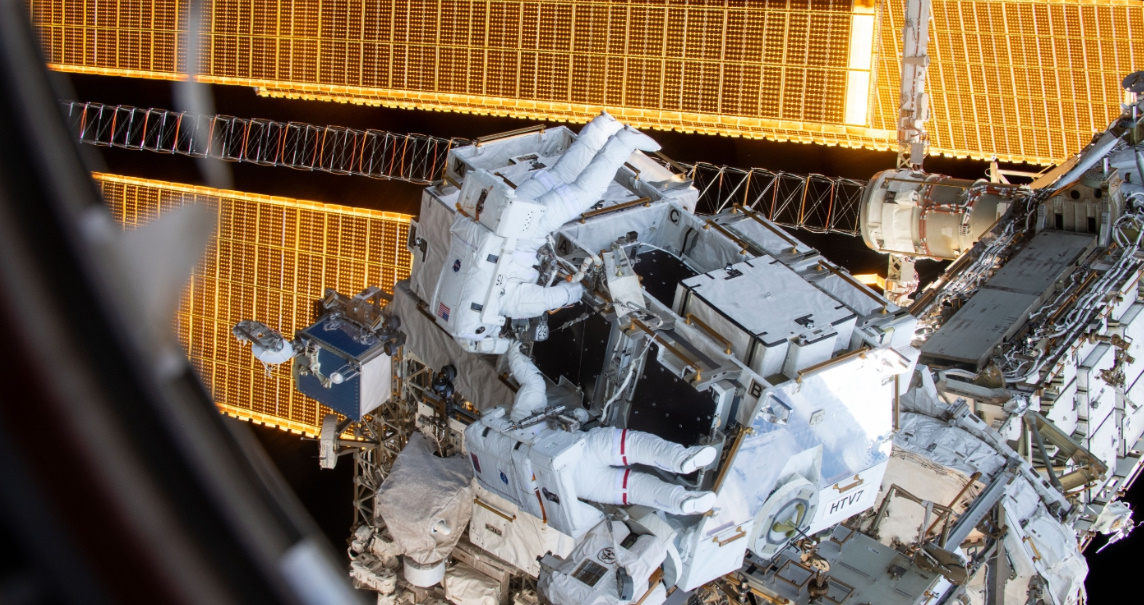 The first Truss element launched to the ISS – the P6 Truss in December 2000 – which was used to provide power to the ISS during the early years of its construction, had its batteries replaced with new Ni-H2 batteries throughout 2009 and 2010.

The original Ni-H2 batteries had at this point been superseded in battery technology by Lithium-Ion (Li-Ion) batteries, which are lighter and have a much higher power density than Ni-H2 types.

This proved advantageous for the ISS program, as it meant that one Li-Ion battery could store as much power as two Ni-H2 batteries, which therefore halved the number of batteries that would be needed for the replacement effort.

However, since the original Ni-H2 batteries were connected in pairs called a “string”, Adapter Plates were also needed to enable one new Li-Ion battery to connect to two slots that were previously occupied by Ni-H2 batteries. 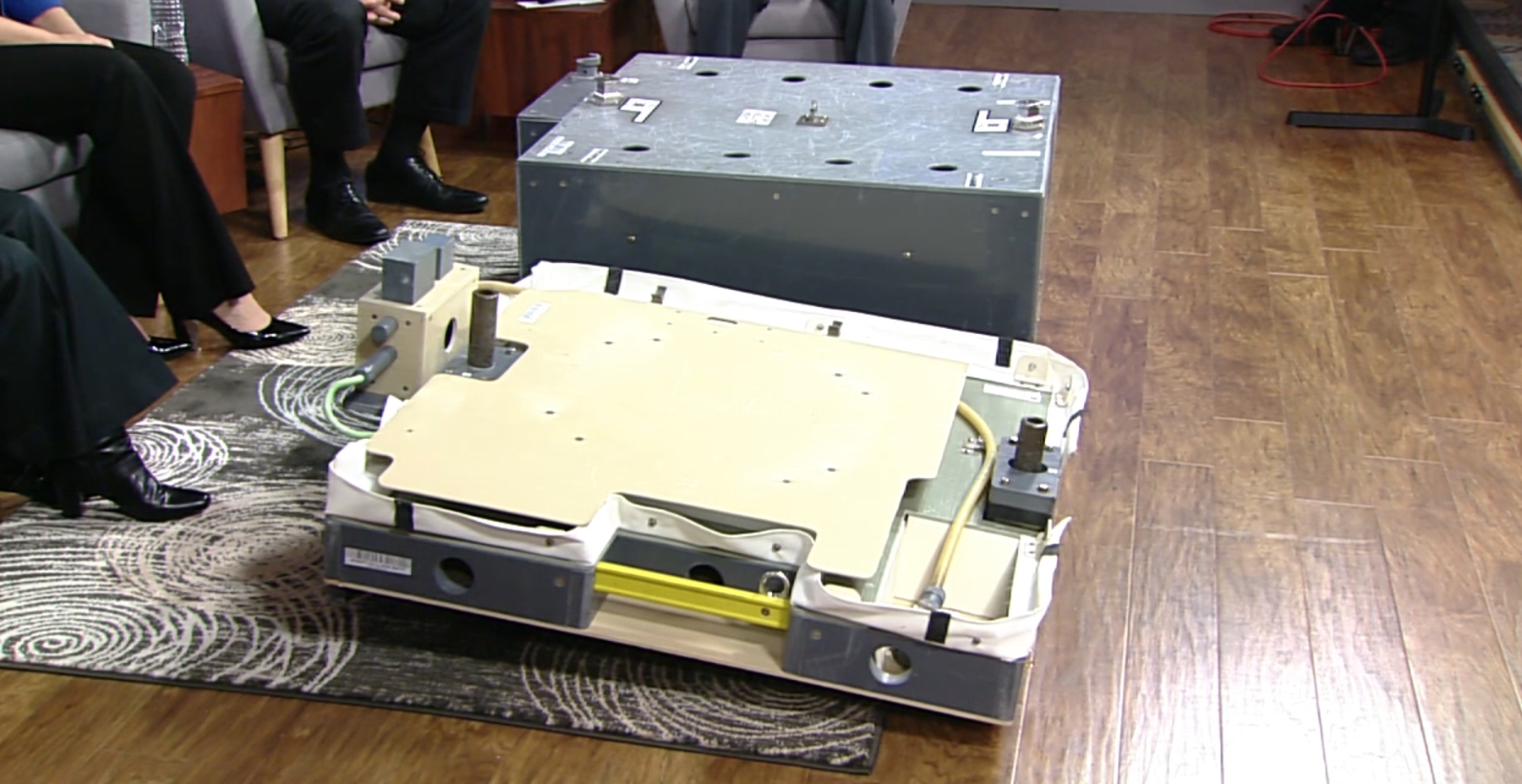 Adaptor Plate and Battery – via NASA

The Japanese HTV-6 cargo craft in December 2016, HTV-7 in September 2018, and HTV-8 in September 2019 each brought six new Li-Ion batteries and Adapter Plates to the station, which were used to replace the Ni-H2 batteries on the P3/P4, S3/S4, and P6 Truss segments.

Most recently, the HTV-9 cargo craft in May 2020 launched the final set of Li-Ion batteries to replace the Ni-H2’s on the S6 Truss segment – which is being done last as it is the most recent truss segment to launch to the ISS (March 2009). 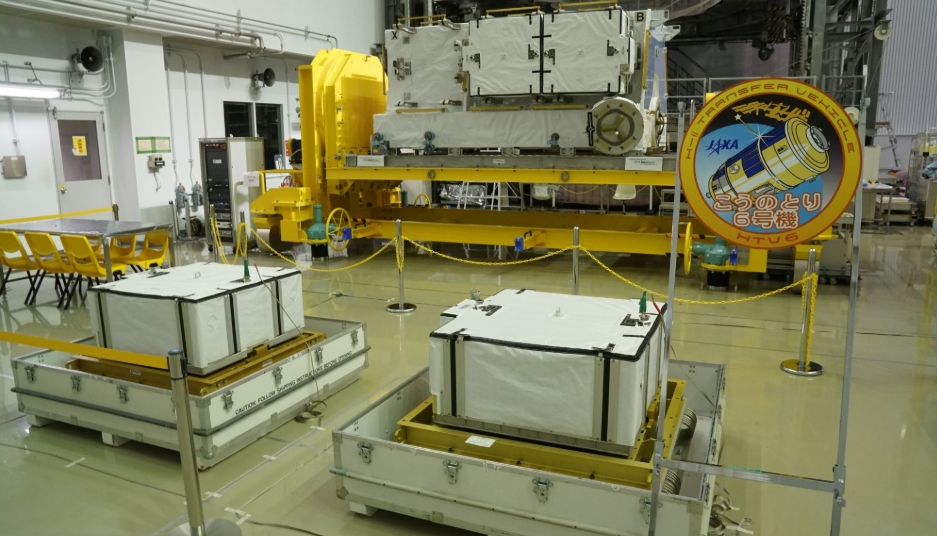 As with the P6 Truss, the S6 Truss batteries will also require spacewalks as the worksite is beyond the reach of robotic assets.

Since there are two power channels located on the S6 Truss, a total of six Li-Ion batteries and six corresponding Adapter Plates (AP) will be required to replace the twelve Ni-H2 batteries on the segment.

The six new Li-Ions and APs, which are attached to HTV-9’s Exposed Pallet (EP), have been robotically pre-positioned near the S6 Truss worksite in preparation for the spacewalk.

The first spacewalk occurred on 26 June and was known as U.S. EVA-65. After exiting the Quest airlock, EV-1 Chris Cassidy and EV-2 Bob Behnken translated out to the worksite at the S6 Truss – specifically the 1B Integrated Electronics Assembly (IEA). They began the task of replacing channel 1B’s Ni-H2 batteries with the new Li-Ions.

A third Ni-H2 was then be removed from the S6 and installed on top of the previously installed AP, although it will not be connected electrically. This is because the EP only has the capacity to dispose of nine of the twelve Ni-H2 batteries that are being removed, meaning three old Ni-H2’s will have to remain on the ISS for long-term stowage.

Another Li-Ion was then be removed from the EP and installed onto the S6 IEA, which then concluded the planned activities for EVA-65. However, after getting to over 1.5 hours ahead of schedule, the spacewalkers managed to work two tasks that were allocated to another EVA.

Today’s spacewalk completed the replacement of channel 1B’s batteries and performed a few get ahead task in preparation for the remain set of spacewalks later this month to replace the batteries on the S6 Truss’ other power channel – which is channel 3B.

This is because HTV-8 had to dispose of HTV-7’s EP, as that craft departed the ISS without any EP loaded due to the crewing impacts associated with the Soyuz MS-10 launch abort in October 2018, which meant that spacewalks to install HTV-7’s batteries had to be deferred.

The most likely means of disposal of HTV-9’s EP will be via overboard jettison – although details of how this would be accomplished are currently unknown.

After these spacewalks, all eight of the station’s power channels will each have three brand-new Li-Ion batteries, which should see the station out to its retirement date.

If the ISS were to be extended beyond 2030, it is likely that its batteries would have to be replaced again, although that is now looking less likely, with NASA’s efforts to commercialize LEO beginning to become clear via the selection of Axiom Space to launch a commercial module to the ISS, which is planned to eventually evolve into a free-flying commercial space station which would replace the ISS.