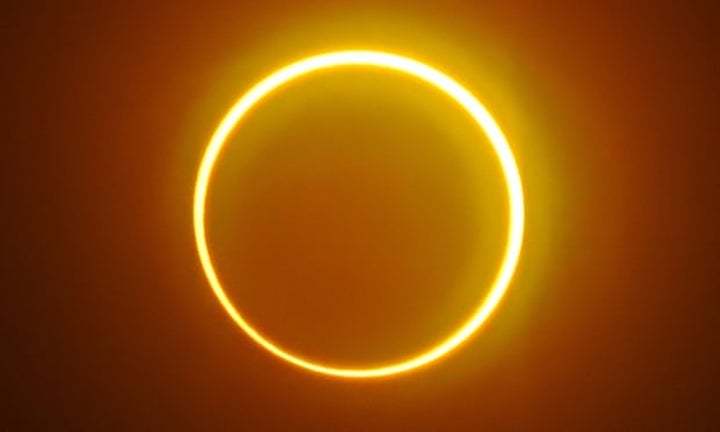 Skywatchers along a narrow band from west Africa to the Arabian peninsula, India and southern China will witness the most dramatic “ring of fire” solar eclipse in years on Sunday.

Annular eclipses occur when the moon passes between Earth and the sun, but not quite close enough to our planet to completely obscure the sun’s light.

They occur every year or two, and can only been seen from a narrow pathway across the planet.

Sunday’s eclipse coincide’s with the northern hemisphere’s longest day of the year, the summer solstice, when Earth’s north pole is tilted most directly toward the sun.

The eclipse will be seen first just a few minutes after sunrise in north-eastern Congo-Brazzaville. This is the point of maximum duration, with the blackout lasting 1 minute and 22 seconds.

It will reach “maximum eclipse”, with a perfect solar halo around the moon, over Uttarakhand near India’s border with China just after midday. The exact alignment will only last for 38 seconds.

“The annular eclipse is visible from about 2% of the Earth’s surface,” Florent Delefie, an astronomer and the Paris Observatory, said. “It’s a bit like switching from a 500-watt to a 30-watt light bulb.”

People hundreds of kilometres on either side of the centreline across 14 countries will also see light drain from the day, but not the “ring of fire”.

“Good weather is the key to successful eclipse viewing,” the astrophysicist Fred Espenak writes on the Nasa Eclipse website. “Better to see a shorter eclipse from clear sky than a longer eclipse under clouds.”

There will be a second solar eclipse in 2020 over South America on 14 December, but because the moon will be a bit closer to Earth it will block on the sun’s light entirely. It will take less than 100 minutes to move across the continent.

Even if the day has darkened, looking at a solar eclipse with the naked eye is dangerous. Sunglasses, which do not filter out ultraviolet rays, do not offer any protection, Delefie said. “The sun is so bright that even when there’s only a tiny portion visible, it is still dangerous for the eyes,” he said.

It's the biggest star in our sky, so what better way to celebrate the Ring-of-Fire Annular Solar Eclipse than with a Slooh Live Star Party!

Slooh members will be able to join our Zoom Star Party to interact directly with the Slooh team and other members as we watch the live image streams and discuss the eclipse! Details on how to join it are at slooh.com.

Live Streaming of the International Astronomical Center (IAC) for the Solar Eclipse of 21 June 2020 from Abu Dhabi, UAE. Seen as partial eclipse of the magnitude of 93%. 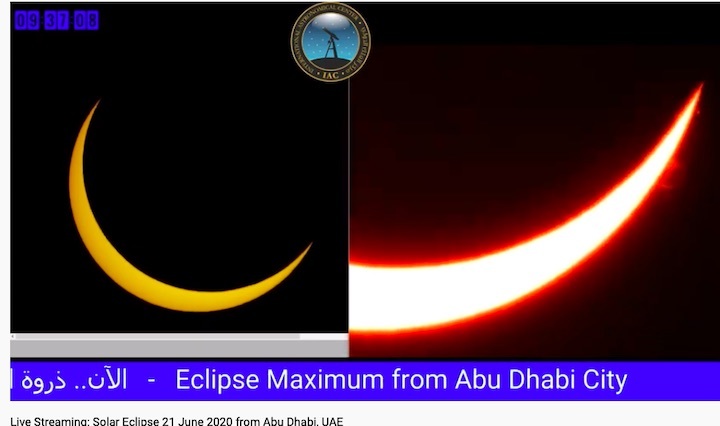 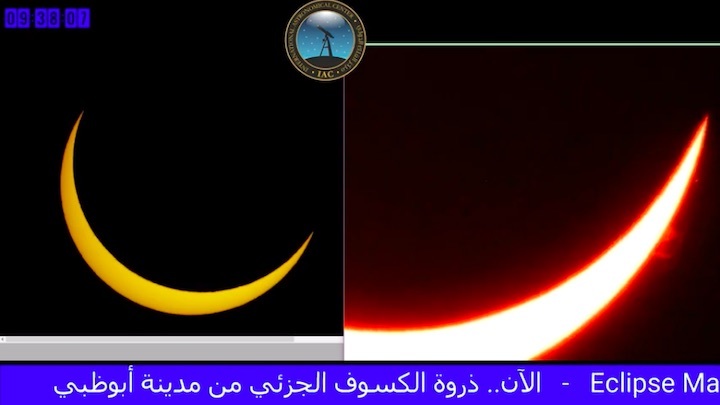 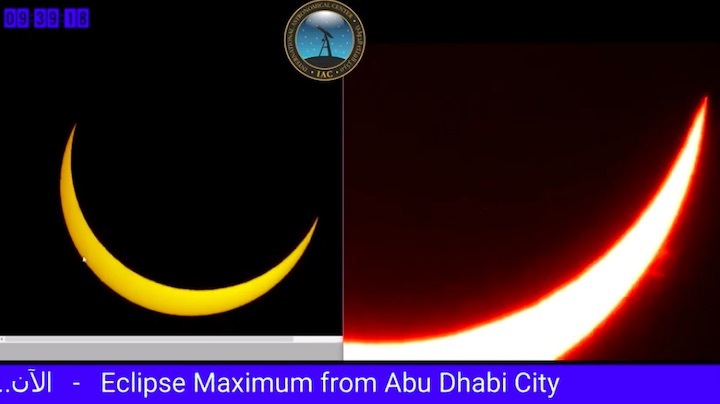 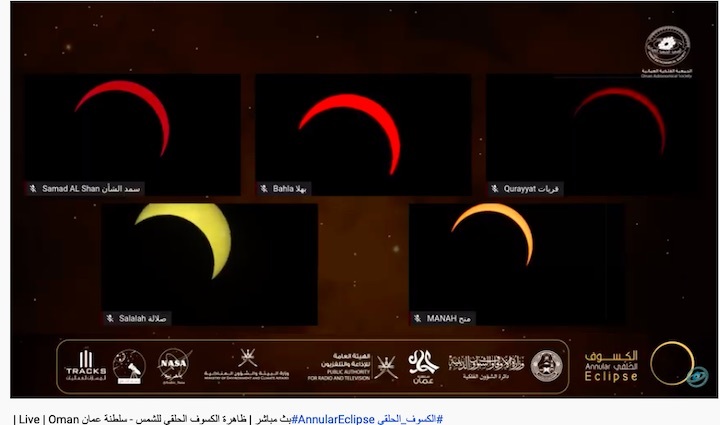 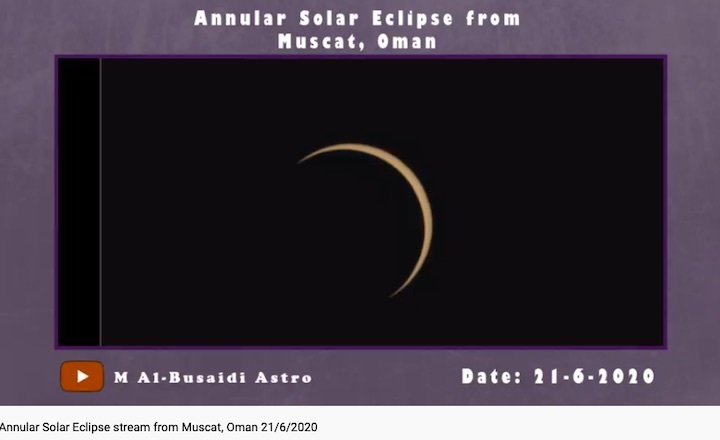 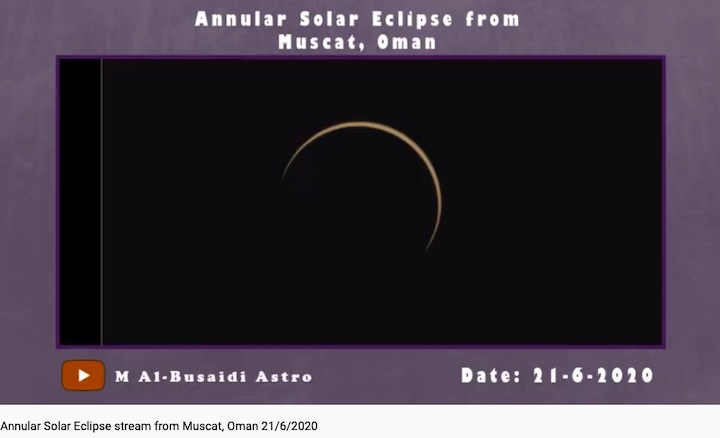 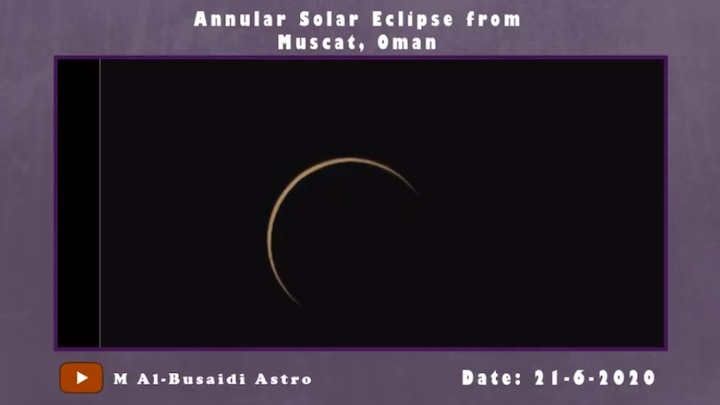 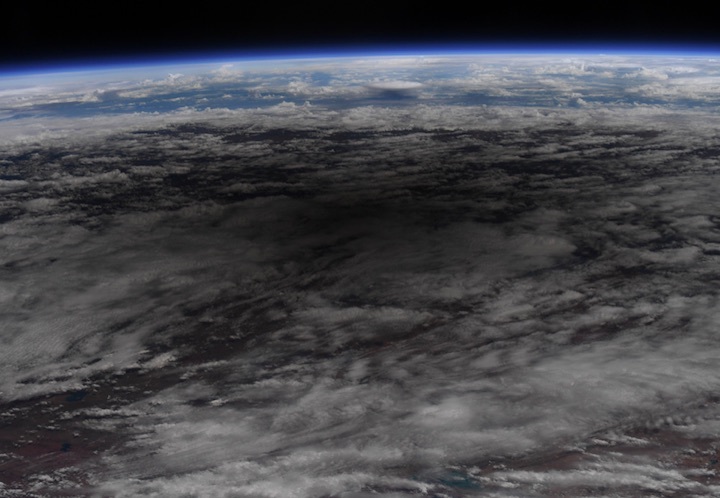