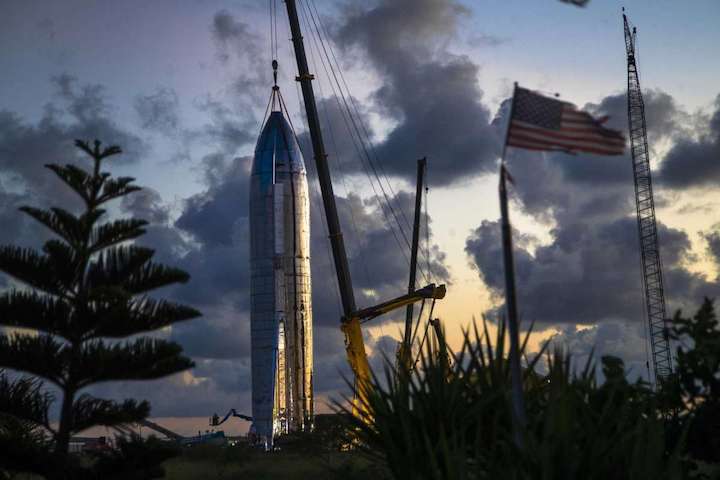 View of SpaceX’s Starship vehicle from the front yard of Maria Pointer on Friday, Sept. 27, 2019, in Boca Chica. The SpaceX’s prototype resembling an old sci-fi movie rocket of the 50s, will be fully reusable transportation system designed to service all Earth orbit needs as well as the Moon and Mars. 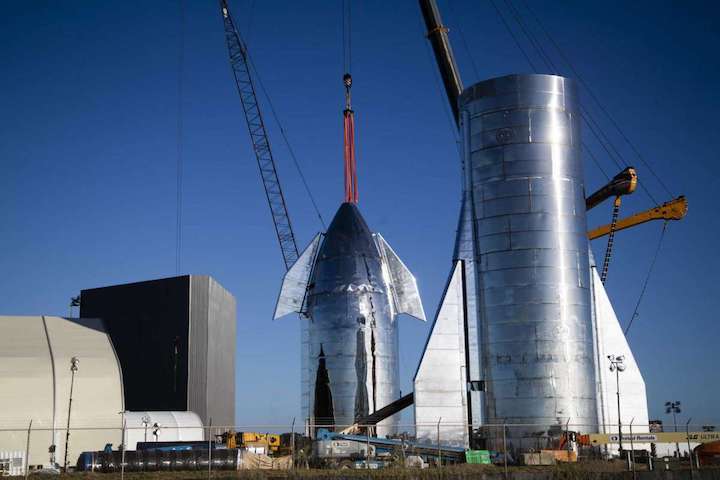 View of the two halves of the SpaceX's Starship Mk1 from the Boca Chica Boulevard on Friday, Sept. 27, 2019, in Boca Chica.

Founded by billionaire Elon Musk, SpaceX has been developing and testing prototypes of its Starship spacecraft planned to take people to the moon, Mars and beyond at a launch site just outside Brownsville.

Now, it appears that Musk wants floating launchpads, too.

On HoustonChronicle.com: SpaceX connects Brownsville to a new world of space enthusiasts

It’s the latest announcement in a now six-year adventure for those living in South Texas.

The company announced it would build a launch site for its Falcon 9 and Falcon Heavy rockets near Boca Chica Beach in 2014, but the proposed launch site sat idle for several years.

Construction was delayed by unstable ground that required trucking in 310,000 cubic yards of soil, enough to cover a football field 13 to 14 stories tall, to settle and compress the land. Anomalies during a flight to the International Space Station in 2015 and a launchpad test a year later also forced the company to put Boca Chica on the back burner.

Activity increased gradually and then suddenly. And it wasn’t with the originally planned Falcon 9 and Falcon Heavy rockets. SpaceX opted to build and test a 65-foot-tall prototype called the Starhopper.

In April 2019, SpaceX fired its first engine at the Texas launch site. The prototype made a tethered hop that same month. Then came two hover tests in July and August, the latter having the Starhopper lift itself to nearly 500 feet before returning safely to Earth.

Its more recent testing of Starship prototypes has seen a variety of leaks or explosions, the most recent a small rupture on Monday. But Musk keeps pushing forward with a fast-paced cadence of test, fail, fix, test again, fail again and then fix again.

This Starship vehicle is one of three selected by NASA to potentially lower astronauts to the lunar surface in 2024. And this vehicle won’t be the first to partner with the agency.

On May 30, a SpaceX Falcon 9 rocket and Crew Dragon capsule launched NASA astronauts Bob Behnken and Doug Hurley toward the International Space Station.

In an interview aired on NASA TV ahead of that launch, NASA Administrator Jim Bridenstine praised SpaceX for its willingness to learn from failures.

Raumfahrt - SpaceX is building a floating, superheavy-class spaceport in the Gulf of Mexico
257 Views
Created with page4