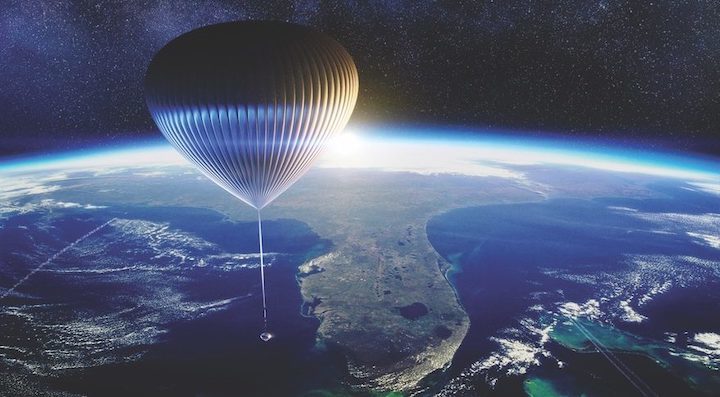 WASHINGTON — Two entrepreneurs who founded a high-altitude ballooning company nearly a decade ago have started a second such venture, hoping to realize their original vision of giving the public a taste of spaceflight.

Space Perspective, founded by Jane Poynter and Taber MacCallum, announced its plans June 18 to develop a system to fly people and research payloads to an altitude of 30 kilometers using a balloon system. The company expects to begin test flights of the system, without people on board, in the first quarter of 2021.

Poynter and MacCallum were among the co-founders of World View Enterprises in 2012, a company that initially planned to offer similar stratospheric ballooning services. The company has since shifted direction to a concept called “Stratollites,” or long-duration high-altitude balloons carrying payloads, but not people.

“That gave Taber and me the freedom to really think about this in a fresh way, this being how to get as many people as possible access to the edge of space to see the view from space that astronauts talk about,” said Poynter, co-chief executive of Space Perspective, in an interview.

Their new concept, called Spaceship Neptune, is a pressurized capsule designed to hold eight passengers and a pilot. It will slowly ascend under a balloon to an altitude of 30 kilometers, remaining there for up to two hours. It will then slowly descend under the balloon, splashing down in the ocean to be retrieved by a boat. The system will be regulated by the Federal Aviation Administration’s Office of Commercial Space Transportation.

Among the changes from the original World View concept is that capsule now descends under a balloon, rather that separating from the balloon and gliding back on a parafoil. Original plans also called for a landing on land rather than water. “We began looking, somewhat reluctantly at the beginning, at a splashdown,” said MacCallum, the other co-chief executive. “As we worked it, it really ended up simplifying the system a lot.”

Space Perspective will begin operations in Florida, and has a lease with Space Florida to use a building at the Shuttle Landing Facility at the Kennedy Space Center, the former shuttle runway now operated as a commercial launch site by Space Florida. The company also had a Space Act agreement with KSC, with the center offering data on atmospheric conditions at the center to assist in trajectory analysis and access to test facilities there.

The company set up operations in Florida because of their concept of operations. Shifting stratospheric winds mean the ideal launch location is a peninsula that allows for splashdowns if the winds take the balloon to the east or to the west. “In the continental U.S., that’s Florida,” MacCallum said. “Once you’ve decided to go to Florida, KSC is the obvious spot.”

The company is considering expanding to other locations, starting with Cecil Spaceport, a former naval air station in Jacksonville, Florida, that is licensed as a spaceport by the FAA. The company is also considering flights from Alaska, which could give passengers a unique view of the aurora, as well as Hawaii and Europe.

With initial operations at KSC, the company may also establish a manufacturing facility for the balloon and capsule in the area. “We’ve not yet determined where we’re going to finalize the location for our headquarters and manufacturing,” Poynter said. “Being that our primary launch location is here in Florida, that presents an opportunity here, and is probably where we would want to be, but we are looking at other locations as well.”

Space Perspective has raised an initial round of funding, the size of which the company declined to disclose. That round was led by Base Ventures, a venture fund. “We have a runway through much of next year,” Poynter said, including initial test flights.

The company believes its long-term plans should insulate it from the near-term economic disruptions caused by the coronavirus pandemic, which has hurt the travel and tourism sector particularly hard. “We’re not going to be flying people for a number of years. Surely by then we’ll be back to whatever ‘normal’ becomes,” she said.

Space Perspective has not yet set a ticket price, although the company expects to do so in about a year. Poynter estimated that a flight on Spaceship Neptune will cost roughly half that of a suborbital spaceflight on Virgin Galactic’s SpaceShipTwo. Virgin Galactic had been selling tickets for $250,000, but suspended sales after a 2014 test flight accident. Virgin Galactic has not resumed ticket sales but is preparing to do so, and hinted that when it does it will be at a higher price.

Poynter said Space Perspective commissioned a study from an unidentified “very well-known global marketing company” on the demand for such flights. That study, she said, found a market similar in size to what Virgin Galactic has estimated in its U.S. Securities and Exchange Commission filings, which projected an addressable market of more than two million people worldwide. “That’s fantastic,” she said of the study’s results. “There’s a huge market out there.”

She added she didn’t expect World View to compete with Space Perspective on flying people, despite those original plans. “As World View founders and shareholders, we are World View’s wildest cheerleaders, but this is a completely separate company,” she said. “On a customer basis, we’re entirely different.”