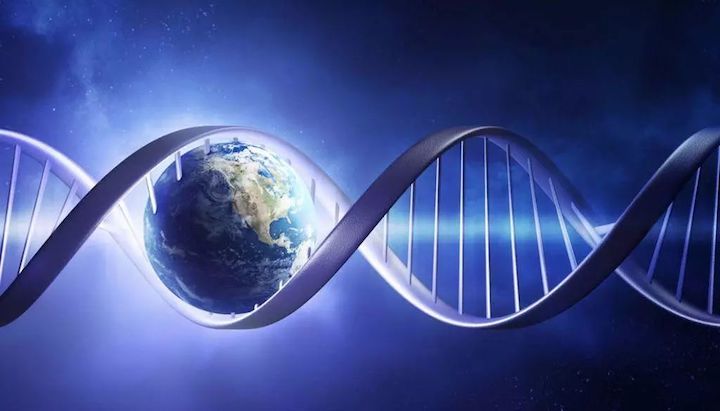 One of the biggest and longest-standing questions in the history of human thought is whether there are other intelligent life forms within our Universe. Obtaining good estimates of the number of possible extraterrestrial civilizations has however been very challenging.

A new study led by the University of Nottingham and published today in The Astrophysical Journal has taken a new approach to this problem. Using the assumption that intelligent life forms on other planets in a similar way as it does on Earth, researchers have obtained an estimate for the number of intelligent communicating civilizations within our own galaxy -the Milky Way. They calculate that there could be over 30 active communicating intelligent civilizations in our home Galaxy.

Professor of Astrophysics at the University of Nottingham, Christopher Conselice who led the research, explains: "There should be at least a few dozen active civilizations in our Galaxy under the assumption that it takes 5 billion years for intelligent life to form on other planets, as on Earth." Conselice also explains that, "The idea is looking at evolution, but on a cosmic scale. We call this calculation the Astrobiological Copernican Limit."

First author Tom Westby explains: "The classic method for estimating the number of intelligent civilizations relies on making guesses of values relating to life, whereby opinions about such matters vary quite substantially. Our new study simplifies these assumptions using new data, giving us a solid estimate of the number of civilizations in our Galaxy.

The two Astrobiological Copernican limits are that intelligent life forms in less than 5 billion years, or after about 5 billion years - similar to on Earth where a communicating civilization formed after 4.5 billion years. In the strong criteria, whereby a metal content equal to that of the Sun is needed (the Sun is relatively speaking quite metal rich), we calculate that there should be around 36 active civilizations in our Galaxy."

The research shows that the number of civilizations depends strongly on how long they are actively sending out signals of their existence into space, such as radio transmissions from satellites, television, etc. If other technological civilizations last as long as ours which is currently 100 years old, then there will be about 36 ongoing intelligent technical civilizations throughout our Galaxy.

However, the average distance to these civilizations would be 17,000 light-years away, making detection and communication very difficult with our present technology. It is also possible that we are the only civilization within our Galaxy unless the survival times of civilizations like our own are long.

Professor Conselice continues: "Our new research suggests that searches for extraterrestrial intelligent civilizations not only reveals the existence of how life forms, but also gives us clues for how long our own civilization will last. If we find that intelligent life is common then this would reveal that our civilization could exist for much longer than a few hundred years, alternatively if we find that there are no active civilizations in our Galaxy it is a bad sign for our own long-term existence. By searching for extraterrestrial intelligent life -- even if we find nothing -- we are discovering our own future and fate."

Scientists say most likely number of contactable alien civilisations is 36 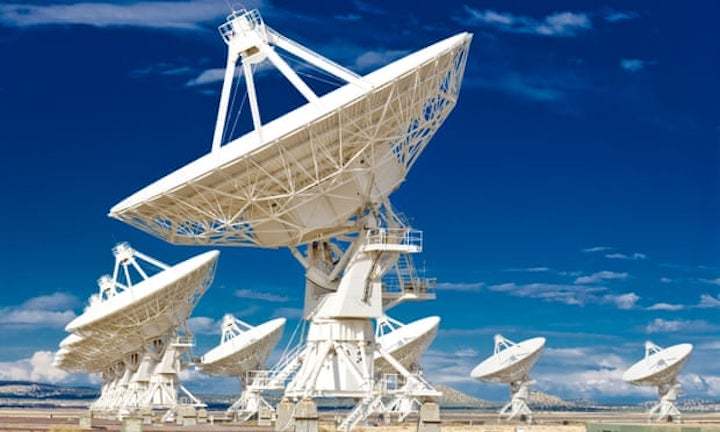 They may not be little green men. They may not arrive in a vast spaceship. But according to new calculations there could be more than 30 intelligent civilisations in our galaxy today capable of communicating with others.

Experts say the work not only offers insights into the chances of life beyond Earth but could shed light on our own future and place in the cosmos.

“I think it is extremely important and exciting because for the first time we really have an estimate for this number of active intelligent, communicating civilisations that we potentially could contact and find out there is other life in the universe – something that has been a question for thousands of years and is still not answered,” said Christopher Conselice, a professor of astrophysics at the University of Nottingham and a co-author of the research.

In 1961 the astronomer Frank Drake proposed what became known as the Drake equation, setting out seven factors that would need to be known to come up with an estimate for the number of intelligent civilisations out there. These factors ranged from the the average number of stars that form each year in the galaxy through to the timespan over which a civilisation would be expected to be sending out detectable signals.

But few of the factors are measurable. “Drake equation estimates have ranged from zero to a few billion [civilisations] – it is more like a tool for thinking about questions rather than something that has actually been solved,” said Conselice.

Now Conselice and colleagues report in the Astrophysical Journal how they refined the equation with new data and assumptions to come up with their estimates.

“Basically, we made the assumption that intelligent life would form on other [Earth-like] planets like it has on Earth, so within a few billion years life would automatically form as a natural part of evolution,” said Conselice.

The assumption, known as the Astrobiological Copernican Principle, is fair as everything from chemical reactions to star formation is known to occur if the conditions are right, he said. “[If intelligent life forms] in a scientific way, not just a random way or just a very unique way, then you would expect at least this many civilisations within our galaxy,” he said.

He added that, while it is a speculative theory, he believes alien life would have similarities in appearance to life on Earth. “We wouldn’t be super shocked by seeing them,” he said.

Under the strictest set of assumptions – where, as on Earth, life forms between 4.5bn and 5.5bn years after star formation – there are likely between four and 211 civilisations in the Milky Way today capable of communicating with others, with 36 the most likely figure. But Conselice noted that this figure is conservative, not least as it is based on how long our own civilisation has been sending out signals into space – a period of just 100 years so far.

The team add that our civilisation would need to survive at least another 6,120 years for two-way communication. “They would be quite far away … 17,000 light years is our calculation for the closest one,” said Conselice. “If we do find things closer … then that would be a good indication that the lifespan of [communicating] civilisations is much longer than a hundred or a few hundred years, that an intelligent civilisation can last for thousands or millions of years. The more we find nearby, the better it looks for the long-term survival of our own civilisation.”

Dr Oliver Shorttle, an expert in extrasolar planets at the University of Cambridge who was not involved in the research, said several as yet poorly understood factors needed to be unpicked to make such estimates, including how life on Earth began and how many Earth-like planets considered habitable could truly support life.

Dr Patricia Sanchez-Baracaldo, an expert on how Earth became habitable, from the University of Bristol, was more upbeat, despite emphasising that many developments were needed on Earth for conditions for complex life to exist, including photosynthesis. “But, yes if we evolved in this planet, it is possible that intelligent life evolved in another part of the universe,” she said.

Prof Andrew Coates, of the Mullard Space Science Laboratory at University College London, said the assumptions made by Conselice and colleagues were reasonable, but the quest to find life was likely to take place closer to home for now.

“[The new estimate] is an interesting result, but one which it will be impossible to test using current techniques,” he said. “In the meantime, research on whether we are alone in the universe will include visiting likely objects within our own solar system, for example with our Rosalind Franklin Exomars 2022 rover to Mars, and future missions to Europa, Enceladus and Titan [moons of Jupiter and Saturn]. It’s a fascinating time in the search for life elsewhere.”