Scientists at Skolkovo Institute of Science and Technology (skoltech), together with colleagues from the Karl-Franzens University of Graz and the Kanzelhoehe Observatory (Austria) developed an automatic method for detecting “coronal dimmings”, or “traces” of coronal mass ejections at the Sun, and also proved that they are reliable indicators of the early diagnosis of powerful emissions of energy from the atmosphere of the Sun, traveling to Earth at great speed. The results of the study are published in the Astrophysical Journal.

Coronal mass ejections are among the most striking manifestations of solar activity. Huge plasma clouds pierced by magnetic lines are ejected from the atmosphere of the Sun into the surrounding space at speeds of 100-3500 km/s. If a stream of charged particles reaches the Earth, auroras and magnetic storms arise in its atmosphere. This can lead to serious problems in the operation of electrical equipment and signal loss, and spacecraft and astronauts in outer space are most exposed to danger. 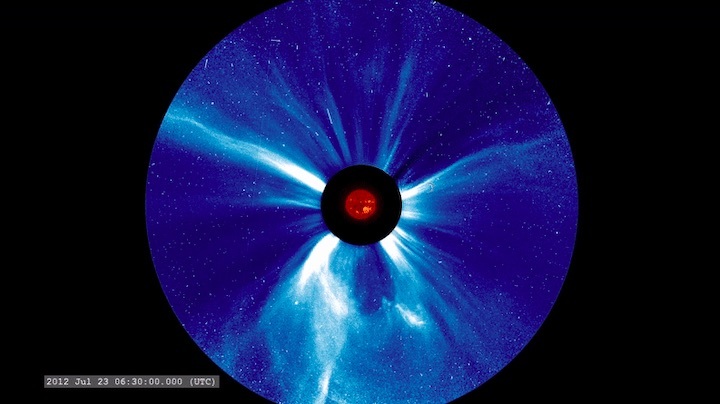 Coronal mass ejections occur in the atmosphere of the Sun, the solar corona, which is very sparse and does not shine as bright as the solar disk. Therefore, the evolution of these ejections can be observed only with the help of special tools – coronagraphs, creating an artificial solar eclipse and blocking the bright Sun with a dark disk. Coronagraphs installed on Earth do not provide accurate results due to the bright glow of the sky, therefore they are usually installed on spacecraft. To date, there are only two coronagraphs in space: aboard the STEREO-A and SOHO satellites; new missions are expected no earlier than in a few years. However, coronagraph observations have a significant drawback: blocking the solar disk by several radii makes it impossible to discern the early evolution of the ejection, but only its shape at a developed stage.

But one can approach the solution of this problem from another angle and study the “trace” directly on the Sun – coronal dimmings, rather than the coronal ejection itself. If you observe the solar corona in the ultraviolet, then you can see the gaps in the intensity – dark spots that are associated with the loss of substance in the corona during the ejection of plasma, – these are dimmings. Due to the unique position of the STEREO-A, STEREO-B and SDO satellites, it was for the first time possible to compare the size and brightness of coronal dimming from different observation points. The obtained results confirm the earlier work of the co-authors of the study from the University of Graz, where the same dimmings were studied on the solar disk using images of the SDO satellite. 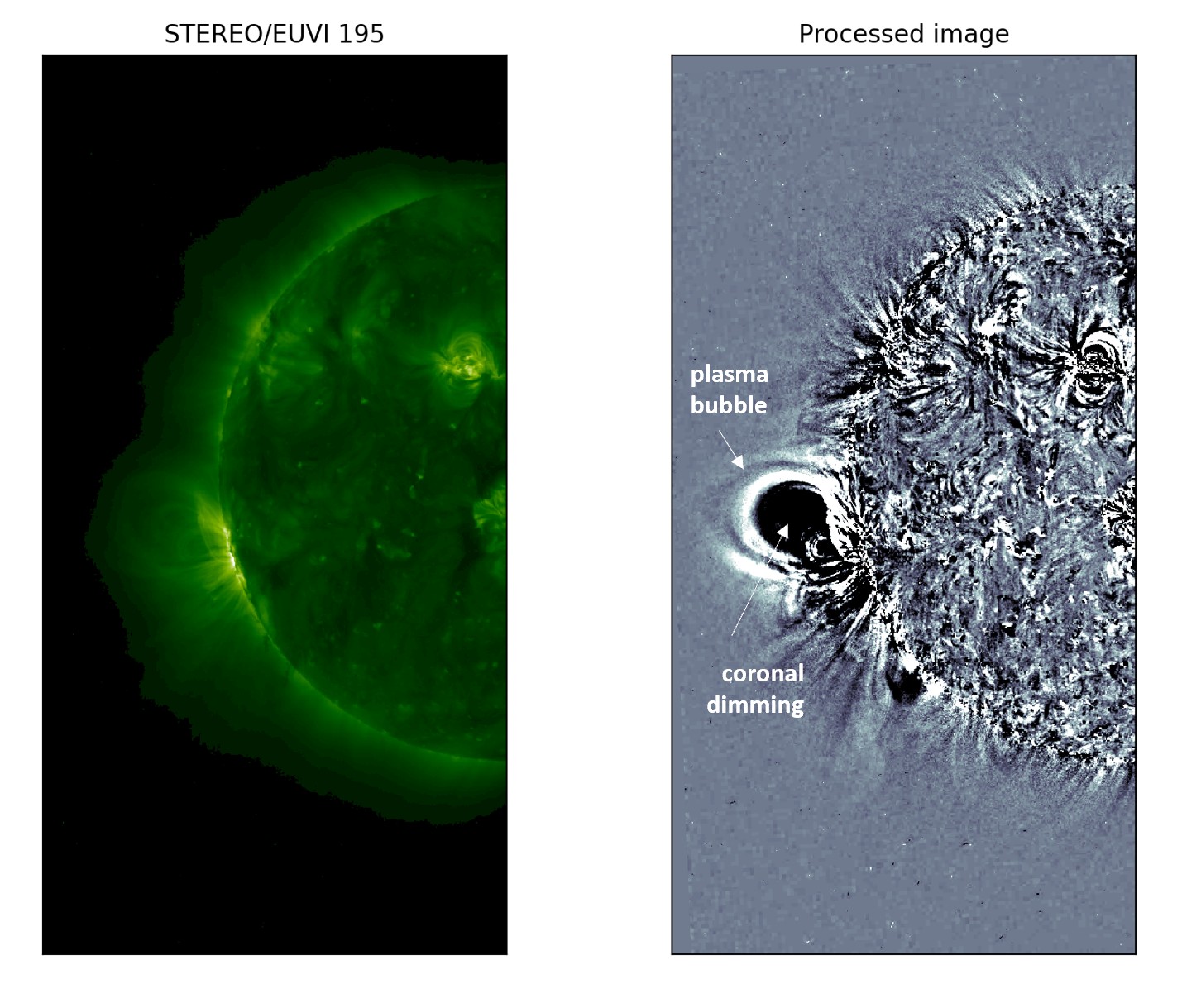 “We showed that by observing dimmings on the Sun, it is possible to estimate the mass and speed of the coronal mass ejection at early stages – key parameters that allow us to predict the scale of the event and the time of its expected consequences on Earth. This is of great applied importance for the development of operational space weather services, as well as for future space missions to the Lagrange point L5. Spacecraft will be located in the orbit, always retaining the same position with respect to the Earth. This will make it possible to detect traces of coronal mass ejections directly on the Sun, as well as to predict the parameters of powerful ejections before they are seen from Earth, ”says a graduate student at the Skoltech Space Center and the first author of the study, Galina Chikunova.

“Humanity is entering a new era in the exploration of outer space, the creation of new space technologies that are gradually moving into our daily lives. At present, it is very important to study the nature of explosions on the Sun, to develop methods for their early forecasting, in order to protect our society and technologies from the dangers of space weather, to turn off equipment in satellites in time, to move astronauts to a protected area, to cancel satellite maneuvers, air travel through the polar regions, report possible navigation problems. And whatever storms may rage, we wish everyone a good weather in space,” says Tatyana Podladchikova, professor at the Skoltech Space Center, research co-author.