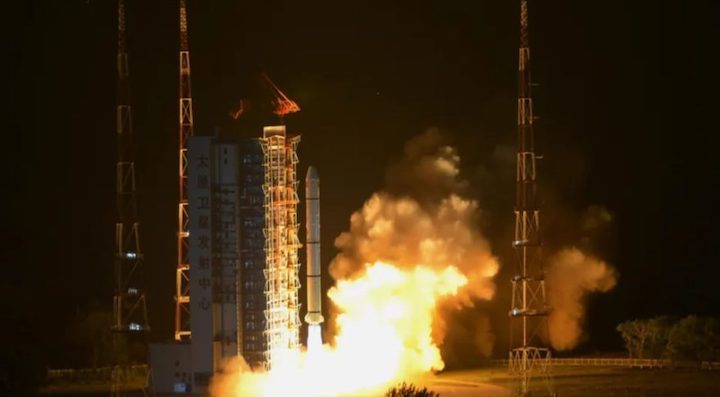 The first sign that launch had occurred came just under half an hour after liftoff when launch success was confirmed (Chinese) by the state-owned China Aerospace Science and Technology Corp., the main contractor for the country’s space programs.

Haiyang-1D is based on a CAST2000 small satellite platform and is stated to have a mass of around 442 kilograms at liftoff.

The satellite will form China’s first maritime civilian satellite constellation along with the Haiyang-1C satellite which launched in 2018. Together they will conduct networking observations in the morning and afternoon, greatly improving the global coverage of aquatic satellites, according to NSOAS.

Haiyang-1D will have an equatorial crossing time of 1 p.m. ascending, while Haiyang-1C has an ECT of 10:30 a.m. descending, according to the World Meteorological Organization.

Haiyang-1D is the sixth ocean observation in the Haiyang series launched by China. Additionally the Chinese-French Oceanography Satellite (CFOSAT) launched in October 2018.

Wednesday’s mission is the first to be launched from Taiyuan since mid-January. It is unclear what impact, if any, the COVID-19 outbreak had on operations at the center.

A previous Long March 2C launch in July 2019 saw the introduction of grid fins to the launch vehicle. CASC published images of the launch which indicate no further trial was conducted Wednesday.

The Long March 2C launched was the 13th orbital launch by China in 2020, including two failures. CASC is aiming to launch more than 40 times this year according to a January statement.

Indications of the causes of two failures, in May 2019 and April this year, have appeared in a tender (Chinese) for the insurance of a future government remote sensing satellite launch.

The Xichang Satellite Launch Center is currently gearing up to launch a 55th Beidou navigation and positioning satellite which will see the system become fully operational. 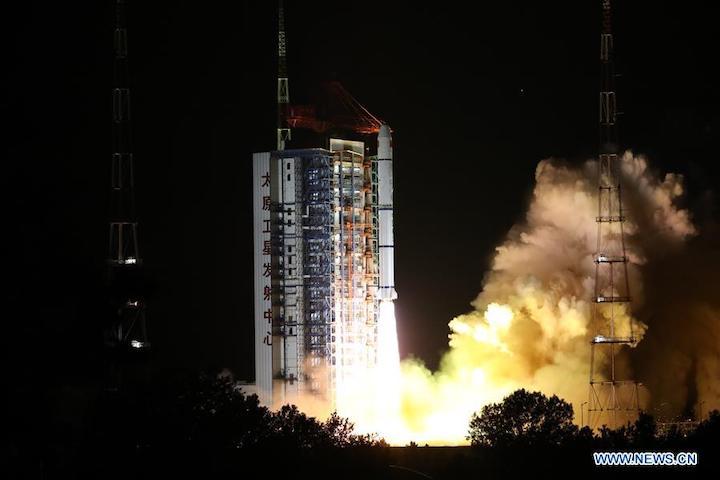 A civilian-operated Chinese oceanography satellite deployed in orbit after lifting off on a Long March 2C rocket Wednesday, joining a predecessor launched in 2018 to monitor ocean color and water temperatures.

Chinese engineers also debuted modifications to the Long March 2C’s payload fairing to help the structure keep its shape during the fall to Earth, the latest in a series of experiments that could help lead to the recovery and reuse of future Chinese rockets.

Powered by hydrazine-fueled engines, the two-stage launcher climbed away from Taiyuan with more than 600,000 pounds of thrust, arcing toward the south to deliver the Haiyang 1D spacecraft to a polar orbit inclined 98.4 degrees to the equator.

U.S. military tracking date indicated the satellite deployed into an orbit around 480 miles (775 kilometers) above Earth, very close to the prelaunch target. Chinese officials declared the launch a success.

After jettisoning from the launcher a few minutes after liftoff, the payload shroud on Chinese rockets typically falls back to the ground uncontrolled. Built with lightweight thin walls to reduce the mass, the two-piece payload fairing can lose its shape during descent.

Chinese officials added an X-shaped beam to reinforce the fairing structure to help the nose cone avoid damage during the fall back to Earth. Engineers also installed an optical fiber sensor on the fairing to measure strain, stress and other parameters during the fairing’s descent back through the atmosphere, according to CALT.

The data will help inform future upgrades to the fairing, officials said.

Launches from most Chinese spaceports, including Taiyuan, drop booster stages and payload fairings on land, rather than over the ocean.

The Chinese launch vehicle manufacturer did not say the changes to the fairing were conceived to aid the recovery and possible reuse of future payload shrouds, but the fairing modification comes after the introduction of aerodynamic grid fins on a Long March 2C rocket launch last year.

At that time, Chinese officials said the grid fins — resembling the winglet fins on SpaceX’s reusable Falcon 9 rocket boosters — were designed to help guide falling Long March stages away from populated areas as they fall back to Earth.

But Chinese companies have said they are studying reusable rocket technology.

China operates two families of Haiyang satellites — the Haiyang 1-series and Haiyang 2-series — that carry different sets of oceanography instruments. The previous member of the Haiyang 1 family, Haiyang 1C, launched in September 2018 with a similar instrument suite as Haiyang 1D.

Haiyang 1D, the fourth spacecraft in the Haiyang 1-series, will operate in tandem with Haiyang 1C, Chinese officials said. The spacecraft was was built by DFH Satellite Co. Ltd.

The instruments aboard the Haiyang 2B spacecraft, which launched in October 2018, include a radar altimeter to measure ocean topography, a microwave radiometer to map sea surface temperatures, and a scatterometer to collect wind data over the oceans.

The Haiyang satellite series is named for the Chinese word for “ocean.”