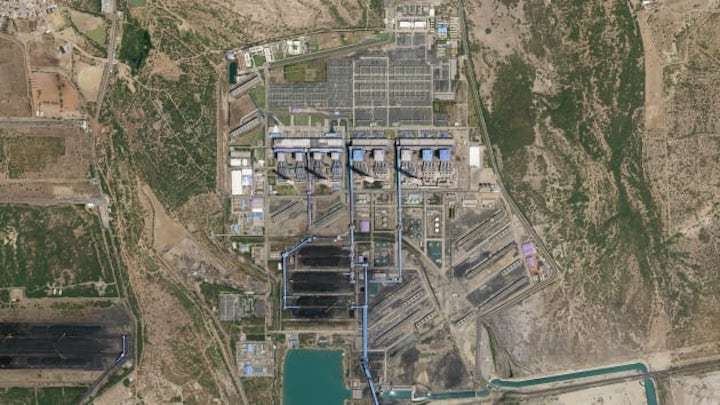 A SkySat 50 centimeter resolution image of the Mundra Power Plant in Gujarat, India on April 4, 2020.
Planet

Satellite imagery specialist Planet unveiled on Tuesday how the completion of its SkySat fleet will allow customers to more quickly access detailed imagery of anywhere in the world.

The VC-backed space company is set to complete its SkySat constellation of satellites in the next two months with a pair of SpaceX launches, sending the last six satellites for the fleet into orbit and bringing total in space to 21. Planet acquired the high-resolution SkySat satellites from Alphabet’s Google in 2017, with the constellation representing an upgrade from Planet’s existing fleet of medium-resolution Dove satellites.

In addition to completing the fleet, Planet announced it lowered the altitude of the SkySat fleet to improve the resolution to 50 centimeters. Once all the satellites are in orbit, the SkySat constellation will be able to image anywhere in the world seven times a day ― and some locations up to 12 times per day.

Planet currently has about 30,000 users of its imagery, which stems from around 500 customers in more than 40 countries. While the company has traditionally served imagery customers in the U.S. government and intelligence branches, commercial sectors such as agriculture, forestry, energy and infrastructure are growing. The improved resolution of Planet’s imagery to 50 centimeters will allow for its customers to make more key distinctions when using the images, the company said. For example, Thomason said that at 50 centimeters it becomes possible to distinguish between semi-trucks and buses or between cars and pickup trucks.

“It becomes easier to do estimations of material coming out of a mine or of equipment staging within mining operations,” Thomason said.

The company also unveiled an automated “tasking dashboard” for customers to request satellite imagery. Thomason emphasized that Planet expects the dashboard will be especially helpful for its commercial customers, saying that “satellite imagery has historically been a difficult product ... because the tools have been relatively bespoke” and not intuitive.

“A big blocker for customers to get access to satellite imagery is just the process of tasking an image of, telling a satellite image provider where to point and shoot,” Thomason said.

The Planet dashboard for users to task satellites.
Planet

Planet’s dashboard “is a lot like putting in your address of where you want to collect an image,” Thomason said.

Customers will be able to track the progress of an order through the dashboard and Planet expects to be able to process high priority orders within the same day. Thomason added that the improved access to satellite imagery for its customers, paired with the number of daily revisits and higher resolution, “has really opened up the commercial market” for Planet.

“It’s a great growth opportunity,” Thomason said. “It’s become easier for our customers to use, which means we get more customers and that means there’s more demand, which means we have good reason to launch more satellites.”

Behind SpaceX, Planet has raised the second-most private equityof any company in the space sector, bringing in a total of over $400 million.

The last six SkySat satellites will also be the first of another company to hitch a ride on a SpaceX Starlink launch. Elon Musk’s rocket company last year unveiled its “smallsat rideshare program,” in which small satellites can launch as secondary payloads when SpaceX launches its rockets. That includes when SpaceX flies its own Starlink internet satellites, which the company launches about once a month.

“Because they’re launching Starlink so often there was a lot of flexibility with finding a time to launch that works for us,” Planet’s VP of launch Mike Safyan told CNBC.

Each SkySat satellite is “roughly the size of a washing machine,” Safyan explained, with a mass of about 110 kilograms. SpaceX advertises rideshare mission at a price as low as $1 million per 200 kilograms.

Planet engineers in a cleanroom with a SkySat satellite.
Planet

SpaceX has launched eight Starlink missions so far, with each carrying 60 Starlink satellites. It’s unclear whether adding Planet’s three satellites will require SpaceX reduce how many Starlink satellites it launches at once, but Safyan said that his company built a “a custom adapter plate that allows us to fit on top of the Starlink stack” inside the rocket’s nosecone.

Quelle: CNBC
Raumfahrt - How Planet’s new satellite fleet will bring detailed images of places on Earth up to 12 times a day
307 Views
Created with page4