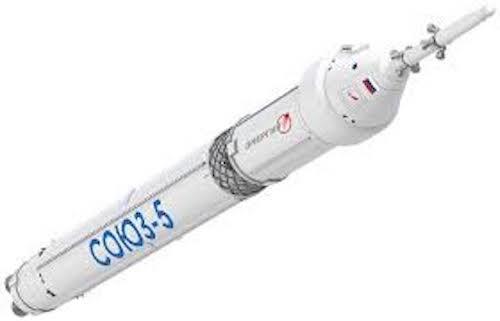 The construction of a launch pad for Soyuz-5 carrier rockets will begin at the Vostochny spaceport in the Russian Far East no later than 2025, CEO of the Center for the Operation of Ground-Based Space Infrastructure Andrei Okhlopkov said on Tuesday.

"The year 20205 is the deadline when we are planning to start the construction," the chief executive said.

Now the conceptual design work on the launch pad is underway, he said.

Control of the future compound will be exercised from the launch pad for Angara carrier rockets, he added.

The Soyuz-5 (Irtysh) medium-class carrier rocket is being developed by Energia Space Rocket Corporation. The rocket is designed for launches from the Baikonur Cosmodrome as part of the Baiterek joint project with Kazakhstan.

The Kazakh side is responsible for creating the ground-based infrastructure of the Baiterek space rocket compound by upgrading the available Zenit-M launch site. The work on the new rocket is due to be completed by 2021 and its first launch is planned for 2023. Four launches are planned during the new rocket’s flight tests.

The new rocket’s elements and technologies are planned to be used in the first stage of a super-heavy rocket, which Russia is developing and which is slated for launches from the Vostochny spaceport.