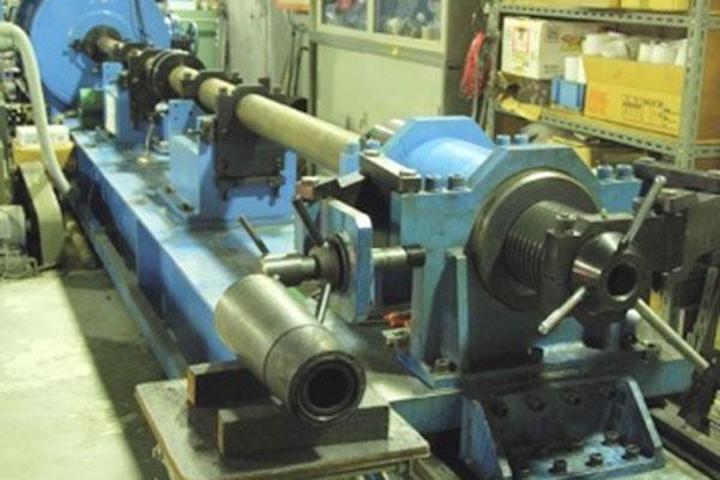 A new study reveals that asteroid impact sites in the ocean may possess a crucial link in explaining the formation of the essential molecules for life. The study discovered the emergence of amino acids that serve as the building blocks for proteins - demonstrating the role of meteorites in bringing life's molecules to earth, and potentially Mars.

There are two explanations for the origins of life's building molecules: extraterrestrial delivery, such as via meteorites; and endogenous formation. The presence of amino acids and other biomolecules in meteorites points to the former.

Researchers from Tohoku University, National Institute for Materials Science (NIMS), Center for High Pressure Science & Technology Advanced Research (HPSTAR), and Osaka University simulated the reactions involved when a meteorite crashes into the ocean. To do this, they investigated the reactions between carbon dioxide, nitrogen, water, and iron in a laboratory impact facility using a single stage propellant gun. Their simulation revealed the formation of amino acids such as glycine and alanine. These amino acids are direct constituents of proteins, which catalyze many biological reactions.

The team used carbon dioxide and nitrogen as the carbon and nitrogen sources because these gases are regarded as the two major components in the atmosphere on the Hadean Earth, which existed more than 4 billion years ago.

Corresponding author from Tohoku University, Yoshihiro Furukawa, explains, "Making organic molecules form reduced compounds like methane and ammonia are not difficult, but they are regarded as minor components in the atmosphere at that time." He adds, "The finding of amino acid formation from carbon dioxide and molecular nitrogen demonstrates the importance in making life's building blocks from these ubiquitous compounds."

The hypothesis that an ocean once existed on Mars also raises interesting avenues for exploration. Carbon dioxide and nitrogen are likely to have been the major constituent gases of the Martian atmosphere when the ocean existed. Therefore, impact-induced amino acid formation also provides a possible source of life's ingredients on ancient Mars.