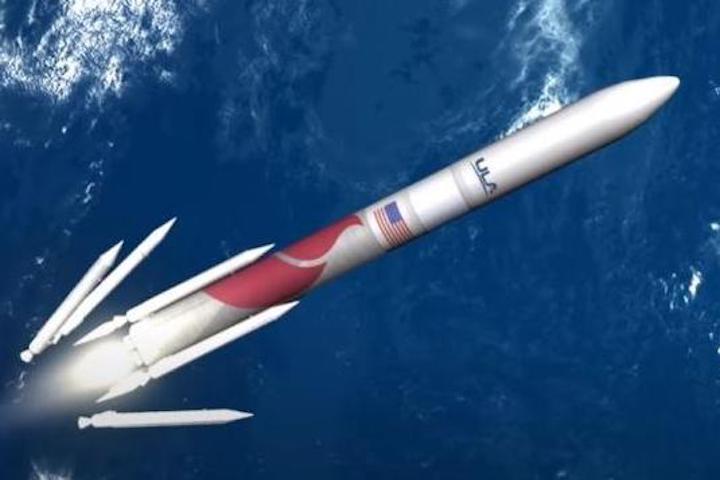 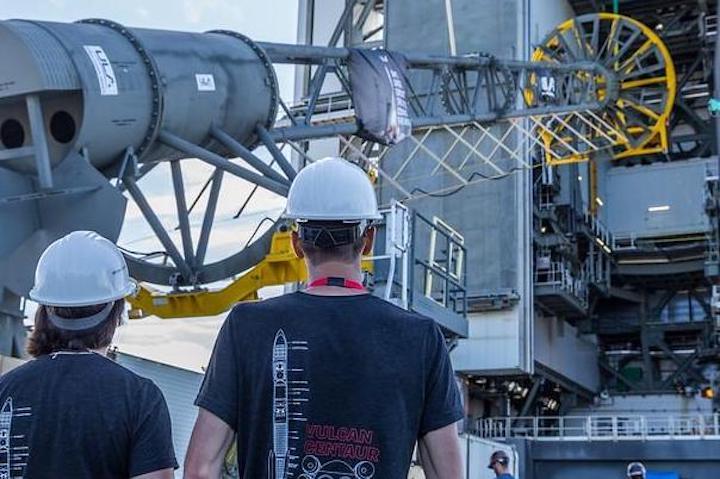 United Launch Alliance, a leading launch provider to the U.S. government for 14 years, is on schedule to launch its next-generation rocket, the Vulcan Centaur, in early 2021, CEO Tony Bruno said.

The new rocket is designed to provide a more efficient, more powerful launch vehicle than ULA's workhorse rockets, Atlas and Delta, with engines produced in the United States. The company previously bought Russian rocket engines, which Congress outlawed in a bill passed in 2014.

The work on Vulcan proceeds amid a recession and workplace restrictions due to the COVID-19 pandemic.

"We decided at the beginning of March we were going to jump on this coronavirus prevention," Bruno told UPI. "We are not actually missing any milestones."

Bruno said the company, like many, transitioned to a high level of remote work where possible, with sanitation, masks and social distancing in manufacturing areas. The result, he said, was far fewer absences than in a normal flu season.

"Unfortunately, you just can't build a rocket from your couch in your pajamas," he joked.

Last week, SpaceX became the first private company to send astronauts into orbit with the launch of its Crew Dragon from the United States to the International Space Station.

ULA has agreed to buy engines made by Blue Origin, the BE-4, which gives those two companies a partial alliance in the competition.

As a private company developing new technology, the company doesn't reveal how much it is spending on Vulcan development.

"It generally takes several billion to develop a new rocket from scratch. This is mostly completely new," Bruno said.

The Air Force (now Space Force) Space and Missile Systems Center announced in 2019 that it would accept only two of the four rocket systems under development, at some point in 2020. Some members of Congress, though, have suggested funding a third company to maintain competition.

The government has committed $967 million to ULA through 2024 for the development of the rocket, but it may not ultimately be chosen for missions. ULA is funding three-quarters of the rocket development budget, Bruno said.

Analysts have postulated that SpaceX and ULA will win the competition, said Marco Cáceres, an analyst at the Virginia-based Teal Group.

"ULA is the legacy company that's provided launch service to the Air Force for so long," Cáceres said. "They have an incredible record for reliability, but they're still not going to be competitive with SpaceX on price."

SpaceX's big advantage is that it is flying the Falcon 9 rocket on many missions for the government, while its three competitors still work on new rocket models. SpaceX also says it lowered the cost of launch by making its rocket's largely reusable.

SpaceX recovers the first-stage booster and the fairing halves, or nose cone, for many launches and reuses those.

ULA has a plan to reuse the engines by catching them with helicopters and grappling hooks, midair, as they fall back to Earth. While that has been done with rocket parts in the past, ULA still needs to prove that can work, Cáceres said.

"They are trying to be more reusable, but they don't have that track record," he said. "It's hard to change corporate culture overnight, though."

ULA has two additional customers signed up for Vulcan launches, including California-based Sierra Nevada, which has developed the new Dreamchaser spaceplane to launch cargo to the ISS.

Analysts believe ULA would struggle to bring Vulcan to market without the major Space Force contracts, said Chris Quilty, founder of Quilty Analytics based in the Tampa, Fla., area.

ULA must bring Vulcan to market quickly and safely, either way, Quilty said.

"Imagine what happens the first time ULA blows up something. The program would shut down for two years," he said. "I don't think they have the culture or risk tolerance that would allow them to quickly pivot from a failure."

Newly arrived NASA astronauts Bob Behnken and Doug Hurley, front row from left to right, pose for a photo with the rest of the crew aboard the International Space Station on May 31. On the back row, from left to right are Roscosmos flight engineer Anatoly Ivanishin, NASA Commander Chris Cassidy and Roscosmos engineer Ivan Vagner. Photo courtesy of NASA
Quelle: UPI
Raumfahrt - ULA on track to launch new Vulcan rocket in early 2021
359 Views
Created with page4