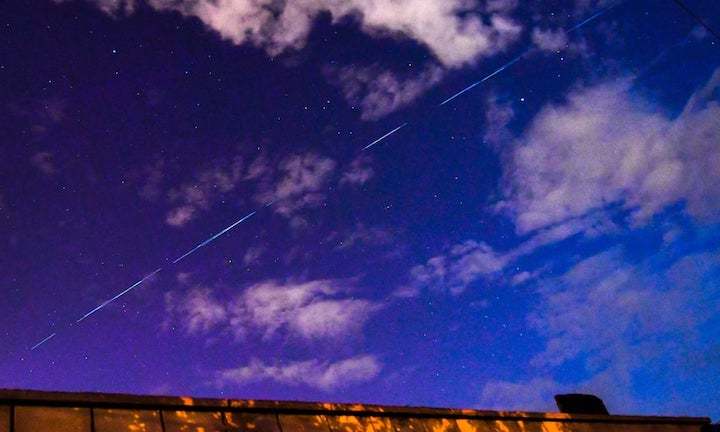 Astronomers in the southern hemisphere have warned that the wonders of the night sky are at risk from hundreds of satellites that have been shot into space by Elon Musk’s company SpaceX.

The night skies of Australia and New Zealand are globally renowned for their clarity, drawing tourists from across the world to dark-sky sanctuaries such as Tekapo on New Zealand’s South Island and the Warrumbungle national park in New South Wales.

But local astronomers say SpaceX’s Starlink satellites are changing the night sky forever, risking not only a sacred cultural space but also the work of scientists around the globe.

“As a global community, we need to have a conversation about how the night sky should look – this is an urgent public issue,” says Dr Michele Bannister, a senior lecturer in astronomy at the University of Canterbury in New Zealand.

“The sky is just starting to become filled with these very optically bright satellites. When you look into the night sky, do you want to see nature or do you want to see artificial constructions? Because this is what it comes down to.”

Since May last year SpaceX has launched about 400 of the satellites. Their mission, according to the company, is to provide high-speed, cheap broadband internet to remote parts of the globe. But their presence is causing alarm .

Since the satellites have been deployed – they are launched in batches of 60 and look like a train travelling across the sky – images of the solar system taken by scientific observatories have been destroyed due to the light pollution they cause.

Prof Jonti Horner, an astrophysicist at the University of South Queensland in Australia, said sightings of the satellites had increased under lockdown.

He said the night sky itself was under threat. “Compare the night sky to a beloved landmark like Uluru [formerly Ayers Rock], there is an appreciation that Uluru has an intrinsic value and that it is sacred and precious. It is the same with the night sky – but there is no governing body of space, no oversight, no one really in control,” says Horner.

“There have been decades of degradation of the night sky. I grew up in the north of England and my night sky was orange. Nowhere in the UK has as good skies as here or in New Zealand.”

“We’ve lost a lot of the night sky already and this is the next step in its destruction – unless we do something about it.”

Similar concerns have been voiced by astronomers and amateur stargazers from Canada to Cornwall, with many of them sharing images of night skies ablaze with trails of Starlink satellites on social media.

“What caught everyone, principally, by surprise was the sheer brightness of the ‘string of pearls’ going across the sky,” Jeff Hall, director of the Lowell Observatory in Arizona, told Space News.

With American astronomers at least, Hall said SpaceX has been “very receptive, very proactive”, in discussions on brightness.

But in the southern hemisphere, the concerns are particularly acute, as the low light pollution from other sources makes the Starlink satellites more noticeable, even to the naked eye.

SpaceX has previously said it plans to launch 12,000 satellites, and after protests from the public and the astronomical community, it has begun testing ways to make the satellites less obtrusive, including painting them in dark colours and installing sun visors to limit light reflection.

According to a recent report by CNBC, SpaceX’s new DarkSat design reduces the brightness of its satellites by 55%, and by June all of its StarLink launches will include the VisorSat design – essentially a sun visor to reduce the satellite’s reflectiveness.

The Guardian was not able to independently confirm these claims.

Southern hemisphere astronomers remain sceptical about SpaceX’s claims and say no matter what provisions the company makes, the sheer volume of them will remain an issue in the clear skies of the southern hemisphere – especially at twilight.

On the Otago peninsula at the bottom of the South Island, Dr Ian Griffin, an astronomer and director of the Otago museum who came up with the hashtag #muskdestroysdusk, described the satellites as “vermin of the sky”.

Visible over New Zealand since 2019, amateur stargazers quickly noticedsomething was out of place. In Australia, one photographer thought he had captured pictures of the Eta Aquarids meteor shower, but in fact it turned out he had snapped the SpaceX satellites.

Michael Brown, an associate professor at Monash University’s school of physics and astronomy, fears Starlinks are stealing “a sense of wilderness from our world view” that will be irreversible for generations to come. In addition to SpaceX, there are several more private companies preparing to launch their own satellites.

“You want to be able to see the night sky as it was seen by people for millennia - there is something very precious and important about that,” says Brown. “These satellites are constant reminders of the human technological presence no matter where you are in the world at night. There is something deeply unsettling about that.”