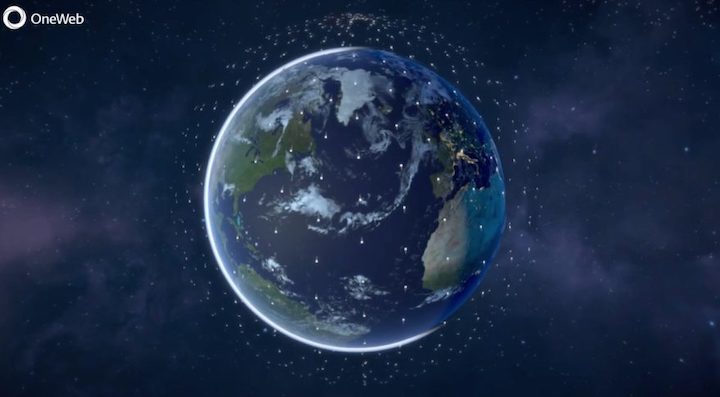 WASHINGTON — Astronomers who have spent the last year worried about the effect that SpaceX’s Starlink satellites will have on their observations say they are increasingly concerned about the impact from other proposed megaconstellations.

SpaceX has responded to those concerns first with an experimental “DarkSat” launched in January, whose surfaces were darkened to reduce the amount of sunlight they reflected. SpaceX followed that up with a “VisorSat” on the most recent Starlink launch June 3, a satellite that has sunshades intended to block sunlight from reaching reflective surfaces on the satellite.

While the effectiveness of VisorSat will have to be measured in the weeks ahead once the spacecraft reaches its final orbit, astronomers say they’re pleased that SpaceX has been willing to work with them on the issue. “The bottom line is that significant resources at SpaceX are being devoted to these technical solutions,” said James Lowenthal of Smith College during a press conference at the 236th Meeting of the AAS June 3.

SpaceX, however, is not the only company with satellite megaconstellation plans. Lowenthal said that astronomers have had far fewer discussions with other satellite operators. “We had one telecon with OneWeb, but then they declared bankruptcy,” he said during a presentation at the conference June 2. “We’ve had no major conversations with other operators.”

That lack of discussions is magnified by new proposals by some companies, including OneWeb, to expand their constellations. Despite filing for Chapter 11 bankruptcy in March, OneWeb submitted plans with the Federal Communications Commission May 27 to increase its constellation by 48,000 satellites to give it “greater flexibility to meet soaring global connectivity demands,” according to a company statement about the proposal.

“The situation just got worse,” said Pat Seitzer of the University of Michigan, who has been studying the effect of Starlink and other satellite constellations on astronomy, at the AAS press conference. The filings by OneWeb and other companies would add as many as 50,000 satellites on top of plans for systems that proposed up to 60,000 satellites. “That’s a very serious problem.”

At the higher altitude, the satellites will be too dim to be seen with the naked eye, assuming the new constellation uses a design similar to OneWeb’s existing satellites. However, Seitzer said that they would still be bright enough to saturate sensitive instruments at that observatory, interfering with observations.

“The majority of the observatories responding expressed significant concerns, grave challenges to science and predicted significant financial costs,” he said. The affected research, he said, included wide-field surveys where it’s impossible to avoid satellites passing through the field of view as well as time-sensitive observations of transient phenomena.

Asked to assess the effects if there are 20,000 satellites in orbit from various megaconstellations, he said, a majority said that nearly all their observations would be affected. “About half said there would be a critical failure of that facility.”

AAS is holding an online workshop in late June to discuss the issue with astronomers and satellite companies. Besides SpaceX, Lowenthal said that Amazon, which is developing a satellite system called Project Kuiper, planned to participate.

“Will all these companies be good citizens? We don’t know,” he said of those proposing megaconstellations, warning that such systems threaten to “draw the blinds” on the night sky. “Astronomers are working hard with SpaceX and, we hope, other satellite operators to understand and to reduce the impacts to astronomy and the night sky.”